Shouting in the season of Lent

The courage of a middle school boy stayed with me after my first opportunity as an ELCA Hunger Fellow to facilitate faith advocacy training and lawmakers meetings for a Lutheran youth group visiting Washington, D.C. from Massachusetts. During one of those meetings, he forthrightly told a policy-maker that addressing 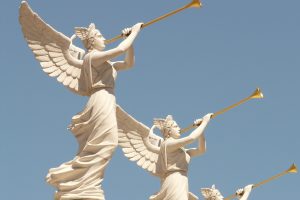 educational disparities is necessary to eliminating hunger in our country. “Shout out, do not hold back!” Like the exclamation of Isaiah 58:1 which we hear on Ash Wednesday, this student was calling out the sinful inequalities of the world.

During this season of self-reflection, humility, of fasting, what does it mean when we hear the Lenten verse from Joel 2:12-17,  “blow the trumpet of Zion…for the day of the Lord is near…sanctify a fast; call a solemn assembly; gather the people”?

When I initially think of fasting, I think of a personal spiritual practice – a personal decision and action that requires abstaining from some behavior. This can be a positive experience. However, when I view fasting in this way, I have the tendency to use it to punish myself for the things I do not like about myself. I often eat too much chocolate, for example, so no chocolate in Lent. This turns me inward and not outward to the world and my community.

This is not the fasting Isaiah is talking about when he proclaims:

Is not this the fast that I choose:
to loose the bonds of injustice,
to undo the thongs of the yoke,
to let the oppressed go free,
and to break every yoke?
Is it not to share your bread with the hungry,
and bring the homeless poor into your house;
when you see the naked, to cover them,
and not to hide yourself from your own kin?
Isaiah 58:6-7

I believe Isaiah is calling me and other Christians to turn outward – fast and repent from the injustices seen our community. He calls us to envision fasting as a tool for communal reflection and action to better align ourselves with our neighbors and with God’s vision for the world.  It is an engagement of our hearts and bodies.

Last year, the ELCA participated in a campaign to #PrayFastAct with our Episcopalian siblings in solidarity with our hungry neighbors and in response to potential cuts in anti-poverty programs. When the pang of hunger is felt when fasting, we are reminded of the shared mortality of our human bodies. We are all from ashes and to ashes we shall return. We are also reminded that many of our neighbors have no choice in this fasting. We see the sinfulness of the world and are called to repent from the sinfulness in ourselves and our world.

In that solidarity, may we all have the same humble courage of that young man to gather together, shout out, and work toward justice in our society. 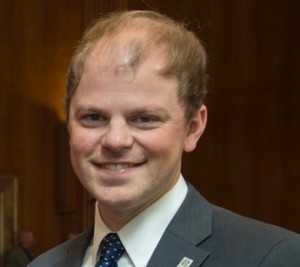 Few of Jesus’ parables are as familiar or artistically resonant as the parable of the prodigal son. Rembrandt immortalized it on canvas. Benjamin Britten set it to lyrics and music. Henri Nouwen wrote a spiritual autobiography around it. Of the multitude of literary and linguistic artifacts that the Bible has deposited into Western culture, the idea of the “prodigal son” is among the most well-known and well-trod.

All of which sometimes makes it hard to hear the parable with fresh ears. Those who grew up in the church will know the beats by heart. The son asks for his inheritance early. He travels to a distant land, squanders it all, and ends up destitute. He comes to his senses (or as the King James and NRSV say, “he came to himself,” Luke 5:17) and realizes that even his father’s servants have enough to eat, so he beats a quick retreat back to the old homestead and begs his father’s forgiveness. Whether the son’s plea is sincere or not, the father welcomes him back joyfully and promptly throws a huge party, fatted calf and all. The brother returns from the fields, sees the party in progress, and is more than mildly piqued at the excess of it all. Jesus wraps it up with the heart of the parable: The father has forgiven this son, who was dead and now has come back to life.

It’s a model of reconciliation and forgiveness, an almost staggering display of generosity of heart that is hard to imagine playing out in modern Western culture. In our culture, those who would presume to ask for an inheritance early would be looked on with suspicion and probably scorn. Anyone who would squander their resources in profligate depravity certainly deserves to live in destitution. And a son who would come home after all that and beg forgiveness, well … certainly no one is obligated to forgive him, even his own parents. These are the messages we’d most likely hear in the contemporary cultural moment.

As an advocate, I find myself hearing something new in the parable this time, and it comes from the juxtaposition of those culturally defined reactions with the beats of the story. Typically, this is read as a story that is principally about forgiveness and reconciliation. I still read it that way. But what if we read it also as a story about generosity and solidarity? A story where a person who has reached the depths of destitution is treated as still human, still worthy of welcome, still worthy of “caritas,” still worthy of grace?

Many advocates who work with and on behalf of people living in poverty will tell you that familiar tropes arise time and again among opponents who don’t want to change the system. Many people are comfortable with our economic status quo, and many believe in the ideology that our position in life is determined almost exclusively by our relative merit and skill in society. The poor, the argument continues, are largely in that condition by their own fault, and so a social program to assist them is predicated on a false assumption that they don’t actually deserve their destitution. This is the “bootstraps” mentality, which is especially prevalent here in the American West.

As I read this parable, however, I encounter something amazing: Here is a person who actually does create his own economic reality, and actually does squander all his resources and land himself in poverty – a far cry from the circumstances of virtually any impoverished family in the United States today, but with the same endgame of penury. And yet this son, who by all rights deserved to be mucking about in the sty with pigs, who deserved no “helping hand” up, is welcomed back with joy anyway. It doesn’t matter that he “brought it on himself” – grace and welcome and “caritas” are given freely. The older brother’s rage then becomes newly familiar, perhaps, as we see him frustrated that someone so reckless would be given help to be restored and made whole. Doesn’t he deserve to get left behind and trampled underfoot? How dare he be welcomed back? When we read with this lens, the parable becomes an even more deeply and radically counter-cultural message. It does everything that our modern competitive capitalist economy tells us not to do.

How rich in compassion is the father for his prodigal, profligate son. And how rich are we called to be with our impoverished neighbors, whose circumstances deeply resemble that of the son and yet did not arise by “squandering [their] property in dissolute living”? (Luke 5:13) Rather than viewing our neighbors as competition to be defeated, as discardable, as somehow less-than-human beings, what if we chose the way of Jesus? He asks us instead to be reconciled through him to all our neighbors, to be restored to right relationship. He asks us instead to be vessels of grace and mercy. May it be, on earth as it is in heaven. Amen.