Many Stories, One Voice 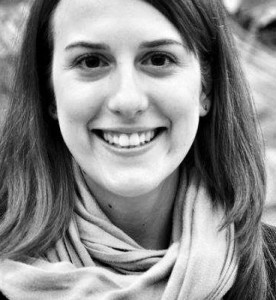 by Joanna Hertzog, ELCA seminarian and delegate to the United Nations Commission on the Status of Women

It was at that moment that I took notice of who was sitting beside me: a woman in her twenties from Uganda and a woman in her forties reading a newspaper written in French. I looked at the rows of women and men from around the world: some in black suit coats, some in bright colored scarves, some young and some old.

I realized that I was surrounded by thousands of powerful women from around the world – all of who are speaking out with one loud and powerful voice to end violence against women and girls. I am here with women who are fighting for freedom from violence and oppression. I am here with men who are speaking out with their mothers, wives, daughters and friends. Each speaking in her mother tongue. Each bringing her own stories. Each beautiful in her own way.

And I knew that it didn’t matter where my voice would fit because it was the power of all our voices brought together as one voice. It is the power of the Holy Spirit that continues to move and breathe that unites all of us, despite our differences, as one body — as one voice. It is out of the promises of the gospel that we stand together, hand in hand, no longer focusing on what separates us but on what unites us. The 57th Commission on the Status of Women is a testament of how the Spirit is moving with one voice to end violence against women and girls. As the church, let’s continue to boldly proclaim the radical gospel that all have the right to a life free from violence and oppression.

One prayer | Bringing a message home