Lenten Reflection: Thinking about food in a time of fasting

“You crown the year with your bounty; your wagon tracks overflow with richness.  The pastures of the wilderness overflow, the hills gird themselves with joy, the meadows clothe themselves with flocks, the valleys deck themselves with grain, they shout and sing together with joy.”

For Lent, some people give up a favorite food as a way to reflect on scarcity and abundance, the gifts that God has given, and the sacrifice embodied in Christ’s life, death and resurrection.  I’ve done this myself because I thought it was a good way to focus on the meaning and purpose of the Lenten season (although my husband says that the year I gave up chocolate I became unbelievably cranky).  Rather than giving up a food this year, my plan for Lent is to try to be more mindful of and thankful for the food that blesses and feeds me and my family. I aim to do this by finding ways to eat more sustainably and avoid waste. 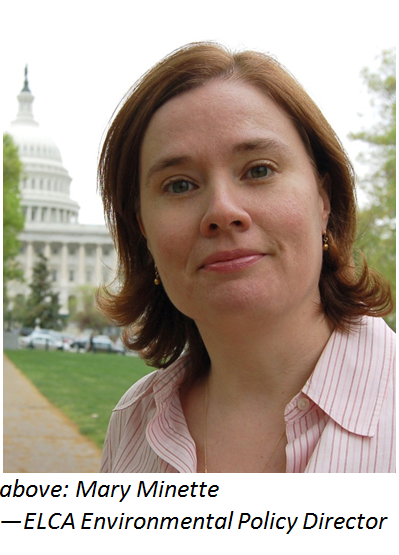 If you’ve been reading the “Living Earth Reflections” I send each month, you probably know that I get a little obsessive about food waste.   I lay that at the feet of my depression-era mother, who never had a leftover too small to stick in a little plastic container against some future need.  For her to do otherwise would have gone against what she was taught during her childhood. Food was a gift and a blessing, especially in times of scarcity. To waste it was wrong.

She definitely had a point.  In our world of abundance, many still don’t have enough to eat.  In our country and in the developed world as a whole, we waste a lot of food.  This waste has economic, environmental and moral costs.

Each year an average U.S. family of four wastes an estimated $1484 in food. In our slowly growing and wage-stagnant economy, that’s not a small amount! In 2010, the USDA estimated that 153 billion pounds of food with a retail value of $161 billion was wasted by U.S. consumers and retailers, more than one-third of our food supply. Wasted food also wastes all of the resources that go into growing, shipping, packaging and refrigerating food before it even reaches your table—and this also includes a lot of energy, much of which comes from polluting fossil fuels.

Most wasted food ends up in a landfill. According to the Environmental Protection Agency, food thrown away by consumers, restaurants, grocery stores and others at all points along our industrial food chain is the largest single component of landfills.  Food waste not only takes up space in landfills, it also produces methane as it decays. (Methane is one of the most potent of the greenhouse gases that is causing climate change, and landfills are the third largest source of U.S. methane emissions.)

Then there is the moral cost of food waste. Wasting food shows disregard for the farmer who grew the food, to all those who played a role in bringing it to the table and to our God whose creation offers us food in abundance.  In a world where many of our neighbors are hungry, wasted food seems to embody an indifference to their suffering.  When your mother told you to “think of the starving children” if you refused to clean your plate, she was making a moral point that deserves further reflection.  How should we as Christians view a food system that allows millions of tons of food to rot in landfills while billions go hungry?  And what role does our own wasted food play in that system?

Lent and its focus on spiritual discipline is a good time to ponder the role of food in our lives and to try some new, more sustainable practices (and see if they stick).  Here are just a few:

Thank you for this opportunity to reflect with you today.

Reflect and take action with us this Lenten season | Will TPA, TPP and TTIP create “Sufficient, Sustainable Livelihood for All?”