I grew up in a quiet, safe, suburban neighborhood in Minnesota. I was fortunate enough to live in a place where crime and exploitation seemed like things that happened far away, to other people. To paint you a picture, some of the most common ‘crimes’ that were committed in my community were bored high-school kids throwing toilet paper on their friends’ front lawns or loitering in the McDonald’s parking lot past the city-mandated curfew. Needless to say, incarceration and exploitation were things that I rarely thought about, because I was privileged enough to not have to do so.

Part of understanding privilege is recognizing that while some, like me, have the ability to go through their day-to-day routines without worrying about the realities of incarceration or exploitation, others can’t go a day without being affected by them in some way. The NAACP reports that 1 out of every 31 adults in the United States are under some form of correctional control– whether it be prison, jail, or probation. 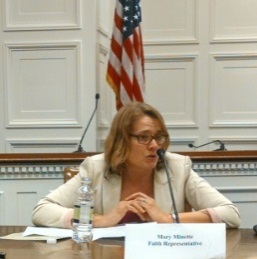 At a criminal justice reform briefing in January, Senator Cory Booker (D-NJ) noted that 25 percent of the world’s incarcerated people are in the United States, while we make up only 5 percent of the world’s population. He commented that it is a “great global shame” that this is the case. But incarceration (imprisonment) and exploitation (treating someone poorly in order to reap benefits) aren’t only present here in the United States. The Department of State estimates that there areover 20 million victims of human trafficking across the world, and factors like international trade agreements, environmental degradation, predatory behaviors toward the poor, and labor violence also contribute to exploitation around the world. 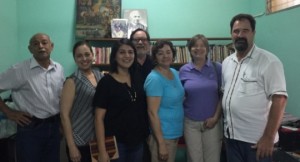 At the same briefing that Senator Booker spoke at, former House Speaker Newt Gingrich called for Christians to take a stance on criminal justice reform, declaring, “if you believe that every person is endowed by their creator, that endowment doesn’t stop at sentencing.” This faithful conviction is echoed in the ELCA’s social statement “The Church and Criminal Justice: Hearing the Cries.” As Lutherans, we recognize that we have yet to respond adequately to the cries of our brothers and sisters facing the criminal justice system.

On Friday, April 17 hundreds of Christians will arrive in Washington, DC to take part in discussion and advocacy surrounding mass incarceration and exploitation during Ecumenical Advocacy Days. Participating in events like EAD provide the Christian community an opportunity to confess this failure together as well as a broader opportunity to  hear from those who have been impacted by the system, to learn about the ways that society continues to oppress incarcerated and exploited individuals, and to work together to address these challenges.

While I may have grown up without the worry of crime or exploitation affecting my life, the reality is that too many of my brothers and sisters in Christ experience the exact opposite. I am excited to engage with the Christian community next weekend for worship, education, and advocacy. I am excited for the chance to examine the ways that my upbringing affected my interactions with the justice system. I am excited to learn about ways to create positive changes in the lives of incarcerated and exploited persons. Above all, I am excited to be part of an active Christian community living out God’s call to care for all who cry out.

Will you be at EAD? Reach out to me on Twitter: @erinmhaugen or tweet @elcaadvocacy with your pictures and reflections!