A Week to Remember Interconnectivity of All Life

What do a Malayan Tiger, Santa Catalina Island Rattlesnake, Ridgeway Hawk, Hawksbill Turtle and Eastern Black Rhino have in common? For one thing, each animal plays an important role in balancing and maintaining healthy ecosystems. But also, each of these animals is classified as critically endangered – that is, facing an extremely high risk of extinction in the wild due in large part to human activity.* In the ELCA resource, “Why Lutherans Care for Creation,” we are reminded that the key tenet of Lutheran ethics has been faith active in love. “When we expand the definition of ‘neighbor’ to include the plant and animal life that surrounds us and upon which we depend, we are called to embrace not only the ‘two kingdoms’ of church and society but also the ‘kingdoms ‘ of the plant, animal and geologic worlds – the entire orbit of our life” (pg. 5). Yet humanity’s greed and selfishness seen in various activities such as poaching, black-markets and deforestation have played a key role in causing these creatures to be nearing extinction. 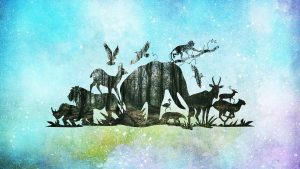 May 15th was Endangered Species Day, a day set aside to recognize the national conservation efforts to protect our nation’s endangered species and their habitats. This week of May 18th marks the fifth anniversary of Laudato Si’, a letter from Pope Francis to all Roman Catholic bishops subtitled “on care for our common home.” In this encyclical he reminded that “[p]eace, justice and the preservation of creation are three absolutely interconnected themes, which cannot be separated and treated individually without once again falling into reductionism” (Laudato Si‘, p.92).

PRACTICES THAT PROTECT ARE NEEDED

Peace, or rather the lack thereof, has been historically linked to illegal practices such as poaching. Early in the 1800’s during the Oyster Wars of the Chesapeake Bay, for example, encroaching dredgers and legal Virginia watermen clashed to avoid overuse of the waters. In these uncertain economic times resulting from the COVID-19 pandemic, the world could see an uptick in certain illegal activities such as poaching. “Rhinoceros poaching has increased in Africa as the novel coronavirus caused countries to announce national lockdowns that put a stop to big game tourism,” reports The Wildlife Society (4/16/20)

The removal of animals from the ecosystem causes the system’s balance to be upset. Practices such as poaching do more than cause the extinction of certain animals. The United States government, recognizing the importance of protection of animal species, in 1973 did what no country had done before and enacted a law to protect and restore the species that are most at risk of extinction. That law, the Endangered Species Act (ESA), has proven to be extremely effective.

WITH PRAISE, PRAYER AND POLICY WE EMBRACE OUR ROLE 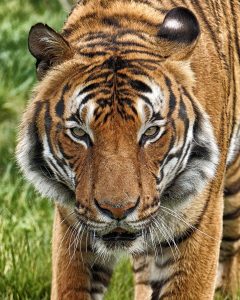 “Our foundational biblical vocation is to be our ‘brother’s [and sister’s] keeper’ (Genesis 4:9) and ‘to till it and keep’ the Earth (Genesis 2:15),” says “Why Lutherans Care for Creation.” “We are especially called to care for the poor and the vulnerable among us and all around us, including endangered species and at-risk ecosystems.” We work toward sustainability of an acceptable quality of life for present generations without compromising that of future generations. All of creation is interconnected, and we respect and embrace the roles played by animals from the top of the food chain predators like the Malayan tiger to the Santa Catalina Island Rattlesnake that controls rodents to keep balance and diversity in the ecological systems. What we do today will have profound impacts on future generations, and we value the life of all creation.

With Endangered Species Day fresh on our minds and with the fifth anniversary of Laudato Si’ being recognized by many in the interfaith community, we praise and thank God for God’s beautiful creation. We ask for prayers for all of life and for more understanding of the connectivity of humanity to the rest of creation. As Pope Francis stated in Laudato Si’, “[e]verything is related, and we human beings are united as brothers and sisters on a wonderful pilgrimage, woven together by the love God has for each of his creatures…”

”Why Lutherans Care for Creation” sets out this challenge: “This is how we love God in, with and under all creation—as neighbors of one another and of all living things on Earth and as kindred spirits with all things in the cosmos. The church calls upon Christians and all people of goodwill and conviction to participate in this great work of our time. Together we may be able to renew and re-form our church to embrace ‘the care and redemption of all that God has made.’”

*See a stirring, brief video from National Geographic on these lovely creatures as part of the PhotoArk project.