A Glorious Weekend of Singing

Today’s post is from Ina Berkey in Williamsburg, VA. This weekend was made possible through a grant from the ELCA Reformation Anniversary Grant Program. 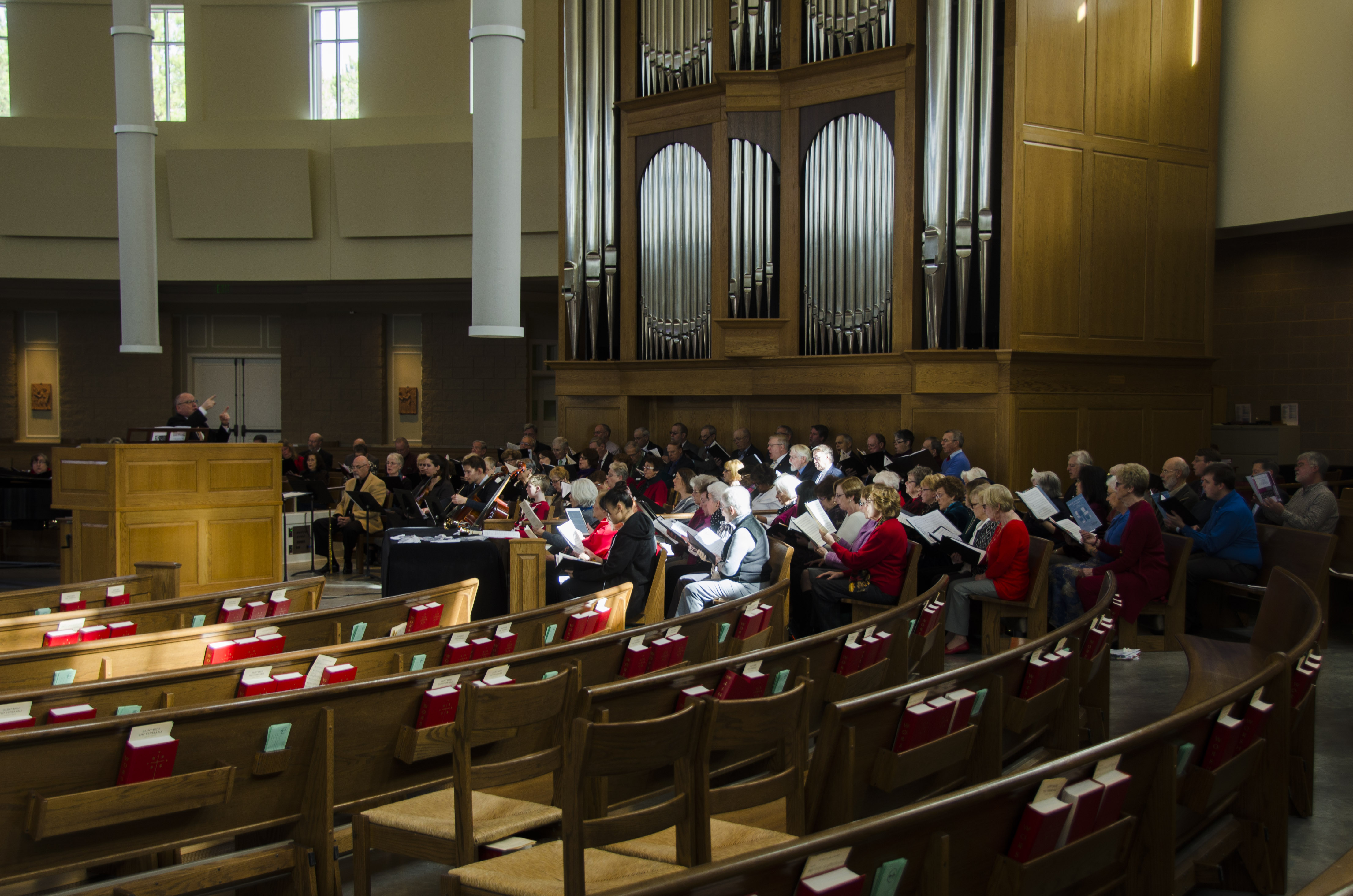 The festival brought together 140 choir members from many denominations throughout the Tidewater (VA) area, which stretches from Richmond to Norfolk.  On Saturday the choir rehearsed in the morning and after a catered luncheon attended two workshops. Susan Cherwien presented one workshop about the power of words and poetry in creating text for hymns.  David Cherwien presented a workshop which explored creative hymn singing.

On Sunday afternoon the Festival Choir, under the direction of Dr. Cherwien, led a congregation of over 500 which was made up of members of various churches throughout the Tidewater area. Each hymn and its variations contributed to the theme, “The Spirit of Transformation,” and was preceded by a reflection written and spoken by Susan Cherwien.  The festival ended with prayers for unity and with singing the hymn, “Holy God We Praise Your Name”.

For those present, the entire weekend confirmed the statement by former Pope John XXIII that “The things that unite us are greater than those that divide us.”