Helping People Make Ritual at Home after a Death

Today’s post is written by Elaine Ramshaw, PhD, an ELCA laywoman, the author of Ritual and Pastoral Care and The Godparent Book (just out in a revised edition). She has studied the literature on ritual for transitions in the fields of liturgical studies, anthropology and family therapy.

There’s a fair amount of advice out there on what to do about funerals or memorial services during the current “stay at home” shutdown, including this. Often people are encouraged to plan for a memorial service whenever that becomes possible. The process of planning for such a service later on in bereavement can itself be an opportunity for doing some of the work of grieving. Pastors and others can participate in this planning through conversations with family and friends of the deceased, possibly by conference call or videoconference call. 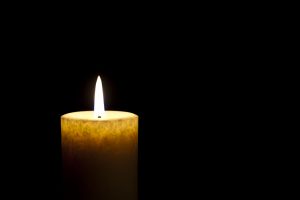 There’s another piece to ritual care for grieving people in the current situation, though: helping them create home ritual that fills some part of the need for more immediate ritual. This would be especially helpful when there is not any church-based ritual right away, or when a service is held but mourners you’re caring for cannot attend due to distance, illness, possibly having been exposed, susceptibility to infection, or the limitation on how many can gather.

The possibility of having an informal memorial service at home would not occur to many in your congregation who think of after-death ritual as something that happens only in church or a funeral home, led by professionals. While they might come up with innovative ways to ritualize a birthday or other happy event, they are less likely to imagine that they are capable of creating a rite of mourning. In some cases, all you have to do is bring up the possibility and people will run with it!

To assist those who are grieving create a rite of morning for the home, you’ll need to provide them with two types of guidance:

This second aspect—bringing elements of the church’s ritual into the home—likely comes more naturally to many of us than the first. Provide them with suggestions for suitable prayers, biblical readings and songs. In addition to favorite, comforting hymns and hymns from the “Hope, Assurance” section of Evangelical Lutheran Worship (ELW), consider hymns from the “Holy Baptism” section and the “Lament” section. (Note that ELW 698 and 703 are set to familiar tunes even if the texts are not well-known). If you can make and they can play recordings, a hymn/played by a musician they know will connect them to their local congregation in more immediate ways than a recording found on YouTube. For a repetitive song like “Come and fill our hearts” (ELW 528) or “Calm to the waves” (ELW 794), the accompaniment can be repeated five or six times. Biblical readings could combine the promises of God with some image that reflects the life of the deceased, e.g., Zechariah 8:3-6 for a kids’ sports coach. Prayers could include psalms and prayers from the funeral service, including perhaps the comforting and familiar “into your hands” commendation (ELW p. 283).

Under the current strange circumstances, though, the first category of resources—ritual actions at home— may be even more important, since people are often denied the usual ritual ways to say goodbye. Below are three simple ritual activities that could help mourners symbolize their loss, begin to come to terms with the reality of the death, and embark on their grief work. 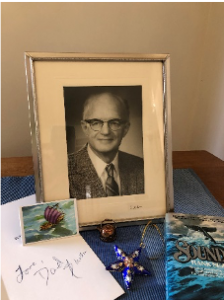 If a mourner lives alone or if one household wants to join virtually with another for this ritual, each household could have its own photo and candle. This could be done on videophone; videoconferencing (e.g. Zoom) is also possible, though you can’t sing or speak together due to the time offset.

Gracious and holy God, lead us from death to life, from falsehood to truth. Lead us from despair to hope, from fear to trust. Lead us from shame to grace, from regret to peace. Let peace fill our hearts, our homes, our world; through Jesus Christ, our Savior and Lord. Amen.

Again, the ritual can end with a song or with eating a food that recalls the one who died. This ritual is one that a person could do alone or with others.

This two-part ritual embodies the necessity of letting go of the person as we knew them in this world while underscoring and treasuring what remains. During the first part of the ritual, one of these symbols is destroyed (torn up, burned, buried, set adrift) with a prayer and/or song of farewell. The farewell song could be, for example, ELW 222 or 223, a hymn from the “lament” section, or a favorite lullaby.

The second part of the ritual involves taking the other of the two symbols and placing it in a place of honor in the home—perhaps a prayer place set up for the purpose with a candle and other symbols—or if it’s something that can be worn, on one’s person. This could be accompanied by playing/singing one of the favorite songs of the person who died.

These home ritual suggestions at the time of death are not intended to replace the church’s funeral/memorial service. The church didn’t invent the human action of gathering to say goodbye to the dead; there is a deep human need to say goodbye and to be reassured that there will be a way to move on. When we cannot do this with the body of the deceased and/or in community, we are helped by other ways to make the loss real and begin the work of mourning at home.