According to several news sources, the Palestinians have set September 20 as the date to submit a proposal to the UN for member status.   The news comes in the midst of massive settlement approvals by Israel that drew strong criticism from the US and the Quartet and widespread protests among Israelis about their economic welfare.           Read more      |     Hear debate on Voice of America

The West Bank then and now. (Photo from BBC web)

Rumors and speculation are flying about a possible bid by the Palestinians to go directly to the UN to have Palestine declared a state.  In order to do this, a petition must be turned in by July 15.

President Obama has stated he is against such an action because it is “unilateral” and by-passes the US peace negotiations.  Even the talk of this has led to several congressional leaders threatening to defund the UN if they vote for a Palestinian state.

Palestinians claim that the US-backed peace process has only led to a more than doubling of the illegal Israeli settlement population and an entrenchment of the colonialization of the West Bank, which is against international law and countless UN resolutions.  They find it ironic that these new “realities on the ground” – huge, sprawling settlement blocs – are now Israel’s starting point from which to start negotiations rather than the 1967 Green Line, which international law would suggest.  They also find it ironic that an appeal to the most multilateral organization on earth would be labeled unilateral.

Israelis want any peace to come through negotiations.  Prime Minister Netanyahu claims that the real roadblock to peace is that Palestinians won’t recognize Israel as Jewish state.

Unilateral is in the Eye of the Beholder 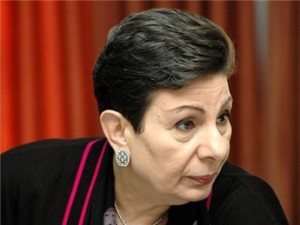 Palestinian President Mahmoud Abbas has stated that if there is not sufficient progress in negotiations, the Palestinians plan to pursue recognition of Palestinian statehood in the United Nations this September.  The US has stated their opposition to this, and yesterday, President Obama and German Chancellor Andrea Merkel made a joint statement urging the Palestinians to stop that process because it was “unilateral.”

“Far from acting unilaterally, Palestinians are bringing their case for statehood before the United Nations, the world’s preeminent multilateral body. Self-determination and respect for the sovereignty of nations are principles enshrined in the United Nations Charter, making the UN a natural forum to resolve this issue.”

“You do not leave an occupied people at the mercy of those who occupy them and who act unilaterally in violation of international law by continuing to demolish homes, annex land, build settlements, erect apartheid walls and revoke IDs.”

“On the contrary, come September, we expect President Obama and Chancellor Merkel to support the involvement of the United Nations as a positive step forward in efforts to secure regional peace and safeguard stability, and to recognize that the greatest threat to regional peace and security is Israel’s refusal to respect Palestinian rights and international law.”     Read article

Meanwhile, pressure is building in the US to avert this bid for Palestinian statehood via the UN.  One bill being debated would withdraw funding from the UN if it recognizes a Palestinian state.  Read more   |    Read bill