The leaders of the three largest Orthodox communities in Syria have issued a statement regarding the current situation in their country. The two files attached here show the letter, translated from Arabic.

For the several years it has been in existence, the Peace Not Walls campaign of the ELCA has been focused primarily on the Israeli-Palestinian conflict. The events of this year have shown, more than ever before, that the conflict cannot be comprehended apart from its regional context.

Please keep the people of Syria in your prayers, the Christian communities among them. Additionally, pray that leaders around the world seeking to intervene in the conflict brewing there — including leaders in the United States — will receive the gift of discernment.

This is the season of hope. Amen, come Lord Jesus. 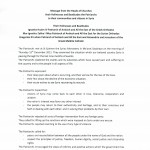 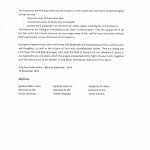