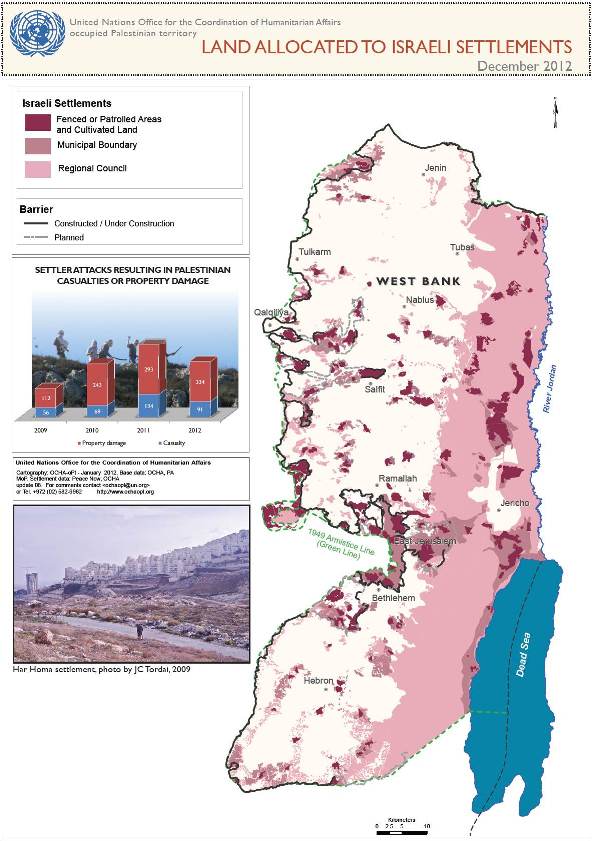 The Office for the Coordination of Humanitarian Concerns in the Occupied Palestinian Territories (OCHA) has released a new report on the humanitarian impact of the Israeli settlement policy on Palestinians. Among its findings: