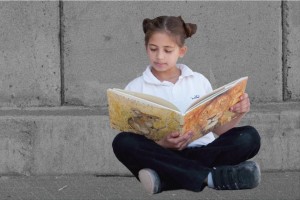 On Monday, a team of researchers presented the results of a three-year study that tried to objectively look at bias in Israeli and Palestinian textbooks directed against “the other.” The results and the responses they engendered were mixed, leaving the State Department, the primary funder of the study, to dance around the results.

While the report found that each side teaches their children little about the other’s religion, culture or economy and most maps on both side ignore the other, the results were not all negative. For years, the debate over incitement in textbooks has fueled accusations that there is no desire for peace. According to the Guardian, “Israel and the Palestinian Authority have both been accused of teaching violence and hatred, demonizing the other, or using excessively negative depictions in children’s education” but the study found these claims unfounded. National Public Radio reports: “there are few dehumanizing references in the textbooks of either side. The research team found few if any references to the other culture as ‘subhuman,’ something they said is common in other tense situations.”

The study was initiated by the Council of Religious Institutions of the Holy Land comprised of the Chief Rabbis of Israel, the Minister of Religious Affairs of the Palestinian Authority, the Greek, Armenian and Latin Patriarchs of Jerusalem and the Anglican and Lutheran Bishops of the Holy Land; and was fully funded by the U.S. State Department.

The reactions to the report were varied. Palestinian Authority Prime Minister Salam Fayyad welcomed the study, saying it “proves what we have repeatedly affirmed in response to allegations” about Palestinian incitement against Israel. He said he had encouraged the Ministry of Education to adopt its recommendations for improving the Palestinian curriculum.

The Israeli Education Ministry denounced the report’s findings as an attempt to create a parallel between the Israeli and Palestinian educational systems and explained it chose not to cooperate with the study whose members “are interested in maliciously slandering the Israeli educational system and the State of Israel.” In the U.S., the Anti-Defamation League supported the Education Ministry’s criticism, calling the study “distorted and counterproductive.”

Dr. Bruce Wexler, the Yale University psychiatry professor who designed the study, countered those claims to reporters on Monday saying, “Frankly, I think that the minister of education is a great example of the power of these unilateral narratives. That man cannot see beyond the blinders that have come into his mind by developing as a product of a national narrative that can’t understand the types of things we’re talking about here.”

The State Department distanced themselves from the findings of the report, a reaction that The Washington Post said was  “probably owed to ally Israel’s angry reaction.” The spokeswoman told reporters, “The results are not necessarily endorsed by the U.S. government, but we fund NGOs who are seeking to do independent analyses so that parties on the ground can use them in their own evaluation of these things…So you know, we’re not taking a position one way or another on what the study found.”

Sami Adwan of Bethlehem University, the chief Palestinian researcher on the project, says that despite the Palestinian textbooks’ low instances of dehumanization, “How can you teach children to act positive toward the Israelis when they’re creating a much more difficult life? How can you tell them, ‘Be nice to your neighbor’ while you only see your neighbor in bulldozers and at checkpoints?”

Mohammed Dajani, a former Fatah fighter turned peace activist, who served on the advisory board of the textbook study says now is the time to make changes in the curriculum. “We should not let our children inherit our problems.”

Taken from the Churches for Middle East Peace website