Clashing memories in Israel and the occupied Palestinian territories 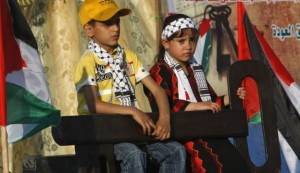 Late April and early May mark a stark contrast for Israelis and Palestinians.  This year, the state of Israel celebrated 64 years of independence in late April.  But on May 15, Palestinians commemorated the same events as a tragedy they call Al Nakba – the Catastrophe, when 800,000 Palestinians became refugees by being displaced by the very people who now celebrate  independence.  In Israel, several universities were prohibited from holding events that would have acknowledged the Palestinian reality.

The Jerusalem Post has several articles about Israel’s celebration.  Haaretz has an article encouraging the right of Palestinians to acknowledge the event from their perspective  as well as an op-ed by Hanan Ashrawi.