Have you ever posted anything negative about anyone on the internet? What was the reaction or the result?

Justin Bird of Oak Forest, Illinois was suspended from the high school where he is a sophomore for posting a Facebook fan page against his teacher, in which he made a derogatory remark about her. 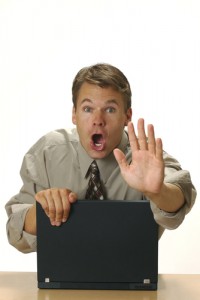 He has had problems with the teacher since the beginning of the school year at Oak Forest High School, where he is a high honors student. He created the Facebook fan page on February 9.  It was active for five days before he took it down on February 14, gaining about 50 fans but no postings other than his. The page was “for anyone who has had a bad experience or just plain dislikes” the teacher.

The day after he took the page down he was called into the dean’s office and suspended. His parents are considering legal action against the school because they say the page was created entirely at home and not at school. They question whether a school has the right to suspend a student for actions taken outside of school. No threats of any kind were made against the teacher.

Recently, the federal courts ruled that a Florida student could sue her school to remove a 2007 suspension from her record because of a negative Facebook post against her teacher. The judge ruled that Facebook posts made outside of school time and property fall under the umbrella of free speech.

1. Have you ever had a teacher that you just clashed with from the beginning? How did you handle the situation?

2. Do you think a school should have the right to punish a student for something done outside of school time and off school property?

3. What do you think the school should do about students who post derogatory comments about teachers on social networking sites?

4. How would you feel if you were a teacher and negative comments were posted against you on the internet?

So many times Jesus shows refreshing common sense. In a world where common sense often seems lacking, especially among the powerful who set up the rules we live by, Jesus sets everyone straight about what is really important. Or at least, he tries.

The religious leaders of the time had rules about everything:  How you had to wash before you ate, touched other people, came to the temple, or cooked food.  How you prayed, how you made sacrifices, and of course, what work you were allowed to do (or not do) on the Sabbath. There were more than 600 different rules which governed every part of their lives.

The problem, as Jesus saw it, was that these rules were getting in the way of doing what God really wants. He wants people to look at their hearts.  Instead they just looked at the rules and whether everyone else was following them. In a sense, the rules were taking the place of having a real, personal relationship with God. When Jesus said, “Repent,” it was really a call for the religious leaders to look at their hearts, turn to God, and realize that loving and serving other people is more important than following hundreds of laws.

Sometimes we can technically follow all the rules, but our hearts are nowhere near where they should be. We may be full of resentment about the rules, or we may feel that we are better than other people because we followed the rules and they didn’t. Jesus knows that our hearts need to be focused on loving God and loving our neighbors. When our hearts are in the right place, we will be more likely to do the right things for the right reasons.

God of love, we pray that our hearts will ever seek to know you better. Help us follow your two greatest commandments, to love you and love our neighbors as ourselves. May our actions be pleasing to you as we follow in your ways and, when the world looks at your church and the people in it, may it see your love rather than burdensome rules.  We pray in Jesus’ name.  Amen.