Warm-up Question:  Have you ever spread some ‘news’ about someone or something only to discover later that it wasn’t exactly true? What was the not-so-true truth you helped spread? 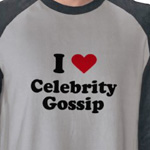 The King of Pop Michael Jackson… still alive? Who wouldn’t read a little more or stay tuned to find out more, even as crazy as it sounds.

Rumors, stories, online video clips, photos, blogs, so-called proof and eye witnesses, and entire Web sites refuting Jackson’s death have been popping up since the moment we the tragic news this past June 25th. Shades of the King of Rock ‘n Roll, Elvis Presley, who some people say is still alive and well.

Among the latest rumors being spread online is that of a video of Jackson supposedly hopping out the back of the coroner’s van. Nearly 2 million people have viewed the video clip online even though it it’s not very clear and doesn’t show the person’s face or the licence plate number of the coroner’s van.

Other stories and claims of Jackson’s being alive have include an odd assortment of photos, witnesses, theories, and “evidence” of Jackson crossing the border into Mexico, Jackson lounging poolside chatting with friends, faking his death to escape financial problems, hiding out in a bunker to escape the public, and secretly working for the CIA with other supposedly deceased celebrities.

On the flip side of life, there have also been many instances of false stories or rumors of celebrity deaths spread via social networking sites and user-generated news communities. In almost every instance, the rumored dead celebrity just happened to still be alive to refute the rumors being spread. News — true or not — has never traveled so quickly as it has online, in news communities, or via cell phone techn0logy.

As the no-longer-living (1835-1910) humorist and writer Mark Twain put it, “The reports of my death are greatly exaggerated.”  In today’s world, Twain’s comments might have included debunking Tweets, text messages, and viral videos.

“Jesus went on with his disciples to the villages of Caesarea Philippi; and on the way he asked his disciples, ‘Who do people say that I am?’ And they answered him, ‘John the Baptist; and others, Elijah; and still others, one of the prophets.’ He asked them, ‘But who do you say that I am?’ Peter answered him, ‘You are the Messiah.’ And he sternly ordered them not to tell anyone about him.”  (Mark 8:27-30)

Don’t tell anyone about me? What’s up with that?

And what about in James? “Not many of you should become teachers, my brothers and sisters…” (James 3:1) The writer’s not much of a career coach or recruiter. He goes on to say how easy it is to mess up what we say or how we speak to others.

Words are very powerful things, as are the many other ways we communicate with lightening-fast speed in today’s world. In a few seconds, minutes, or hours you can spread news, your opinions, or misinformation — with photos and video — worldwide. What a gift we have (truly)! In Jesus’ day, spreading the word to a very small local area would have been measured in days (very speedy), months (still speedy), years (pretty fast), or even centuries. Think about it… the printing press wasn’t even around until almost 1,500 years later. The camera? 1,800 years later. Internet for the general public? Try almost 2,000 years after Jesus spoke to Peter!

And with this wonderful, technological ability to communicate instantly comes great responsibility. More responsibility than ever before in history.

The messages in Mark and James aren’t meant to shut us down, shut us up, or turn the good news of God’s love for us into a secret. They do, however, say something about how important the gospel is, and how important it is to live, act, and speak in ways that are consistent with our faith and the gospel. We don’t have to be perfect about it — as humans, we can’t be — but we do need to be careful, thoughtful, and responsible with what we say and do because our witness will travel instantly far and wide. And there will be people who will listen, watch, and believe.

The gospel message is important. Studying the Bible, prayer, taking in the witness of others, and talking with each other are all important in developing a deeper sense of what God is doing in the world and what we need to share freely with everyone around us.

Make a list of what you believe are important truths or beliefs of the Christian faith. Do the same for our Lutheran faith tradition. Emphasize that Lutherans are Christians. Create the lists side-by-side. You can also do this in small groups and then bring the lists together to compare and discuss them.

By your word, eternal God, your creation sprang forth, and we were given the breath of life. By your word, eternal God, death is overcome, Christ is raised form the tomb, and we are given new life in the power of your Spirit. May we boldly proclaim this good news in our words and our actions, rejoicing always in your powerful presence; through Jesus Christ, our risen Lord. Amen.

(Prayer for “Spread of the gospel,” Evangelical Lutheran Worship, page 75.)