Have you ever witnessed a miracle?  What happened?

The temperatures are getting colder, snow is piling up, and homeless shelters are filled to capacity.  Such is the scene in cities the world over.  Washington D.C. is no different, claiming record snowfalls and near all-time highs in unemployment.  Teka Adams is one of the thousands of pregnant women who rest their heads in a homeless shelter.  She is in her third trimester, only a few weeks away from delivering her first child.  It is a time of excitement, fear, and wonder. 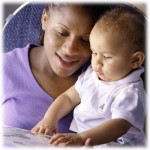 This was the scene a few weeks ago, until Teka met Veronica at the shelter.  Veronica was moving into her own apartment soon.  She invited Teka to help her move, in exchange for food and baby clothes.  Teka agreed, her hope renewed by the chance to provide for her unborn child.  When they arrived at the apartment, things took a turn for the worst.  Veronica locked the door and tied Teka’s hands behind her back.  She came at Teka with a knife, saying, “You’re strong, you can handle what I’m going to do to you.”  Veronica then cut into Teka’s abdomen in an attempt to remove the baby.  A few months earlier, Veronica had lied to her friends and family, telling them that she was pregnant.  She was trying to remove Teka’s baby and take it as her own.

Before Veronica was able to remove the baby, Teka was able to escape.  Neighbors found her bleeding in a nearby parking lot.  Teka was taken to a hospital where doctors were able to heal her wounds and save the baby.  Both are expected to make a full recovery.  The baby – a girl – was named Miracle.

Today is the second Sunday of Christmas, but the gospel lesson is not a traditional Christmas story.  There are no tales of shepherds, angels, mangers, or innkeepers.  Instead, John talks about the Word, which we often assume to represent Jesus.  He traces the Word back to the creation of the world.  He even uses the same phrase as Genesis 1:1 – “In the beginning…” – to indicate that there is a connection between what God created in Genesis and what God created in the birth of Jesus.  The Word was with God, the Word was God, and the word became flesh in the person of Jesus.

John also talks about Jesus’ purpose on earth.  On one hand, Jesus will be rejected by the very people he came to save.  On the other hand, he brings “grace upon grace”, truth, and the power to become children of God.  Jesus comes with good news, but not everyone will be ready to receive it.  He will be tested, questioned, beaten, and even put to death.  He comes to teach, to inspire, and, ultimately, to sacrifice his life so that we might live.  What a miracle that God loves us this much!

Gather colorful paper, markers, glitter, and other decorative items.  Create greeting cards for new mothers in your community.  These could be for women in your neighborhood, church, workplace, or a women’s homeless shelter.  Look for some verses in Scripture that would give hope to someone who had given birth.  (Consider portions of today’s gospel or the Advent and Christmas stories in Matthew or Luke.)  Talk as a group about how you plan to deliver these cards during the week.

God, thank you for the miracle of Jesus’ birth.  We praise you for loving us so much that you forgive our sins and give us the promise of eternal life.  Help us to give hope to those who have none.  Give us the inspiration that comes in the form of a baby, born in a feeding trough, who brings light and life to the world.  Amen