Who do you consider to be a good leader?

Leader of the Free World 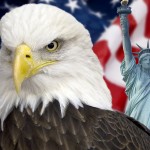 Three weeks ago, the longest election cycle in United States history ended with the re-election of President Barack Obama.  The race received a great deal of media attention, not only within the United States, but worldwide.  Even citizens of European, Asian, African, and South American nations often favored one candidate over another and followed the race from their own countries.

This seems a little much, doesn’t it?  After all, the President does not have absolute power, even in the United States.  His power is balanced by powers given to Congress and the Supreme Court.  The President cannot pass laws on his own; he can only ratify or reject laws approved by Congress.  Why, then, were so many people, both inside and outside of the United States, so very invested in the result of the Presidential election?

To a large degree, the Presidential race matters because it represents the United States as a whole: what the majority of our citizens believe, what values we hold to be most important, and what we’re willing to fight for.  Since the Cold War, the President of the United States has often been given the nickname “Leader of the Free World”, suggesting that his leadership defined the values and actions of democratic countries around the world.

Certainly, the President has a very important political position.  To the rest of the world, though, he is also a very powerful symbol of the will of the citizens of the United States.

When Pilate stands before Jesus to question him, we can tell that he desperately wants to put some sort of label on him.  Jesus has been accused of no specific crime against the Roman Empire at this point.  The Pharisees and their followers have simply dragged Jesus before Pilate, insisting that he be put to death, without giving a reason.  Pilate isn’t concerned with Jesus or the Pharisees.  All he wants out of Jesus is a quick answer so he can label him, pass judgment, and dismiss him.

“Are you the King of the Jews?”  Pilate wants Jesus to simply confirm that he is on some power trip, trying to gain control of the nation of Israel.  If Jesus says “Yes”, he can probably be dismissed as a crazy person, found guilty of no crime against the Roman Empire, and released.  If he says “No”, he can be written off as a victim and, again, probably released.

Instead, Jesus’ answers to Pilate’s questions indicate that he is not the “King of the Jews”, but is a king in a far greater way. Jesus is much more than a worldly king.  His kingship extends to more than just the nation of Israel.  His power passes far beyond that of a political ruler.  And most of all, his message of peace and love is for absolutely all people everywhere.  Jesus is clear about this when he answers Pilate: “For this I was born, and for this I came into the world, to testify to the truth.”

Sometimes, Christians and non-Christians alike have been guilty of the same mistake that Pilate makes.  We want to put a single label on Jesus so that we can dismiss the fullness of his mission and ministry.  We want to limit Jesus’ message to just the parts that make us comfortable or help us win an argument.  We want Jesus’ words to make us feel good all the time, and we ignore the parts of Jesus’ teachings that challenge us.  Sometimes, we even seem to forget that it isn’t just Christians who are part of God’s people — that Jesus’ message is for all people everywhere.

Let’s learn from Pilate’s mistake.  Rather than trying to make Jesus fit our expectations, let’s open our minds up to hear his teachings again, and let him tell us about his kingdom!

Create crowns from posterboard (or gather cardboard crowns from a local fast food restaurant).  On the crowns, write the attributes and attitudes that Jesus modeled through his words and guidance (peace, forgiveness, love, faith, etc).  Decorate the crowns.  (If you wish, invite students to make a gift of the paper crowns to church members who exhibit these traits in their congregational leadership.)

Almighty God, you gave us a magnificent world and abundant blessings.  Help us to be good leaders in your world and spread your love and blessings to all people.  Let us be your hands in a world that longs to feel your touch.  Amen.

What is the worst punishment you ever received?  Did you deserve it? 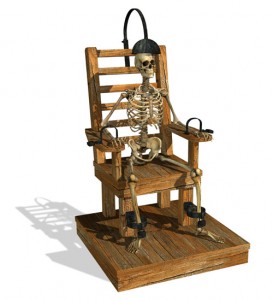 Justin Wolfe has spent most of his twenties on death row in Virginia. Just before his 21st birthday, he was convicted of the murder of Daniel Petrole, Jr. and sentenced to die.  Wolfe did not kill Petrole, however, the man who fired the gun, Owen Barber IV, claims that he was hired by Wolfe to do it.  All three young men were heavily involved in the buying and selling of illegal drugs, and the surface story of Petrole’s murder reads like a mafia hit.

Wolfe claims innocence, at least on the charge of murder.  His claim is supported by many other people and by evidence not included in his trial, including a dramatic change in Barber’s story about what really happened on the night of Petrole’s death–a change that Barber later changed again.  Wolfe now has new legal representation and an appeal currently in process in the Virginia justice system, which rarely overturns a death sentence.  His case reopens questions about the justice of the death penalty, particularly given the possibility of executing an innocent person.

For a very detailed account of this story, read “An Innocent Man on Death Row?” at http://www.washingtonian.com/articles/people/11712.html

Jesus was also sentenced to die.  His trial and execution all took place in less than 24 hours.  Of all the gospel writers who present this story, Luke most emphasizes Jesus’ innocence.  Only in Luke do we hear the words of the two criminals crucified with Jesus, and one of them says, “this man has done nothing wrong.” When the centurion speaks after his death, he does not name Jesus “Son of God,” as in Matthew and Mark, but says, “Certainly this man was innocent.”  Luke wants us to see that Jesus’ death penalty is a grotesque injustice.

This sense is amplified by the stark contrast Luke presents between the attitudes of those surrounding Jesus and Jesus himself.  In a swirl of false accusations, physical attacks, games of chance for his meager possessions, and nasty insults, Jesus consistently shows compassion, even for his executioners.  He consoles the women who accompany him to the cross (Luke 23:27-31) and then prays for those who are persecuting him:  “Father, forgive them, for they do not know what they are doing.”  Our reading ends with Jesus offering a startling, beautiful word of promise to the criminal who asked only to be remembered.

It is no coincidence that we read this gospel on Christ the King Sunday.  In the reading, Jesus is identified with imperial irony as “the king of the Jews” and the criminal asks to be remembered when Jesus comes “into [his] kingdom.”  Jesus’ gracious response underlines the sharp contrast between two political realities:  the kingdom of God, which Jesus lives and proclaims, and the violent, threatened empire which crucifies him.  Sentenced to death, Jesus’ own “death sentences”–“Father, forgive them” and “today you will be with me in Paradise”–are really sentences conferring life

Christ our King, you respond to violence with peace and bring new life in the midst of death.  Share your forgiveness and faithfulness with us, that we also might bless our troubled world with your courageous compassion and resilient grace.  Amen