When Kim Jong Il, then Supreme Leader of North Korea, died unexpectedly on December 17, 2011, his death not only made headlines but raised anxiety on the part of many across the globe. Fearful of problems associated with a power struggle in the North, or even of the nation’s collapse, forces in South Korea were placed on high alert, while other nations sought to reach out through diplomatic channels.

Adding to the uncertainty was the revelation that Kim Jong Il’s youngest son, Kim Jong Un, was his chosen successor.  Little is known outside North Korea of Kim Jong Un who, in his late 20’s, has been hailed by officials and the state media in North Korea with titles such as, “Great Successor, Supreme Leader and Great Leader.”  Most recently, he was officially recognized as the Supreme Commander of North Korea’s armed forces.  While North Korea has called for its people to rally behind Kim Jong Un and to protect him as “human shields,” many around the world continue to deal with the uncertainty of what his age and inexperience may mean for international relations in the years to come.

The way in which we read or hear something can make all of the difference.  One way to read these verses is simply as John’s 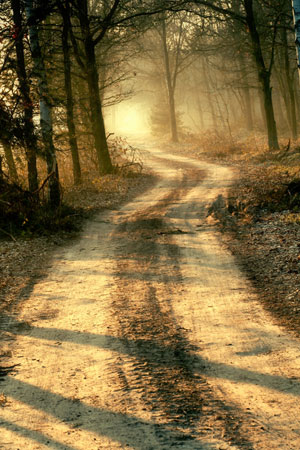 account of how Jesus called his first disciples.  Yet, as a writer, John is a master at drawing in his audience through double meanings and a “deeper”, more personal sense of the story.  Such is the case in this passage as Jesus addresses not just around him, but us as well, with an invitation to life.

In any case, the first three words of this passage, “The next day,” clue us in to the fact that we need to go back a bit to understand what’s going on. As it turns out, this is actually the third “next day” section in the opening chapter of John’s gospel.  In the first section, verses 29 – 34, “the next day” after John the Baptist explains his role to those sent from Jerusalem, he bears witness to Jesus as both the Lamb of God and Son of God.  The “next day” after this                 (verses 35 – 43), his further testimony about Jesus leads two of his own disciples to follow after Jesus.  Jesus, seeing them, asks, “What are you looking for?” When they stammer out, “Rabbi, where are you staying,” Jesus invites them to “Come and see.”  His invitation initiates an ever-widening circle of discipleship as one of the two, Andrew, goes to his own brother, Simon Peter, with the news, “We have found the Messiah.”

So it is that we come to the “next day” of this week’s gospel. Deciding to go to Galilee, Jesus first calls Philip.  Philip, in turn, invites Nathanael saying, “We have found him about whom Moses in the law and also the prophets wrote, Jesus son of Joseph from Nazareth.”  Here, “the law and the prophets” means the whole of the Scriptures for these Jewish believers.  Brushing aside Nathanael’s remark about the insignificance of Nazareth, Philip offers once again the invitation, “Come and see.”  Nathanael does, and his own encounter with Jesus, and Jesus’ ability to “know” and “see” him from afar, not only leads Nathanael to believe in Jesus, it also draws forth a confession of faith: “Rabbi, you are the Son of God! You are the King of Israel!”  Jesus assures him that greater things are yet to come. ‘Very truly, I tell you, you will see heaven opened and the angels of God ascending and descending upon the Son of Man.’

So, as the first chapter of his gospel ends, John leaves us with Jesus heading towards Galilee with a growing group of followers.  Yet, there is a deeper way to hear this passage.  Jesus’ very first words in John’s gospel, “What are you looking for?” are a question to us, as well.  When it comes to life…when it comes to faith, what are we looking for?  Deep down in our bones, what is it that we really need?  In these three “next days,” we hear Jesus being called many things.  John the Baptist calls him “the Lamb of God who takes away the world’s sin” and “Son of God.”  Andrew calls him, “Rabbi” and “Messiah.”  Philip says Jesus is the one, “about whom Moses in the law and also the prophets wrote.”  Nathanael adds that Jesus is, “the King of Israel.”  Is Jesus what we are looking for?  Is he the one that we really need?  The invitation that John offers to us through the rest of his gospel account, and indeed through our own experience of living as followers of Jesus, is simply to “Come and see.”

Gracious and loving God, we live in uncertain and anxious times, and yet we also have much that gives us hope.  As your Spirit continues to reveal Jesus to us, so help us to respond to his invitation to “Come and see,” that, led and sustained by Jesus’ presence among us, we may live as vibrant and faithful witnesses to your love; through Jesus Christ, our Lord.  Amen!

Would you ever get your head shaved?

Season of the Lamb

The competition season in lamb and sheep shearing resumes after a six-week break during the heaviest season in wool production. At the time this article appears Cam Ferguson will have already competed in New Zealand’s National Lambs Championships and will have tried to break a record by shearing 736 lambs in eight hours. That will be an increase of seven lambs an hour faster than his previous time to date. If he can complete that he will break the record set by Ivan Scott of Ireland two years ago.

Ferguson, who is 27 years old, won the World Championships in Wales last July. He has a lot going on in few days: a national championship, a world record attempt, and a Speedshear (which is a quick version of the sport). Of course he wouldn’t think of missing a Speedshear, in which he has won over 60 titles, “I still do the shows. That’s what I do.”

Aside from this competition, there are two others going on this weekend in a country that loves its lambs and sheep—and loves to shear them, as well.

Not that everyone thinks such competitions are good things. There are many animal rights groups, which complain that the wool industry is not a kind one.  They especially have problems with competitions where the only thing that matters is how fast a human can remove the wool of a sheep or lamb. Those in the wool industry argue that the shearing process does not hurt the animals at all.

“Here is the Lamb of God, who takes away the sin of the world.” Those are John the Baptist’s words when he sees Jesus. The metaphor of all metaphors. I imagine there were faithful Jewish followers of God looking around wondering, “Huh? What does John the Baptist mean? How can this man be the Lamb of God? And, he takes away the sin of the world? Well, then why are we here doing this baptism of repentance thing?”

Jewish believers at that time certainly knew what significance a lamb had. Every year at Passover (see links below), a pure or unblemished lamb was sacrificed in remembrance of God freeing the Children of Israel from slavery in Egypt. At the original Passover, each family slaughtered a lamb and the blood was smeared on the doorposts Exodus 12).  The Angel of Death “passes over” those who have the blood of the lamb on their doorposts. They are saved from death by the blood of the lamb.

Naming Jesus the Lamb of God means God has given this pure lamb as a sacrifice to save the world from sin and death. This is why it is important for John the Gospel writer to share this story with us. Early in John’s Gospel we are shown the stakes.  Jesus is revealed not only as the Word made flesh (John chapter 1), but also as the Lamb of God. This helps us see everything Jesus says and does in a particular light.

Jesus is the one who has been sent from above to save the world. Because of the blood of the lamb (Jesus), death will have no power over us. This is pretty heavy stuff, all in one statement by John the Baptist. For two thousand years, people have followed, like those first disciples, wanting to see who this Jesus-Lamb really is. Not only have they followed and seen; they have also dragged others to Jesus saying, “Come and see.”

A metaphor is when two things (usually two nouns) are brought together in such a way that new “idea” or “reality” is created. A new way of seeing both things is born. The attributes of each thing are put onto the other.Creating metaphors is not always easy but often challenges us to see things in new and fruitful ways.  Complete the following sentence:

Off limits are adjectives (Jesus is nice, strong, good, kind, tall) and similes (Jesus is like something…like a fresh breeze or a loving mother).  Similes are close to metaphors but use “like” or “as” to make the comparison.  They don’t create the same interesting tension.   Examples of metaphors:  John is the sunshine in our family. Mary is a bridge between two cultures.

Find pictures of Jesus portrayed as the Lamb of God in art.  Take time to look at the depiction and talk about it. You can also compare and contrast different versions.  Here are two links to begin with (there are many others and these examples carry no thelogical or commercial endorement of the sites):

God of mercy and life, you saved your chosen people Israel from slavery and death. You sent Jesus to the world so that all might be freed from sin and death and have eternal life. Help us to see Jesus in the world around us so that we can point to him. Give us the courage and the excitement to share what we have seen. We ask this in the name of Jesus, the Lamb of God. Amen