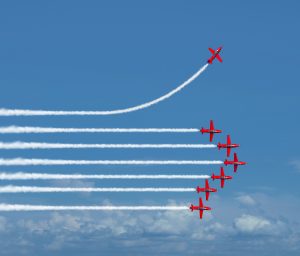 This past week, one of the United States’ long time Senators, John McCain passed away. He was an Arizona congressman for over 30 years until his death. He was also a Prisoner of War in Vietnam for 5 1/2 years and experienced torture and wounds that left him with lifelong disabilities.

John McCain has been termed a “maverick” by his peers. He often took stances that were in disagreement with the Republican Party to which he belonged. But he was also a staunch conservative known for taking hard stances on issues in opposition to the Democratic Party as well. McCain was someone who would also change his mind, which, in this day and age, seems a rare trait. Not that you don’t want to stand by your principles, but in the realm of politics, it’s important to be able to find consensus and understanding in order to get things accomplished.

McCain was known as a hard fighter in his personal and professional life, but he was also a man on principle and integrity. Read the following article to get a glimpse of the man who prepared for his own funeral by asking some of his former opponents in the political arena to eulogize him.

Steve Duprey, a longtime friend and advisor to the senator, says McCain is “an example to America that differences in political views and contests shouldn’t be so important that we lose our common bonds and the civility that is, or used to be, a hallmark of American democracy…”

There are two healing stories in this Gospel reading. In the first Jesus heals a Syrophoenician woman’s daughter who is possessed by a demon. In the second Jesus heals a deaf man who had a speech impediment. We will focus our attention to the first healing story.

Jesus’ initial treatment of the woman is a bit jarring, as he compares her to dogs which sit under the table to eat the children’s crumbs. It’s important to note that this isn’t a family dog to which Jesus is referring. The term was usually used as an insult toward those regarded as less than worthy. The woman is a Gentile, an outsider who comes to Jesus’ feet and begs for Jesus to heal her daughter. Jesus treats her as such, as an outsider, an “other” who has no business being there.

One would expect the woman to walk away—hurt, insulted and cast away by Jesus. But she does something remarkable. She uses Jesus’ insult as a way to turn the Lord’s favor to her direction. “Sir, even the dogs under the table eat the children’s crumbs.” In a sense, she uses the insult against her as a way to engage the challenge posed by Jesus. She has confidence in what the Lord can do and poses a challenge back to Jesus that sets herself on equal ground with those whom Jesus is with in the house. Jesus is moved by her argument, changes his mind and heals the woman’s daughter.

There are two barriers broken here:  The first, that she is a woman. The second, that she is a Gentile. The miracle overcomes prejudice and boundaries that separate Jesus and the woman.

As this may be one of your first meetings as a group this year, and there may be some new members among the group, it would be a good time to do the icebreaker, “Two truths and a lie.” Have everyone go around the group and share their name, and three things about themselves with one of the things being untrue. Have the group vote on which of the things is a lie. This will help the group learn a little bit about each other as well as break down prejudices of what we think we know about one another.

God of surprises, we are much quicker to limit your care than you are to offer it.  You push us to expand the boundaries of our community and welcome those with whom we feel we have little in common.  Make us bold to stand against division and quick to seek reconciliation.  We pray through Jesus Christ our Lord.  Amen.