How can good come from evil?   Can you give an example? 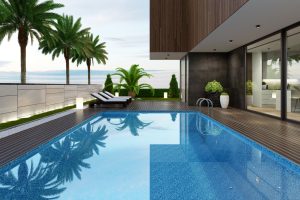 Mackenzie Scott, novelist and former wife to Jeff Bezos, both of Amazon fame, is increasing her reputation for generosity with a significant donation to the California Community Foundation. This week she donated two mansions in Beverly Hills estimated at worth around $55 million. The foundation announced that 90% of the proceeds will go toward providing grants for affordable housing. The remaining 10% is slated to be used for programs for integration of immigrants.

At the end of 2020, Scott’s net worth was estimated at around $62 billion. In the past couple of years, she has donated billions of dollars to a variety of causes concerned with racial equality, LGBTQ+ equality, democracy, and climate change. Her gifts also include millions to Historic Black Colleges and Universities, tribal colleges and universities, and Hispanic-serving institutions.

Hundreds of charities have benefited from her generosity. In May 2019, Scott signed the Giving Pledge, a charitable-giving campaign in which she undertook to give away most of her wealth to charity over her lifetime or in her will.  Despite its name, the pledge is not legally binding.

Critics say Amazon and many large companies create wealth by underpaying their workforces around the world. Ms. Scott’s positive use of that wealth certainly goes a long way to making more friends than enemies.

Money, money, money. It is one of Jesus’ favorite topics in the gospels. Rightly so! What we do with money says a lot about our values; with it we can do both great and horrible things.

Jesus’ parable in today’s gospel text shows the shrewd financial dealings of a manager charged with being the caretaker of someone else’s wealth. He gets wind of the accusations that he has squandered his master’s wealth. Instead of trying to argue his case, he apparently does more of the same and cuts a deal with those people who owed him. The master, in turn, praises him for being so shrewd.

Wait. What? That’s not how this is supposed to go. The person who mismanaged the wealth gives a break to those in debt—and gets praised for his actions. Jesus takes the master’s appreciation of the manager and draws our attention to another dynamic: social currency. He praises the manager for creating good will among the debtors and thus profiting from the grace he shows.

Jesus explains this parable with words that are a little hard to swallow. In verse 9, he says, “And I tell you, make friends for yourselves by means of dishonest wealth so that when it is gone, they may welcome you into the eternal homes.”

Yikes! This passage has the potential of becoming a stumbling block. Is Jesus condoning dishonesty? Let’s pause a bit and look a bit closer at what’s going on. The word “dishonest”here is not wrong but it is only one possible translation of the Greek word used in this passage. The word used is bigger than just “shifty”, “shady”, “dishonest”, or somehow “illegal”. It is a word that means “not righteous”. “Righteous” are things that have to do with God.

So “unrighteous” things aren’t godly. Jesus encourages his hearers to make friends with unrighteous wealth. The friends benefit and you establish a relationship. And, this becomes important because Jesus next words are rather prophetic, “so that when the wealth is gone, they may welcome you into homes that last forever.”

Jesus praises gracious and good deeds done for others even with wealth that is not righteous. Good deeds are much better than holding onto money. Even the manager in this difficult parable saw the opportunity to do some good. Was it totally selfless? No, not at all. Did it still use wealth or relief of debt to make the lives of others better? Yes. There is hope in relationships that can last. There is hope when positive things happen…even with wealth that is not a righteous as we might prefer.

This is the underlying motivation behind actions such as churches using their resources to provide reparations for communities that suffered due to racism. Many philanthropists, such as Mackenzie Scott, do incredible good with their  wealth, even if some or much of it was gained through not so honorable means. The one doesn’t excuse the other. But moving toward grace and healing, restoring relationships, and making reparations for past sins is a goal we might consider. It is Jesus’ example and Jesus’ encouragement.

Reparations and compensation for groups who have suffered systemic harm are in the news a great deal these days.  Colleges debate renaming buildings or paying the descendants of the slaves who built those buildings.  An article in The Atlantic made the case for returning some National Parks to the Native American tribes whose land was stolen to create those parks.  Make two lists:  one noting all the reasons that some sort of reparations should be made to groups who have suffered systemic and government sanctioned harm, the other giving the reasons why such a plan is not feasible….Now, discuss how persons holding very different convictions might come together to address past wrongs and move toward a better future.

Ever-merciful God, we have often missed opportunities to support others and make their lives even a little bit easier. You continue to watch over them and us, providing us with all that we need. Help us to see the need around us and find ways to respond with your grace and love. Give us the courage to risk in faith, using the wealth you have entrusted to us for the healing of the world. We ask this in the name of the One, who gave himself for us, Jesus Christ our Lord. Amen