Many relationships, personal and professional, are based on a system of credit and debt. People invest in others with the hope of receiving something in return; employees show up to work with the intention to be compensated later; ER doctors provides treatment with the expectation the cost will be covered. Does a credit/debt system promote the good of all involved? What happens when a debt is forgiven?

For much of history, unpaid debts were legally punishable with prison time. Only fairly recently in history has the use of so-called “debtors’ prisons” been outlawed as a penalty for unpaid debts or fines. Nevertheless, in some states and municipalities, laws still allow for individuals to be jailed for “willful refusal” to pay what they owe. Consider the story of Edward Brown reported on NPR:

On a night last week when the temperature dropped to 17 degrees, Edward Brown, who’s 62 and homeless, slept at the bus stop in front of the Jennings, Mo., city hall in St. Louis County… Brown’s troubles started when he tried to fight the city of Jennings, and his story shows how court fines and fees can grow, turning an impoverished person’s life upside down. The city wanted to condemn his small, crumbling house, where he had lived for 25 years. Officials sent him a citation for letting the grass grow too high. Brown stayed in the house after it was condemned, and received a citation for trespassing. Brown had been bedridden from injuring his back, and was unable to push a lawnmower. He was ticketed, too, for not getting a rabies vaccine for his dog, Matrix. Altogether Brown owed the city $464. But Brown lives on a $488 Social Security check and food stamps, so he didn’t pay his fines. “I went to jail for that,” he says. Since 2009, he’s been jailed several times — once for 30 days, another time for 20 days. 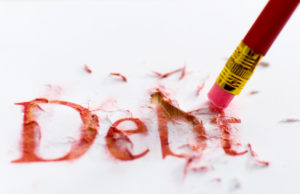 In the case of Mr. Brown, he was jailed because of “willful refusal” to pay his fines, even though he was disabled and unable to work. Others like him have been jailed for defiance of the court because they know they’re be unable to pay, have health problems, have limited access to transportation, or are unable to get the time off from work or child care necessary to go and appear in front of a judge.

While these practices may be legal, they often effectively punish people for being poor, to add indignity to poverty, and to introduce added instability into the lives of those who may already be struggling to get by. One advocacy group that has taken up this cause defines the “human costs” of debtors’ prisons in this way: “Debtors’ prisons waste taxpayer money and resources by jailing people who may never be able to pay their debts [and create a system] in which the poor receive harsher, longer punishments for committing the same crimes as the rich, simply because they are poor.” Advocacy and legal teams have been working in recent years to tackle this injustice on a case-by-case system in the municipalities around the country.

Fines and fees are put in place in order to accomplish certain goals: to deter people from violating laws, to maintain the legal boundaries of municipalities and to raise revenue for the enforcement of laws. Their intent is, at its core, a good thing. However, as we see, the burden of fines and fees on those who live in poverty can become overwhelming and detrimental. Christians are called through our baptisms to be a voice for the voiceless – in this case, for those who wield little political power due to their socioeconomic status. One way we can do that is through advocacy – promoting the rights of the poor and speaking out against unjust policies. The ELCA Advocacy Office makes speaking up for those living in poverty a priority. You can become an advocate by learning more about the laws in your town, by writing a letter to your local officials, by learning more about ELCA Advocacy, or by simply remembering this issue in your prayers and in the work of your church.

In today’s Gospel reading, Jesus teaches about forgiveness. He tells his disciples that they should not only forgive, but they should be prepared to forgive (almost) infinitely. Jesus then goes on to tell a story about the slave of a king who was forgiven a seemingly infinite debt. Ten thousand talents was an unimaginable amount for a slave to try to repay. By telling this story, Jesus is comparing us to the indebted slave and God to the merciful king. God has and will forgive all our sins, as infinite as they may seem, and he will continue to do so. Therefore, we are called, not just to forgive, but to become forgiving people – that is, to make it our business to regularly practice forgiveness, just as God regularly forgives us.

However, in this story, the slave who has been infinitely forgiven turns around and does the opposite. He goes to one who owes him a debt and refuses to forgive him. And on top of that, he turns violent and demands that he be jailed as recompense. In prison, not only would that slave have to suffer harsh and inhumane conditions, but he would also miss out on the opportunity to return to work and to provide for his family.

We see two kinds of poverty in this story. The second slave is impoverished financially. He has no money to repay the debt that he owes. He has to work, not only to please his master the king, but also to repay the debt he has accrued by borrowing from another slave. He is at the bottom of this social hierarchy, and he faces further suffering at the hand of a fellow slave. On the other hand, the first slave in the story is impoverished spiritually. He is morally bankrupt, because he is unable to show mercy, even after being shown an incredible amount of mercy by the master himself.

What about us? If we recognize the tremendous mercy that was shown to us – to the point of God sending his own Son to suffer and die for our sake – do we ourselves show mercy? Do we repay the never-ending forgiveness of our loving God by forgiving others? Or do our hearts harbor grudges, judgment, or resentment for those we feel have wronged us, knowingly or unknowingly? And do we use the gifts given to us to provide for the needs of others? Do we use the voices given to us to speak out for those in need? Do we use the faith given to us to bring others to faith?

As Christians, we are rich. No matter what kind of income our families bring home, we are rich because of the love God pours out on us in Christ. God’s love enriches us with an over-abundance of love, forgiveness, mercy, and generosity to share with others. When we use these riches, we are truly living out our baptismal covenants with the God who so richly blesses and loves us.

Option A: Forgiveness takes practice. The more we forgive, the more we train our hearts to forgive. Write a short letter thanking God for specific things you have been forgiven of. Then write a letter to someone that you need to forgive. Specify what they did, how it made you feel, and how you are going to move on from it. You don’t have to send the letter, but commit yourself to truly letting go of the grudge/resentment/hate and ask God to free you from that burden.

Option B: Play the SPENT money challenge and poverty simulator at www.playspent.org

Giving God, you provide everything that we need, and you bless us richly with our time, talent, treasures, and your never-failing mercy. Give us grateful hearts for the forgiveness you give us every day and make us generous in giving and forgiving.