On September 18, 2014, the world watched as an historic vote unfolded in Scotland.  By a margin of 55% to 45%, with nearly 85% of registered voters casting a ballot, the Scottish people voted “No” to independence.  Their decision preserved a union between England and Scotland that has endured for more than 300 years. 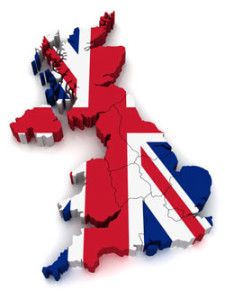 Yet there was more at stake in this referendum than just the “United” in United Kingdom.  In the weeks leading up to the vote, as it became apparent that a vote for independence just might succeed, there was a great deal of anxiety on the part of many different parties.  Not only were there impassioned pleas from leading politicians on both sides of the issue, leaders from all over the world weighed in, as did many international celebrities and artists.  Questions were also raised concerning the impact of a “Yes” vote.  For example, what would Scottish independence mean for the European Union or for NATO?  How would a positive vote impact other countries like Spain who are dealing with their own independence movements?  Like a rock being thrown into a calm pond, the ripples of this event radiated far beyond the borders of Scotland itself.

In many ways they still do. Though the vote is over, the issues it has raised, the emotions and passions that have been stirred, and the political debates that have been initiated will continue to resonate for a long time to come.  At the heart of things is the question what sort of kingdom will this United Kingdom be?

Jesus’ “Parable of the Wicked Tenants” follows his triumphal entry into Jerusalem, an event we celebrate on Palm/Passion Sunday as the beginning of Holy Week.  The donkey and the route that Jesus takes in this procession are not accidental.  Jesus makes use of potent national symbols to make a statement about himself, as the gospel writer makes clear in Matthew 21:1-11.  Jesus then attacks the powers that be through “cleansing the Temple.” Among other things, his actions lead to the setting of this story, a series of confrontations with the Jewish religious leaders and authorities.  They challenge Jesus’ legitimacy and authority to do the things he is doing.  He calls into question, not only their legitimacy as leaders of the true Israel, but also their loyalties and motives concerning God and God’s purposes and desires for the people.

One of the well-known symbols that Jesus uses in these confrontations is that of a vineyard, long an image for Israel itself.  The prophet Isaiah’s “Song of the Unfruitful Vineyard” in today’s first lesson (Isaiah 5:1-7) is but one example of this symbol’s use in Scripture, and well worth reading.  The point of Isaiah’s message is Israel’s unfaithfulness.  What more could God have done?  God prepared in the very best ways, planting and cultivating a people through whom a harvest of faithfulness, justice, and righteousness was expected.  What God received was something else altogether.

Jesus’ parable follows a very similar plot.  Here a landowner prepares a vineyard and leases the vineyard to tenant farmers, expecting to receive his due – a share of the harvest.  They in turn are not faithful to their responsibilities, but instead treat the landowner’s representatives (and therefore the landowner, himself) with great contempt and violence.  Now given that Jesus’ opponents were also experts in the Scriptures, it is easy to imagine that they made the connections right off the bat.  The landowner is God, of course, and the tenants are the leadership of Israel.  The long-string of servants which the tenants mistreat are the prophets who were beaten, stoned, even killed for declaring the word of the Lord and pointing Israel back to her true purpose and vocation.  But who then is the landowner’s son in the story?  That is the question.

Lest we think the answer to this question is obvious – Jesus, of course — remember that the whole issue behind these confrontations and the increasing animosity towards Jesus centers around his true identity and by what authority and power he is doing the things he is doing.  In answer, Jesus points them to two places in the Scriptures, Psalm 118:22 (Matt. 21:42) and Daniel 2:44-45 (Matt. 21:44).  In the first, Jesus makes use of a play on words in the Hebrew language (the original language of the Hebrew Bible, what we commonly call the Old Testament) between the word for “son,” ben, and the word for “stone,” eben.  Though they are rejecting Jesus and his message, and indeed will ultimately reject him through the cross, God has something else in mind and will vindicate Jesus in the end.  The second passage from Daniel serves to underscore Jesus’ point.  Here again the image of a stone is used, but this time from an important passage in terms of the hope of a time – a messianic age – in which God would defeat all the opposing kingdoms and restore Israel.  God is doing that, Jesus claims, but not in the way that many, including his opponents, were expecting.

In the end, the chief priests and the Pharisees who have come to confront Jesus get the point.  They are the tenants in the story and Jesus is the son.  Enraged by such a challenge to their legitimacy and authority, they want to arrest Jesus, and eventually will.  For now they can only stand by helpless because of the crowds around them.

It is easy to read this passage from the perspective of being on the right side of things.  After all, we know who Jesus is.  We believe in him, unlike those stubborn, hard-hearted, and “bad” people who put him on the cross.  Sadly, the history of the church has been to do just that, to read such passages and find in them a reason to hate and persecute our Jewish brothers and sisters as “Christ killers.”  Yet if Jesus is indeed the Messiah (and I believe that he is), and if we are “joint heirs” with him of God’s kingdom as Paul says (Romans 8:15-17), then are we not also accountable to God for producing the “fruits” God expects to see?  Perhaps then the issue this passage calls us to think about is this, if indeed followers of Jesus have been given the kingdom as Matthew declares (Matt. 21:43), then what sort of “kingdom” is God calling us to be?

Gracious and loving God, in the waters of baptism you name us and claim us and make us your very own.  Thank you for the gift of faith, and for your relentless love that will not let us go no matter what.  Empower us by your Spirit to be the kingdom-people you call us to be, and lead us to be living signs of your grace in the lives of those around us.  In Jesus’ name we pray.  Amen.