You Will Be Free 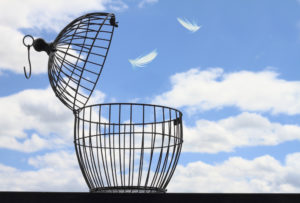 In late September, billionaire Facebook founder Mark Zuckerberg and his wife, Dr. Priscilla Chan, announced a 3-billion dollar initiative for research aimed at eradicating chronic diseases, especially things like infectious disease, heart disease, cancer and neurological disorders like Alzheimer’s and autism.  It may sound like a wildly irrational idea, but some influential scientists think that it’s not as unrealistic as it sounds at first, given how far the science of medicine has come in the last century.  The goal would be to make the human species “disease-free” by the end of the current century.

Around the same time, the new president of the Philippines, Rodrigo Duerte, announced that one of the major foreign policy goals for his administration was going to free the country from a “shackling dependency” on the United States for military aid, which some say brings with it a similar dependence on American business and political interests for southeast Asia.

Recall that in Jesus’ day, the Jewish people in Israel’s ancient homeland were living under political and military occupation by the Roman Empire, so “freedom” was a disputed concept for them.  For some, it had to mean ejecting the Romans from their country and reestablishing their own government, and for others it meant a defiant worship and religious behavior in spite of the Roman presence.  Either way, God’s people there thought often about freedom.

Here in John 8, Jesus is deep into an argument with Pharisees (a group committed to strict religious observance) and the official religious leaders (called “The Jews” in John’s gospel).  We get the impression that they are people who are really very anxious to have someone who is honestly sent from God and can lead them not only into deeper faith in God but also possibly answer this question about what makes for true freedom.  If one reads all of John 8 starting at verse 12, it becomes clear that they have difficulty understanding him.  And yet the bottom line that we have here in 8:36 is that the most important freedom one can experience is the kind of freedom from sin that only Jesus gives.

On every Reformation Sunday, we read this lesson along with a set of parallel lessons from Jeremiah 31 and Romans 3.  The readings help us recall that the ministry of Martin Luther had at its core the goal of getting the church back to its job of proclaiming God’s grace that sets us free from servitude to our sinful desires and enables us to stand against the large forces of sin that lead to the brokenness and injustice of this world.

God of freedom, we are thankful that you have sent your Son Jesus to bring us freedom and salvation.  Make us good stewards of that freedom, not using it for our own self-indulgence, but embracing the opportunity to serve and support others, even while we enjoy the freedom to look at ourselves with true and honest eyes and experience the forgiveness of sin that comes from repentance.

In Jesus’ name we pray.