When have you wanted something that you wouldn’t give up striving for until you got it?

You Gotta Have Heart

After 41 years, the conviction of Herman Wallace, 71, was finally overturned. In 1972 Wallace immediately was placed into solitary confinement after the murder of a prison guard named Brent Miller. He was finally convicted of the crime two years later in 1974. He was kept in a Louisiana cell that was 6’ X 9’ and only allowed out for one hour each day for solitary exercise and to shower. In addition, he had no meaningful social interaction, work opportunities, or educational classes.  Nor was he part of any rehabilitation program.

Problems with the grand jury in this case are what led Judge Brian Jackson to finally rule to correct this error. Wallace was convicted of this crime along with two others, one of whom was released in 2001; the other is still serving his sentence in solitary confinement. Wallace had appealed over 160 times in the 40+ years. One of his claims was that he and Albert Woodfox (still in prison), were falsely implicated for their political activism in prison as members of the Black Panther Party.

While he is certainly happy that his case was finally heard, there isn’t much time for him to enjoy his new freedom. He has been diagnosed with liver cancer and it is believed that he only has weeks to live. Tessa Murphy, of human rights watchdog organization Amnesty International, said, “The case of Herman Wallace is a tragic example of ‘justice’ gone wrong in the USA.” 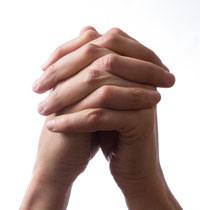 “Pray and do not lose heart” is what Jesus encourages those listening to him in Luke’s gospel, and that includes us right now. Jesus uses once again a parable to make his point clear. He tells us about a widow, one of the most powerless in society at that time, who pleads and pleads with the judge to rule in her favor against her opponent. She turns to the one who can “make things right” for her. She places her life in the hands of the one who has the power and authority to turn things around. We know nothing from this story about what the opponent did or whether or not she deserves the justice she seeks. We do know two things: 1) the judge doesn’t really care about God or about the people he has been appointed to serve, and 2) the woman is persistent and threatens to “wear the judge out.” She keeps coming and coming and coming. He is sick of hearing her pleas. He grants her justice because she doesn’t give up.

Jesus’ hearers know that widows have no chance in society. They are the ones with the fewest chances; they are dependent on everyone. They do, however, have a voice and can speak up. The unjust judge finally hears the widow in Jesus’ story. Jesus sets us up, however. If an unjust judge, who doesn’t care about God or others can break down and give in, how much more likely is it that God, who is just, will hear the cries of God’s chosen ones. God is infinitely more compassionate than this unjust judge. Jesus says, “and will not God grant justice to his chosen ones who cry to him day and night? Will he delay long in helping them? I tell you, he will quickly grant justice to them.”

These words encourage us to persevere. Jesus gives his hears advice based on trusting in God. It’s simple. God wants what’s best for us. Jesus tells us to be like the annoying widow. He promises us that God will act.

Don’t give up in your pursuit of God’s blessings and justice. The asking and the pursuit alone strengthen your relationship to God even when things don’t happen as timely as you want. Ask for what you need. Demand it: day and night.

You will need lots of dominoes or blocks that can be stood up to fall like a domino chain.  Participants are asked to choose a pattern to build with their dominos/blocks but there’s a catch.  Choose one catch. If you choose more than one and if time permits, reflect on the differences.

Reflection:  What was frustrating about the “catch”?  How did you overcome it?

God of justice, God of abundance, we wait upon you and your goodness. We do not always act in the name of justice. We do not always share the blessings we have with others. In spite of all that, you turn your ear to us. You hear our cries both day and night. Hear us now as we plead for justice, peace, and wholeness for ourselves and for the whole world. We ask this in the name of the one who encourages us to pray and not lose heart, Jesus Christ our Lord. Amen