Taking a Knee or Making a Stand?

Some stood.  Some knelt.  Some remained in the locker rooms or stood together in the tunnel, as an unprecedented collective action unfolded prior to the kickoff of all 14 NFL games on Sunday, September 24.  During the pregame ceremonies, in which the American flag is displayed as the national anthem is sung, players, coaches, staff, and 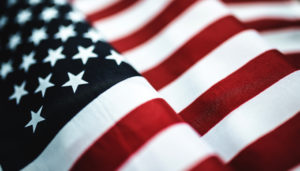 even some team owners locked arms with each other on the sidelines in response to comments made earlier in the weekend by President Donald Trump. The President had called for team owners to “fire or suspend” players who kneel during the national anthem.  As the acts of solidarity among NFL teams played out throughout Sunday’s events, President Trump continued to weigh in against those who knelt via Twitter, encouraging fans to boycott games if the protests continued.  The national conversation that was sparked by these events is ongoing.

At the heart of the issue is the meaning and power of important symbols, and of the postures one assumes regarding those symbols. Do you stand or take a knee?  Colin Kaepernick and Eric Reid of the San Francisco 49ers originally decided to kneel during the anthem as a protest to what they understand to be issues of systemic racial injustice.  You can read a recent opinion piece by Eric Reid outlining their reasons and intentions here: https://nyti.ms/2yoJqPU.

On the other side of the debate are those who believe that the players’ refusal to stand during the national anthem shows great disrespect for the flag, and, therefore, for America, itself.  This is the President’s stated objection, also tying the symbol of the flag to the service of those in our military, and to their sacrifices on our nation’s behalf.  For President Trump, the issue is not about race.  (You can read one of many articles outlining the President’s position here: http://www.latimes.com/politics/washington/la-na-essential-washington-updates-trump-on-his-role-in-kneeling-protest-1506289872-htmlstory.html)

So, what is this moment in our national conversation really about?  Is it about confronting injustice or disrespect for the flag?  Is it about standing with those who have given of themselves to create a nation characterized by values such as freedom, justice, and equality?  Or is it about taking a knee in critique of how far we have yet to go in the struggle to make those values a reality in the lives of many people of color?  How can our interpretation of certain postures be so different? And finally, who gets to decide what the real issues are?  Perhaps it is the symbols that are in play, and the power they have, that make it hard for us to know.

In our gospel lesson for today, Jesus is also dealing in some very powerful symbols.  Jesus’ “Parable of the Wicked Tenants” follows his triumphal entry into Jerusalem, an event we celebrate on Palm/Passion Sunday as the beginning of Holy Week.  The

donkey and the route that Jesus takes in this procession are not accidental.  Jesus makes use of potent national symbols to make a statement about himself, as the gospel writer makes clear in Matthew 21:1-11.  Jesus then attacks the powers that be through “cleansing the Temple,” itself a central symbol for the Jewish people. Among other things, Jesus’ actions lead to the setting of this story, a series of confrontations with the Jewish religious leaders and authorities. Last week’s gospel reading (Matt. 22:23-32) presented the first part of the conversation we rejoin today.  In this conversation, the Jewish leaders challenge Jesus’ legitimacy and authority to do the things he is doing.  He, in turn, calls into question not only their legitimacy as leaders of the true Israel, but also their loyalties and motives concerning God and God’s purposes and desires for the people.

One of the well-known symbols that Jesus uses in these confrontations is that of a vineyard, long an image for Israel and Israel’s special relationship as God’s people.  The prophet Isaiah’s “Song of the Unfruitful Vineyard” in today’s first lesson (Isaiah 5:1-7) is but one example of this symbol’s use in Scripture, and is well worth reading over.  The point of Isaiah’s message is Israel’s unfaithfulness.  What more could God have done?  God prepared in the very best ways, planting and cultivating a people through whom a harvest of faithfulness, justice and righteousness was expected.  What God received was something else altogether.

Jesus’ parable follows a very similar plot.  Here a landowner prepares a vineyard and leases the vineyard to tenant farmers, expecting to receive his due – a share of the harvest.  They in turn are not faithful to their responsibilities, but instead treat the landowner’s representatives (and therefore the landowner, himself) with great contempt and violence.  Now given that Jesus’ opponents were also experts in the Scriptures, it is easy to imagine that they made the connections right off the bat.  The landowner is God, of course, and the tenants are the leadership of Israel.  The long-string of servants which the tenants mistreat are the prophets who were beaten, stoned, even killed for declaring the word of the Lord and pointing Israel back to her true purpose and vocation.  But who then is the landowner’s son in the story?  That is the question.

Lest we think the answer to this question is obvious – Jesus, of course – remember that the whole issue behind these confrontations and the increasing animosity towards Jesus centers around his true identity and by what authority and power he is doing the things he is doing.  In answer, Jesus points them to two places in the Scriptures, Psalm 118:22-23 (Matt. 21:42) and Daniel 2:44-45 (Matt. 21:44).  In the first, Jesus makes use of a play on words in the Hebrew language between the word for “son,” ben, and the word for “stone,” eben.  Though they are rejecting Jesus and his message, and indeed will ultimately reject him through the cross, God has something else in mind and will vindicate Jesus in the end.  The second passage from Daniel serves to underscore Jesus’ point.  Here again the image of a stone is used, but this time from an important passage in terms of the hope of a time – a messianic age – in which God would defeat all the opposing kingdoms and restore Israel.  God is doing that, Jesus claims, but not in the way that many, including his opponents, were expecting.

In the end, the chief priests and the Pharisees who have come to confront Jesus get the point.  They are the tenants in the story and Jesus is the son.  Enraged by such a challenge to their legitimacy and authority, they want to arrest Jesus – and will eventually – but for now they can only stand by helpless because of the crowds around them.

It is easy, of course, to read this passage from the perspective of being on the right side of things.  After all, we know who Jesus is.  We believe in him, “unlike those stubborn, hard-hearted people who put him on the cross.”  Sadly, the history of the church has been to do just that, to read such passages and find in them a reason to hate and persecute our Jewish brothers and sisters as “Christ killers.”  Yet if we are to listen carefully to our own experiences – to conversations such as the ones we are having now around taking a knee or making a stand – then perhaps we can come to a deeper understanding of what is happening in this passage, especially in light of its  use of powerful symbols of faith and national identity.

One final thought concerning the ending of this parable: if Jesus is indeed the Messiah (and I believe that he is), and if we are “joint heirs” with him of God’s kingdom as Paul says (Romans 8:15-17), then are we not also accountable to God for producing the “fruits” God expects to see?  Perhaps then another issue this passage calls us to think about is this, if we, as followers of Jesus, have been given the kingdom as Matthew declares (Matt. 21:43), then what sorts of “fruit” is God looking for from us?  What sort of “kingdom” is God calling us to be?

Take a tour your worship space together. What symbols do you notice? If your space has stained glass windows depicting biblical people or stories, for instance, why do you think those themes were chosen?  Does the shape of your worship space or the way that the altar is arranged communicate something?  For example, many older sanctuaries are built in the shape of a cross, and altars are often placed in the round.  What are the messages?

Gracious and loving God, in the waters of baptism you name us and claim us and make us your very own.  Thank you for the gift of faith, and for your relentless love that will not let us go, no matter what.  Empower us by your Spirit to be the kingdom-people you call us to be, and lead us to be living signs of your grace in the lives of those around us.  In Jesus’ name we pray.  Amen.