When was that last time you noticed someone being hypocritical (saying one thing and doing the opposite)?

Aung San Suu Kyi, winner of both the Nobel Peace Prize and the U.S. Congressional Gold Medal, has come under massive criticism in recent weeks because of her stance on the Rohingya crisis. The Rohingya are an ethnic minority that has been living in Myanmar since the 8th century. They are not considered one of the 8 “national races” and, according to a law passed in 1982, do not have the right of citizenship. They are effectively stateless. They are not allowed to work and do not have freedom of travel. As many as 600,000 of the approximately 1 million Rohingya living in northern Myanmar have fled to Bangladesh since the end of August. Their stories are of extreme violence against them from the majority Buddhist population. They are being tortured in many different ways and being driven from their homes. Things have been getting more and more difficult since 2012, and the world community had been patient with Suu Kyi and her party since it came into power. Things are rapidly changing.

The politically active daughter of two politically active parents, Aung San Suu Kyi, spent approximately 15 years under house arrest by the military-led government between the years 1989 and 2010. She was influenced by people like Mahatma Gandhi and has spoken up a lot over the years on democracy, justice, peace, and fear. She has been the subject of a number of films and has been referred to in songs like U2’s tribute to her, “Walk On”. In 2015, her political party won a landslide election and she was eventually made the first State Counselor, a position like prime minister, which was a position created specially for her. She is prohibited from being president because her deceased husband and her children were/are foreign nationals. She is considered by many at home and abroad to be a hero. Unfortunately, her words and her silence in recent weeks do not resonate with what she has taught all the years she was in captivity, speaking and teaching about freedom and democracy. Here are a couple of quotes of her from her writings:

“Within a system which denies the existence of basic human rights, fear tends to be the order of the day. Fear of imprisonment, fear of torture, fear of death, fear of losing friends, family, property or means of livelihood, fear of poverty, fear of isolation, fear of failure. A most insidious form of fear is that which masquerades as common sense or even wisdom, condemning as foolish, reckless, insignificant or futile the small, daily acts of courage which help to preserve man’s self-respect and inherent human dignity.”

“If you’re feeling helpless, help someone. ”

“You should never let your fears prevent you from doing what you know is right.”

“It is not power that corrupts but fear.”

“Government leaders are amazing. So often it seems they are the last to know what the people want.”

“Please use your liberty to promote ours”

“Some have questioned the appropriateness of talking about such matters as metta (loving-kindness) and thissa (truth) in the political context. But politics is about people and what we had seen … proved that love and truth can move people more strongly than any form of coercion.” 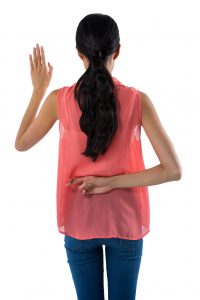 When someone, usually someone older and with some authority over us,wants us to be better they might use the phrase, “do what I say, not what I do.” We understand they are encouraging us be even better than they are. We have also heard people tell us not to drink irresponsibly (or at all if we are underage), or smoke, or do any number of things that they did, or maybe even are still doing. We hear the words. We might even agree with the words. It is still hard for us to follow the advice of people who aren’t living what they teach.

Jesus is talking about a similar kind of dynamic in this reading in Matthew’s gospel. The Scribes and the Pharisees are two of the groups that make up the Jewish religious leadership in Jesus’ time. The Scribes know the written word of God and the Pharisees are well-versed in the oral tradition of the faith. Both apparently are seen as religious authorities on the teachings of Moses. “Moses’ seat” is the symbol of teaching authority in the synagogue. Despite the numerous moments of conflict Jesus experiences with these religious leaders throughout the Gospel of Matthew, Jesus does not say something like, “Don’t listen to a word they say,” or, “They are full of baloney.” Instead, Jesus acknowledges the good of what they are teaching even if he believes them to be hypocrites. “Follow the good stuff they teach but don’t do what they do,” is the summary of Jesus teaching about his antagonists.

In addition, Jesus is very clear about what the roles are for the disciples. Heavenly Father is father, Messiah is instructor, they should be good students, and they should remain humble servants. Jesus’ words encourage us to learn to separate the good of what someone teaches from their imperfect ways.

We are tired of our leaders being hypocritical. We want the world to be authentic. We want people to live what they teach and practice what they preach. And, it is ok to want that and to have standards, but it is important for us to realize that people are inconsistent. Human beings are often a contradiction. You can name it what you want: sin, imperfection, a work in progress. It is good for us to identify the grace and the good in what people say, even when they don’t live up to what they teach. Jesus calls us to be aware and to learn discernment. Jesus calls us to place our focus on God and to see our Lord as the Messiah.

Gracious God, you never change yet you show yourself new to us each day. Open our eyes, our hearts, and our minds to understand your will for us. Give us the strength to live accordingly so that others might know the joy of a life in your love and grace. We ask this in the name of Jesus Christ, your Son, the one who walked with us and died and lives for us. Amen