Warm-up Question: When you hear someone’s testimony, do you tend to believe it or question it? Why?

How Do You Know the Truth?

On Wednesday May 1, U.S. Attorney General William Barr gave testimony to the Senate Judiciary Committee about his handling of the release of special counsel Robert Mueller’s report about his two-year investigation into President Donald Trump. 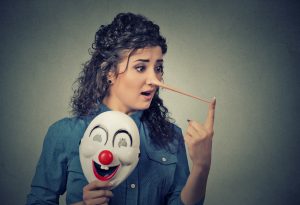 Mueller investigated whether President Trump colluded with Russia during the 2016 presidential campaign, which would have been illegal. Collusion means working together, which a presidential candidate is not allowed to do with a foreign power like Russia.

Barr faced questions on Wednesday because of his summary of the March 22nd report. Democrats in Congress think Barr has been too partial to Trump and has not been objective about the report.  Barr’s summary said that the report showed no collusion with Russia and was inconclusive about some possible instances of obstruction of justice. Democrats have said that the full report could show some wrongdoing by the President and his administration.

In his testimony, Barr defended his summary against aggressive questions from some Democrat senators, some of whom accused him of being “purposely misleading” and “lying to Congress.”  Barr refused to appear at a parallel hearing before the House Judiciary Committee, which is controlled by Democrats and might have involved questions from lawyers as well as lawmakers.

Trump has called the report a “complete and total exoneration.” Not all Democrats see it that way, however, Democrat party leaders have backed off on calls to impeach Trump since seeing the report.“  Still, many remain unsatisfied with Barr’s answers.  “Mr. Barr, now the American people know that you are no different from Rudy Giuliani or Kellyanne Conway or any of the other people who sacrifice their once decent reputation for the grifter and liar who sits in the Oval Office,” Senator Mazie K. Hirono, Democrat of Hawaii, said to Barr. Giuliani is Trump’s personal lawyer and Conway is White House counsel.

As the scene opens, Jesus is walking in Solomon’s Colonnade in the Temple courts. In the Old Testament, Solomon was known for his great wisdom. The wisdom of Solomon remains legendary, but Jesus’ wisdom far surpasses that of Solomon, who eventually disobeyed many of God’s commands to him, i.e. marrying many wives, stockpiling gold, and even worshiping other gods. (See 1 Kings, Proverbs and Ecclesiastes for more of Solomon’s story).

The people around Jesus in this passage are not so different from people today. They want to know what is true; they decide to ask Jesus directly whether he is the Messiah. It seems that this isn’t the first time these people have asked Jesus whether he is the Messiah. For Jews, who have waited hundreds of years for the Messiah to come, it is hard to believe that this relatively uneducated, plain, and peace-seeking person can possibly be the promised Messiah, who will liberate his people.

Like so many people when they hear a word from God in their hearts, they want to hear it one more time before they can embrace it as truth. They just aren’t sure whether they can believe what seems so strange.

So Jesus tells them that his works testify about him. Healing miracles, his teachings, and his unique way of pointing people to God were his testimony. In its best form, testimony gives proof about something. It also reveals truth. The works of Jesus do both of these things, but like people of today, not everyone is convinced of the truth of Jesus’ testimony.

In the King James Version, Hebrews 11:1 says  that Faith is “the evidence of things unseen.” While some theologians have made strong and convincing arguments in favor of God’s existence and Jesus’ divinity (Lee Strobel’s The Case for Christ, for instance), it isn’t possible to fully prove these things in a courtroom. Faith is required.

Jesus describes people of faith as his sheep. As sheep follow their shepherd, they come to know his voice. In the same way, as we follow Jesus, we come to know his voice. We don’t have to wonder who Jesus is; we know he is the Messiah because we know him through the Bible and our faith, and because his works in our lives have testified to us about him.

Jesus describes his faithful people as sheep. Do a little online research about what sheep are like. What qualities of sheep remind you of being a follower of Jesus? Do you feel any differently about the analogy Jesus used, which is also found in Psalm 23?

Dear Jesus, Thank you for giving us your works and your word to testify that you are the Messiah. Help me to follow you in faith and to better understand who you are through your works in my life. Amen.