When was the last time you were at a party?   Why was it happening? 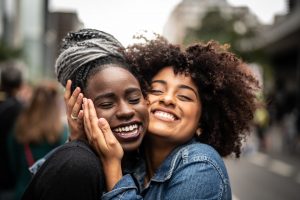 In the beginning of November 2018, fires devastated many communities in California.  More acres burned than had ever been recorded due to the wild fires.  On November 8th, Paradise, California, was entirely destroyed, with 15,000 homes burned and 85 people killed.  It will take decades to recover.

The Ballejos family, from Paradise, fled the fires and lost track of their dog, Kingston.  He is a 12-year-old Akita, and during the evacuation became frightened and ran away.  The conditions were too dangerous for his family to go after him.

However, the family is quoted as saying that they never, ever lost hope in Kingston returning home safely one day.  Thankfully, after 101 days on Thursday February 21st, they were reunited!  Even though Kingston smells a little like skunk he likely ate to survive, they are celebrating being together again.

Who will join the Father’s party?

Our story from Luke’s gospel story starts with the scum of society (tax collectors and sinners) coming to listen to Jesus.   The religious leaders (Pharisees and scribes) grumble and mumble about Jesus eating with such scandalous types.  They don’t like the shady company Jesus interacts and eats with.  They don’t like Jesus’ kind of party.

I get them a little.  In a world where we are judged by who we hang with, they judge Jesus by who he eats with and knows.

The reality for Jesus is that God is throwing a party for outsiders like these.   So Jesus tells a three stories; our lesson includes the third in Luke 15.)

Jesus tells about a father (God perhaps) who is despised by his son. When the younger son asks for his share of what will belong him as an inheritance, he is saying, in essence, that he wishes his father was DEAD!  A dead father equals inheritance now.  The father complies with the request of his son.  He just freely gives away half of what was his to his demanding son.  Crazy.  Perhaps Jesus is saying God the Father is willing to be identified as a hated and seemingly unwise father.  The son takes the money and flees.

Obviously, it doesn’t go well for the younger son away from home.  I mean, have you ever thought pig slop looked tasty?!?!?

In a moment of desperation, he begins to understand his actions have brought him to a situation (knee deep in pig slop!) from which he cannot free himself.  He returns, planning to admit his sin, not be called son, and become a hired hand.  While he is far off the father runs up and embraces him.  It appears the father was sleepless while watching, waiting, and fearing his son was dead, but yet hoping for his return.  God the Father waits with compassion to embrace the lost and resurrect the dead now.

The son says he has sinned and is not worthy to be called son. Before he can continue, the father launches into full blown party mode, with robe, ring, sandals and fatted calf summoned to signal to all that “this is my son and I accept him.”  The son, by passing the “hired hand” status jumps from dead/lost to found/son!  Party time!

But wait, the older son has been around the whole time.  He, the practical, faithful and serious older son, is angry and does not approve.  Maybe he refuses to recognize that he has only been going through the motions of being alive.  The younger brother was off with prostitutes (he assumes) and he never even got a young goat for time with friends.  Imagine the look on the older son’s face when the younger gets a fatted calf, whole community party with dancing and music.