Have you ever felt lost? Lost something really important to you? 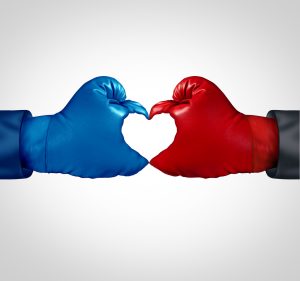 After 106 years of searching, a ship lost miles below the icy water near Antartica was recently found! Explorer Ernest Shackleford’s ship, Endurance, was exploring these frigid waters when it became trapped by ice and could no longer move. Miraculously, most of the crew survived by making camp on a smaller boat on the ice, living there for months before they were rescued.  The Endurance sank and researchers have been looking for the ship ever since. Scientists say that because it sank in such cold water the ship is almost perfectly intact, as if it sunk yesterday! Such a discovery!

Would you search as long for something as scientists did for the Endurance? At what point would you give up? What make it worth the search?

In this text we hear about things lost and then found. Jesus tells us several parables, stories which help us understand a lesson. The three stories in Luke 15 focus on a lost sheep, a lost coin, and a lost son—all lost and all found at a cost. We often call the third story the parable of the prodigal son.  Prodigal means one who spends or gives lavishly or foolishly.

The father has two sons, the younger one asks for his inheritance, goes away from home, and spends it all.  The older son stays and works hard on the farm. One day the younger son comes home poor, planning to beg forgiveness and ask that he be treated as a servant.  But the father sees him coming and runs to greet him.  He gives him a robe and plans a large feast to welcome him home. The older son is angry with his father, feeling this is unfair, as he has been working this whole time, while his younger brother spent his inheritance.

The father responds that everything he owns has been available to his older son all along.  He invites his angry son to let go of his bitterness and embrace the celebration.  “This is your brother,” the father says; “he was lost and dead, but now he’s home!  Don’t sulk in the darkness. Come in, join the party, and rejoice!

This is a the classic game of Spoons, but with an element of Hide and Seek thrown in the mix. You will need a deck of playing cards and some spoons. Instead of placing the spoons on the table, hide one less spoon than players in the game in various places around the room.  Then you try to get four of kind, just as in regular Spoons. Once players have four of a kind they get up and try to find a spoon.  If you are not familiar with Spoons, here is link to the rules of the basic game.

Feel free to create your own variations.

Compassionate God, thank you for seeking us, even when we feel really lost. Thank you for not giving up on us.  Help us to help others who might feel lost or alone. Help us to share your love and compassion with all we meet. Let us lift up each other in prayer… who should we pray for (invite youth to go around in a circle and prayer for something or someone who might feel lost)… we pray all this in your sons name. Amen.