What is it like to rebuild something that has been broken or destroyed, especially something you care about? Think about anything from relationships to toys, from sandcastles to careers. 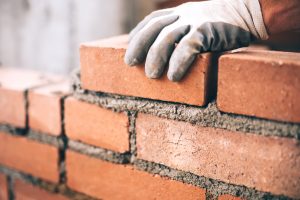 After nearly two decades of war, Iraq is rebuilding. Cities like Baghdad are bustling with new fashions in clothing and old favorites in food. Mosul, formerly a stronghold of ISIS, is further behind the process but still showing signs of renewed vibrancy. Across the country, the landscape is scattered with rubble of the old and reflections of the new. This article details the difficult process, complicated by both political and religious divides, of rebuilding for the Iraqi people.

What’s clear is that natives loved this land. They lost homes, businesses, landmarks, mosques, churches, art, antiquities; and most irreplaceable, countless loved ones, to war. More than can be remembered is gone. The destruction, initially related to the U.S. led coalition’s War on Terror, was furthered by wars in Afghanistan and Syria, as well as political strife in Egypt and Turkey. Militants within and without led to the rubble, but the locals are the ones who rebuild life from the ashes. There’s a relentless hope to this kind of life after seemingly endless destruction. Rebuilding happens after woe.

Jesus’s ministry happens in a conflict-laden Israel, and no place is more susceptible to that strife than Jerusalem. Jesus is warned by Pharisees, who are often religious opponents, that Herod plans to kill him. Herod, who claims Jewish ethnicity, is a puppet governor of Rome. Roman occupation of Israel began nearly seventy years before Jesus’s ministry, so few of his listeners would remember a time without an occupying army, religious zealots, and political factions constantly struggling for control. In the midst of this struggle for power, Jesus dared to claim Israel’s lordship and displayed divine ability by healing illnesses, casting out demons, and forgiving sin. So of course Herod would want to kill Jesus, who captured the hearts and minds of people Herod meant to control.

Yet, in the face of that threat, Jesus refuses to run, continues his work, and laments the impending destruction. That’s an impressive, daunting disposition. Scripture tells us that Jesus eventually dies of this conflict. History tells us that the temple is eventually torn down by Rome as a punishment for continued revolts against the empire. That’s what the desolate house business is all about. Much like present day Iraq, 1st century Israel suffered massive destruction due to the wars sparked by various powers vying for control. Jesus sees the end result of this conflict, and so calls out woes to Jerusalem, a city that he loves deeply, full of people he loves dearly.  Yet, he also sees a future time when rebuilding will happen, foreshadowed in his own resurrection. In the midst of this conflict, Jesus refuses to stop working for the good, even amidst the woe. Jesus refuses to run away, even amidst the knowledge that his life is on the line. Jesus’s penchant for life bears even the immediacy of death. Perhaps most striking is Jesus continued love for this place. Like the present day residents of war torn lands, so too Jesus knows what it is  to love a place wrecked by division, to love even a people who are a threat to his life.

Lent is a journey that recalls Jesus’s walk toward his own personal destruction, humiliation, ultimately his death. Yet, Lent is also a preparation for life after the woe. It’s preparation to rebuild. Rather than resign ourselves to the shadows of the tomb or the destruction of our city, we enter the disciplines of Lent to prepare for Jesus’s resurrection after the woe of his death. We build an ability to say “blessed is the one who comes in the Lord’s name.” We bear with the sorrow of death and prepare for the abundance of God’s divine life.

God of restoration, you love with a commitment stronger than the grave. When we encounter unimaginable struggle, remind us that you continue to work on our behalf. When we live through unspeakable suffering, remind us that you refuse to run away. When we fear the worst, remind us that you lived through the worst to bring us the very best of all, abundant and everlasting life. We pray this all in the name of Jesus: Amen.