Whom do you trust? 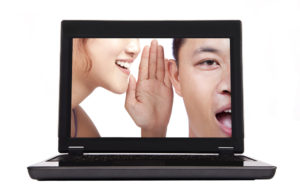 A recent article in the Los Angeles Times  suggests that fake news is not new.  Andrew Tucher, a historian and journalism professor at Columbia University, notes that “Newspapers were very political in the early years of the republic,” Tucher said. “There was no understanding and no expectation that news should be impartial. News was the thing that expressed opinion.”

In our own day the problems seems to be that people have a hard time distinguishing fake news, partly because we are more likely to believe a lie if reinforces what we already believe.  “If a lie is telling you something you want to hear, you’re more likely to think it is true,”says Sharon Kaye, philosophy professor at John Carroll University.

Baptism of Our Lord

Matthew wants his readers to know that Jesus is the real deal.  Jewish history is full of what might be called “fake Messiahs,” and many in Matthew’s time (and since) would list Jesus in that category, because he did not match expectations.  Like a determined lawyer, Matthew is intent on proving that Jesus really is the Messiah, frequently citing the Jewish Scriptures (our Old Testament) to build his case.

One major piece of Matthew’s presentation is establishing Jesus’ authority as a rabbi, or teacher (and also fulfiller) of God’s law.  What makes a rabbi credible?  In his book Velvet Elvis:  Repainting the Christian Faith, Rob Bell explains:

Most rabbis taught the yoke of a well respected rabbi who had come before them….

Every once in a while, a rabbi would come along who was teaching a new yoke, a new way of interpreting the Torah.  This was rare and extraordinary.

Imagine:  A rabbi was claiming that he had a new way to understand the Scriptures that was closer to what God intended than the way of the rabbis who had come before him.  A new take on the Scriptures.

The questions would immediately be raised:  “How do we know this is truth?  How do we know this rabbi isn’t crazy?  One of the protections for the rabbi in this case was that two other rabbis with authority would lay hands on the rabbi and essentially validate him.  They would be saying, “We believe this rabbi has authority to make new interpretations.”  That’s why Jesus’ baptism was so important.  John the Baptist was a powerful teacher and prophet who was saying publicly that he wasn’t worthy to carry Jesus’ sandals.

“And a voice from heaven said, ‘This is my Son, whom I love; with him I am well pleased.’”  A second voice affirmed Jesus’ unique calling.  The voice of God.  Amazing.  A Jewish audience reading Matthew’s account of Jesus’ baptism would pick up right away on Jesus’ getting the affirmation of two powerful voices.

If God says you’re legit, then you’re legit.  Jesus is the real deal.  The good news is not fake news.  God doesn’t say it because it’s true; it’s true because God says it.

This is also the good news of our own baptisms, where God affirms what some pastor who can’t carry Jesus’ sandals either has said:  that we also are God’s beloved children, connected to Jesus and given the same Spirit.  It must be true and trustworthy.  We are loved, because God says so.

Voice of heaven, speak your love into our lives.  Teach us to trust you.  Help us to discern true from fake, in ourselves and in others.  Renew us in the covenant and calling of baptism, that we may please and serve you in all we do, in the name of your beloved Son, Jesus Christ our Lord.