Is there anyone in your life whom you would consider a hero?  What is it that makes them heroic?

The Force With You

As I sit writing this lesson, I know that tonight the new Star Wars movie will be released at midnight.  Perhaps many of you will have seen this movie already by the time this lesson reaches you.  I hope it was magnificent!  I hope that it captured all of the heroic glory of the originals, drawing us ever into an epic tale of adventure among the stars. 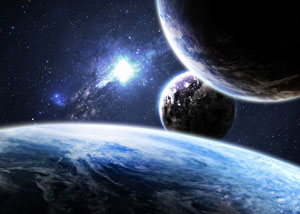 Commentators on the original Star Wars movies commonly note that the story is actually a very old one.  In many, many ancient tales, a young hero from humble origins is whisked away on a journey to reach a destiny he could never have dreamed of before.  He is mentored by an old, but powerful figure, who teaches him how to maximize his potential in order to defeat a potent enemy.  Many of our films capitalize on this archetype – after all, doesn’t this same storyline fit adventurous heroes like Harry Potter and Katniss Everdeen?

If it isn’t the basic storyline that has made Star Wars unique and beloved for four decades, then what is it?  Perhaps it is some of the mystique that comes with the Star Wars universe.  For me, the coolest part of the Star Wars story has to be the Force.

If you aren’t a committed geek like me, you may not know that the Force, in the Star Wars films, is a powerful, pervasive entity that is present in all life.  For those who know how to tap into it, it enables them to not only achieve great power, but also to be much more aware of their surroundings – and even able to feel and communicate instantly across wide distances of space.

It isn’t just magic, though.  The Force can be used for good or evil.  It is a mystical energy that even the Jedi, its strongest users, struggle to fully understand.  The Jedi are heroes not only because of their power through the Force, but even more so because of their wisdom and their commitment to use the immense power of the Force with restraint and a commitment to peace.

This passage is a tremendous one to follow our study of the miraculous and inspiring setting of Jesus’ birth.  You see, the story of Jesus’ birth reminds us of the humble way that God chose to be born among humanity.  Jesus is born to the family of a carpenter.  At the time of His birth, there is no room at the inn, and so He is born among the animals in the stable.  The first dignitaries invited to the court of this newborn King are but humble shepherds, watching over their flocks by night.  (The magi would have arrived later.)

These themes are crucially important to our understanding of the Christmas story.  Our Christmas plays and pageants always focus on them, and many pastors are careful to ensure that their congregations hear the magnificent story of Jesus’ arrival through the lens of His humble birth.  It is an amazingly powerful story, and it reminds us of the tremendous love that our Savior has for us!

There is a problem, though: Sometimes, we are so busy telling each other about the humility of Jesus’ birth that we forget about the majesty of who Jesus really is.  This passage from John’s Gospel reminds us just who it is that came to live among us mere humans.

“He was in the world, and the world came into being through him…”

Though God the Son came to live among us, it was not the beginning of his existence.  The Son is part of the omnipotent Trinity that created our world, crafted our existence, and guided the people of Israel throughout the thousands of years preceding the Gospels.

“From his fullness we have all received grace upon grace.”

It is God that enables grace, power, and beauty to be present in our lives.  It is God who is created us.  It is God whose infinite nature means that He holds the entire universe in His hands.  And it is God who deigned to be born in a manger.

As we celebrate the humility of Jesus’ birth, let us take a moment and try to imagine the awesome love that God must have to have put aside His majesty to dwell among us.

Prepare for the coming of Jesus in the Gospels as if it were the release of a film.  One group of youth can design a movie-style poster.  Another group can write and record a trailer.  How will you capture the essence of this story for the release?

Holy God, in your infinite love, you came down from heaven and lived a life of peace and service to your humble creation.  Thank you for always continuing to be present and powerful in our lives.  Grant that we would always be inspired by your words and works among us.  In the name of Jesus we pray, Amen.