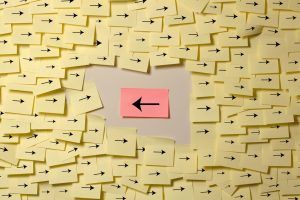 At the beginning of this month, the U.S. House of Representatives elected a new Speaker. Typically, electing a new Speaker occurs rather quickly, needing only one vote, but this time the situation was different. While Representative Kevin McCarthy (Republican from California) was the early favorite, it took fifteen votes for him to be elected Speaker. This is the first time in 100 years that the election for Speaker took more than one vote.

What took him so long? A group of Republican members who are considered to be “far right” had a very different view of how they wanted the role of Speaker to function. Essentially, this group has different values than their peers, and they wanted to see those values become part of the regular order of business in the House. The vote to elect a Speaker became a clash of values.

Within each of the two major political parties in the United States (Republicans and Democrats), there is a diversity of values, viewpoints, and beliefs. No one party can encapsulate the entirety of a person’s values, which is true for both voters and our elected officials. But, the difficulty seen in the most recent election for Speaker of the House of Representatives indicates that the values of elected representatives are often at odds.

In the book of Matthew, Jesus’ first major teaching opportunity – known as the Sermon on the Mount – occurs in chapter five. Crowds have been following Jesus.  So he goes up a mountain, sits down, and begins to teach them. He begins his teachings with nine blessings, often called the Beatitudes.  From them we learn about Jesus’ values and the values of the kingdom of God.

Jesus lived in a society that placed heavy meaning on actions which would bring honor or shame to your family. Things that brought honor included wealth, power, and high-status positions. Alternatively, things that brought shame included breaking social norms, illness, and poverty. Furthermore, males and females were treated differently when it came to matters of honor and shame.

The crowds gathered around Jesus heard him speak these nine blessings and would have been shocked. Jesus was teaching them the values of the kingdom of God, but these particular values did not align with the cultural values of honor and shame in which they lived.

The crowds grew up learning that wealth, power, and social status mattered.  They brought honor to your family’s name and were a sign of blessing. Now, they were learning that God values people who are poor in spirit and people who mourn.  God cares for the powerless (translated as “meek” in the NRSV), and those hunger for a right relationship with God, rather than for things that help them climb the social ladder. Who is Jesus that he would espouse these alternative values?

While we have had the benefit of nearly 2,000 years to get familiar with the Beatitudes, Jesus’ audience was in a different position. How did they receive these teachings? There are no post-sermon interviews with the crowd to gauge their reactions, not even a quick five question survey to rate their satisfaction with Jesus’ teachings.

We, too, are shaped by the culture around us, but we are also shaped by Jesus’ teachings which can be just as radical now as they were 2,000 years ago.

Patient and loving God, you sent your Son Jesus to teach us the values of your kingdom. Give us hearts and minds that are open to your teachings, especially when they challenge the values of the culture around us. Help us to be life-long learners of your Word, and show us how we can teach others about you. In Jesus’ name we pray, amen.