If you could have a conversation with anyone you wanted, living or dead, who would it be with?

On January 8th, the 2017 Golden Globes aired across the nation.  It was a night of awards for films and television of all sorts.  In any other year, the big headline after the awards ceremony would have likely been about the biggest winners.  After all, this year saw the film “La La Land” earn a record-breaking seven Golden Globes.  This year, though, that was overshadowed by one speech given by 67-year-old actress Meryl Streep. 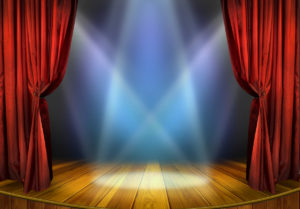 Streep took the stage after winning the prestigious Cecil B. DeMille Award, an honorary Golden Globe awarded only once each year to the entertainer who made the most “outstanding contributions to the world of entertainment”.  It was an honor for Streep, who joined the ranks of such film giants as Judy Garland, Sidney Poiter, and Walt Disney.

As she took the stage, though, Streep surprised the crowd by her speech.  It wasn’t about her film experience or her cinematic triumph.  Instead, Streep made a speech about culture, diversity, and rhetoric.  Though she didn’t mention him by name, this speech was seen by most to be a criticism of President-Elect Donald Trump (specifically of his comments about a disabled reporter while Mr. Trump was campaigning).

Reactions to Streep’s speech ranged from admiration to anger.  One Twitter user commented, “Thank you Meryl Streep. Bravery, poise, eloquence, and speaking for many rather than just for herself, and for what is right.”  However, others were angry at how Streep chose to spend her time on the stage.  Kellyanne Conway, Mr. Trump’s campaign manager, said she was “concerned that somebody with a platform like Meryl Streep’s is inciting people’s worst instincts.”

Regardless of our feelings about Mrs. Streep’s speech, the reality is simple enough: When given a chance to speak at the podium of a broadly-televised and popular event, she chose to speak about an issue that she saw as gravely important.

The Beatitudes form the beginning of the Sermon on the Mount in Matthew’s Gospel.  Matthew 5 begins by saying that, “When Jesus saw the crowds, he went up the mountain; and after he sat down, his disciples came to him. Then he began to speak, and taught them…”  The context of this Sermon is quite important.  Jesus has just begun his ministry and has called the first apostles.  The Sermon on the Mount represents, as far as we know, his first major address to a huge crowd of people.  There will certainly be more, but it all starts here!

In Jesus’ first address to his first huge crowd, it’s reasonable to assume that he’d start with something incredibly important to his mission and ministry.  After all, wouldn’t he have wanted to make the most of this chance to communicate to the masses?

It’s really important, then, to note that Jesus’ very first words in this pivotal Sermon target those who are traditionally marginalized or considered weak.  The first three Beatitudes target those who are shown in a state of weakness, turning their very weakness into power.  The next four promise the fulfillment of those who seek virtue and goodness.  Finally, the last two promise the fullness of God’s kingdom to those who encounter trials because of their devotion to God.

As Lutherans, we encounter another beautiful truth in these words.  Luther taught that God’s Word is more than just information.  God’s Word is actual creative power.  In the beginning, God said, “Let there be…” and there was.  God’s Word doesn’t just describe reality – it creates reality.

So when Jesus climbs a mountain, turns, and addresses the people, he’s doing something profound.  In the opening to his profoundly important Sermon on the Mount, Jesus speaks and changes the world.  Jesus speaks the creative power of God’s Word, creating a world in which traditional authority cannot stand against the power of humble, the meek, the persecuted, and the oppressed.  Jesus issue the words that change our world.  Amen!

Heavenly Father, your Word shapes our world, lifting up the oppressed, comforting the afflicted, and challenging the comfortable.  Show us how to mirror your love to the world.  Help us to value those virtues your Son taught on the mountaintop.  Be with us and teach us to find strength in weakness.  In Jesus’ name we pray, Amen.