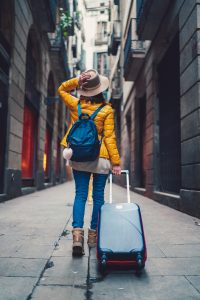 Census researches report that more and more people are moving away from rural living and into urban and suburban communities. That’s true in our country, in  small town Warren, North Carolina. The reasons for such departures include the high volume of job opportunities, public services, and entertainment options in cities. The same is true of me, a child of small town Orrville, Ohio who currently lives in Columbus, Ohio and has lived in major metropolitan areas for most of the last decade. This trend extends far beyond the United States. It’s true across the globe, even as far away as Australia. Yet, as this last article details, there are people that choose to live the country life despite the trends toward metropolitan living, and even those who return home to country life after deciding to leave the daily grind of the city. While the trend is toward population centers, some are drawn to their more rustic roots to make major changes or undertake new initiatives, like beginning a new job or starting a family.

Though the heading in your Bible might say something like, “The Rejection of Jesus at Nazareth,” as it does in the New Revised Standard Version (NRSV), the reading we’re assigned today only introduces us to Jesus’s routine, his leadership, and his decisions at the very beginning of his public ministry. Any knowledge of his rejection comes later.

In our seven verses, we see Jesus come to Galilee from Jerusalem, which is a big change. Comparing Nazareth to Jerusalem is likely comparing a town with one stoplight to Los Angeles. Nazareth was a small place, relatively insignificant to most outside observers, except we know that it was Mary’s hometown and where Jesus grew up. Now, he’s back with some new news to share. But how did he get here?

Just before this, John baptizes in the Jordan River, near the Dead Sea. Then Jesus follows the Spirit into the wilderness for temptation before he eventually lands in Jerusalem. In other words, Jesus could easily have begun his ministry in the center of religious life, among the politically powerful and socially elite, with a huge audience to hear the message of God’s reign come near. For some reason, Jesus returns home to start a movement that will change the entire world.

Perhaps this was because it’s easier to start a new movement in familiar territory. Perhaps Jesus wanted to try his routine first with a smaller audience. Perhaps it’s because Jesus hoped to recruit people as disciples from among old friends and fishing buddies. We can imagine many reasons, but what the Bible tells us specifically is that Jesus came to Galilee under the power of the Holy Spirit and entered that synagogue on the Sabbath because it was his custom. Just as the Spirit led Jesus into the wilderness for his temptation, so too the Spirit leads Jesus into Galilee to begin his ministry.

Jesus went home because God was there, calling him to something wonderfully new in a place that felt very familiar. Jesus, following the proclamation of Isaiah 62, proclaimed some radical changes to his family and neighbors and friends: “Good news to the poor, release to the captives, recovery of sight to the blind, freedom to the oppressed, and the year of the Lord’s favor.” In other words, Jesus didn’t just return home for himself, but instead, followed the Spirit in a mission to bless all kinds of people, beginning with the people Jesus knew best.

It’s important to remember that; just because Jesus knew them best doesn’t mean he liked them most. This is not a call to give good news just to your friends, to those like you. Rather, when we follow Jesus and return home with good news, we offer that gospel of liberation and divine favor to all people. Jesus’ return isn’t because of his affinity for the select few of Galilee, but because the seed of his word, planted in the Nazarene soil, will blossom with fruit that will feed all nations.

Even though the hustle and bustle of Israel’s religious and spiritual life was centered in Jerusalem, Jesus announced the fulfillment of God’s promises in Galilee. Of course, Jesus eventually returns to Jerusalem, and sends the disciples from Jerusalem to the very ends of the earth. In other words, God’s good news is for all people, no matter where they call home.

God of our ancestors, we thank you for homes that raise us well, for homes that give us respite from abuse, dysfunction, or neglect, for homes that inspire us to journey into the great unknown, and for homes that receive us with open arms when we return. Wherever we make our home, guide us into a community that lives your favor for all people. Amen.