Who do you consider your enemies?

A group of prominent conservative voices that loudly opposed President Donald Trump’s candidacy are now fearful that he might take revenge over their lack of support now that he is president.

It may seem a little paranoid to be worried about the President of the United States coming after you, but Trump has talked frequently about getting revenge on people he feels has wronged him and even written about it in some of his books. “My motto is: Always get even,” he wrote. “When somebody screws you, screw them back in spades.” 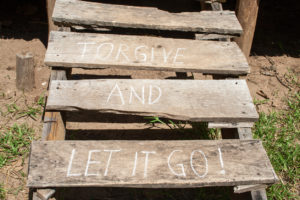 When asked about his favorite Bible verse last year, he said it was “an eye for an eye.” “The question is not whether he’s vengeful,” conservative columnist Ben Shapiro told The Atlantic. “The question is how willing he is to use the levers of government to exact that revenge.”

Shapiro was a columnist for right-wing Breitbart News, but he quit last March when he felt the site had become a place where Trump could not be criticized. Shapiro said he has installed a state-of-the-art security system in his home and purchased a shotgun in case anyone tries to harm him.

“They can fight very ugly and very nasty,” he said of Trump and former Breitbart boss Steve Bannon who is now a Trump advisor. “And they do have power now, where if they feel like destroying you, they can.”

Conservative talk show host Glenn Beck says he has received multiple death threats from Trump supporters and now travels with two bodyguards to protect himself. “It is not fun,” Beck said. “I don’t cherish it, but I value the truth more than I’m afraid of retribution.” Beck has said that Trump is putting some “disturbing people” in his inner circle and that his treatment of the press is alarming.

Jesus turns President Trump’s favorite scripture verse on its head in this passage. Instead of “an eye for an eye,” Jesus says we need to give up our right to get back at someone who wrongs us. In Old Testament law, these rules were a deterrent that kept people from hurting each other, because they knew they would receive the same hurt as punishment for their actions.   In addition, “an eye for an eye” was a limiting factor—one could exact no more than an eye for eye.

In the Kingdom of God, however, grace reigns—unmerited favor shown to us by God that we then show to others . Think about it: if Jesus’ commands were followed by his people, they would really stand out as different from others in the extent of their love. And that’s the point, isn’t it? Elsewhere in scripture, Jesus says that his followers will be known by their love for others.

The command to love your enemies is one of the hardest in all of scripture. It goes against every grain of our nature to love our enemies. And it’s even more difficult to show love to someone when you expect you will only get more hate in return. What if your enemies take advantage of your kindness? What if they hurt you even more? Loving makes us vulnerable, and that’s scary.

Our leaders have a responsibility to protect the people as well as they can. Are they supposed to make the whole country vulnerable by not acting against our enemies? They doubtless wrestle with the best way to treat those that have made themselves enemies. But Jesus wasn’t preaching to leaders or governments—he was talking to individuals that want to follow him.

On a personal level, we are called to show God’s love in radical ways. If we make ourselves vulnerable, rather than reacting angrily or seeking self-protection, we need to trust God to be our protection. God may have purposes which we do not understand in the present moment. Operating out of self-protection may seem logical.  We don’t need to put ourselves in harm’s way unnecessarily, but we do need to follow God’s call to love our enemies even when it scares us and makes us feel like we might be in danger.

Random (or Not-So-Random) Acts of Kindness:  As a group, decide on a day to perform random acts of kindness, focusing specifically on people who have mistreated you in the past or who you might consider an “enemy.” Pray for each other for strength to complete the random act and report back after that day to talk about how it went.

God of us and of our enemies, help us to love those who persecute and mistreat us. Soften their hearts toward us and our hearts toward them, so that we may find ways to reconcile and seek your peace together. In Jesus’ name we pray, amen.