Have you ever suddenly been told you could no longer do something which you’d always been allowed to do in the past? What was your reaction? Did you continue to do it or did you stop?

It’s an iconic shot that’s used frequently in Washington D.C.-based films and TV shows: the character stands in the foreground, and the dome of the Capitol building looms majestically behind them. Such scenes are often filmed on a little strip of pavement just on the edge of the reflecting pool.  That spot is a favorite of directors and location scouts alike, because that’s the closest to the Capitol building a film crew is legally allowed to get.

But the Capitol Dome may loom no more in films. Last month, Congress took control of that strip of pavement away from the film-friendly U.S. Park Service, and gave it to the Capitol Police.

“The answer from the Capitol is always no,” said location manager Peggy Pridemore. “My entire industry was afraid we are going to lose that special spot to film the Capitol building.”

Washington D.C. is already a notoriously difficult place for filming. More and more D.C.-based dramas are being filmed in Baltimore instead, due to Maryland’s more flexible film council and tax incentives for filmmakers. This change in management for the Capitol Dome shot may serve to drive even more filmmakers—and their money—out of D.C.

Jesus’ fame is spreading like wildfire. It’s early in his ministry and already people are flocking to him to be healed. After he’s spent 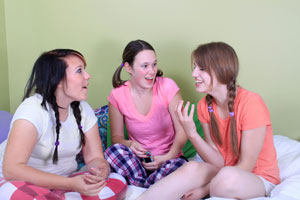 the entire day curing the sick and casting out demons, a leper approaches him.

Now, lepers were considered to be among the most unclean people there were. Leprosy being extremely contagious, they were isolated from everyone else, forced to stay outside the city, and not allowed to mingle with regular people. Yet this leper, cut off from the rest of society, has still heard of Jesus and his miracles.

Not only that, he has faith. He doesn’t say to Jesus, “I’ve heard you can heal the sick,” or “Is there any way you can help me like you’ve helped others?” He tells him, “I know you can make me clean—if you choose to.” The question isn’t one of capability but of willingness. Of course Jesus has the power to heal this man. But will he? The man is unclean, a sinner, an outcast from society. By law, everyone stays as far as they can away from him. Why should he expect Jesus to treat him any differently? But Jesus does. He chooses to heal the man, and make him whole again.

And then Jesus does a very strange thing. He tells the man not to tell anyone what Jesus has done for him. Not so strange, when you think about it—Jesus had been healing people for days. Sure, he was the Son of God, but he was also a human being. Maybe he just needed a rest.

But in spite of Jesus’ warning to tell no one, the leper does just the opposite. He tells EVERYONE. He can’t contain himself. He starts spreading the good news across the city—and then to other cities! Everywhere he goes, he can’t help but tell the people he meets about Jesus, and how he cleansed him and made him whole. The effect is so great that Jesus can’t go anywhere without being mobbed by people. He has to find himself a quiet spot out in the country where he can rest.  Even there people flock to him. Such was the power of this leper’s witness.

The leper’s attitude towards the gospel is what ours should be. Without Christ, our lives are lonely, isolated, broken, sick, and unclean. But Jesus chooses to have mercy on us. He chooses to heal us, to make us whole again—to cleanse us in a way we’ve never experienced before, and bring us into his flock. He gives us life instead of death. That’s good news. That’s the best news. News like that, we shouldn’t be able to keep to ourselves. It should well up inside us and burst forth to the point where the command, “Keep silent” is impossible. What Jesus has done for us, what he has given us, is so amazing, that we should want to proclaim it at every opportunity. Not because we’re told to, but because we cannot do otherwise.

Think more about Question #4: Write down some of the things that Jesus has done in your life. Brainstorm ways that you can share this with others in the coming week, and maybe some specific people who might benefit from hearing the good news about Jesus.

Lord, thank you for all that you have done in my life. Thank you for your wonderful mercy and love towards me. Let me be unable to keep that mercy and love to myself, but make me eager to spread the good news of your salvation to those around me. Show me opportunities in the coming week to share your gospel, that I may help spread your love to the rest of the world. In Jesus’ name, Amen.