When was the last time you participated in an emergency drill – fire, storm, intruder?

Canary in the Coal Mine 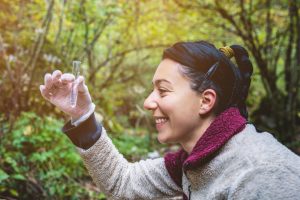 In the 1880’s, Scottish-American naturalist, John Muir, lead an effort to protect Yosemite from encroaching agriculture and development.  Muir inspired our nation to establish a system of national parks, refuges, historic sites and recreation areas that would preserve “America’s Crown Jewels.”  Muir founded the Sierra Club, which is still a leader in environmental movement.

Marine biologist, Rachel Carson, shocked the world with her 1962 book, Silent Spring.  Carson detailed the connection between increased pesticide use and plummeting bird populations.  Affected birds were some of the first to be added to the Endangered Species List that debuted in 1967.  With 50 years of improved practices, many species have moved from being “endangered” to “threatened.”  The use of pesticides, fertilizers and genetically modified species is still a contentious issue, but some bird populations have rebounded.  We no longer spray DDT, but scientists are now struggling to explain the dramatic disappearance of pollinating bees.

Today, many scientists see our changing weather patterns, diminished arctic ice, increasing ocean temperatures, 500-year floods every four years, mass extinctions, and forest fires as desperate calls to action.  Just a century ago, miners kept caged birds in the tunnels to warn of deadly mine gasses.  According to climate activists, nations and industries are ignoring the warning signs and heading deeper into the mine.

Like John Muir and Rachel Carson, a new generation of activists is rising to champion environmental causes.  However, the new activists are not just seasoned naturalists or veteran biologists; they are young adults, teens, and children.  Sixteen-year-old, Greta Thurnberg, has become one of the leaders of the youthful activists.  She began her solitary protests in front of the Swedish Parliament in 2018.  Within a year, her movement inspired thousands of students across the world to walk out of school and demand action.  This August, Greta sailed across the Atlantic to address to the United Nations. She railed against complacency, “You have stolen my dreams and my childhood with your empty words. And yet I’m one of the lucky ones. People are suffering. People are dying. Entire ecosystems are collapsing. We are in the beginning of a mass extinction, and all you can talk about is money and fairy tales of eternal economic growth. How dare you!”

Greta spent the fall touring the United States and Canada.  With every speech, she called for immediate action.  She spoke before the Intergovernmental Panel on Climate Change and urged Congress to take “real action.”  In November, she boarded a 48-foot catamaran destined for Madrid’s United Nations climate summit.  The 2019 UN Climate Change Conference summit begins on December 2 and will focus on reducing greenhouse gas emissions.

The Jewish community waited 700 years for their voice in the wilderness.  Isaiah promised a profit who would “prepare the way of the Lord.” Imagine the excitement in Jerusalem and the synagogues.  The wait was over.  The Messiah was here. If the Baptist was right, the Messiah was bringing FIRE!

Judea was ready for a revolution.  Four religious sects dominated Jewish life – Pharisees, Sadducees, Essenes and the Zealots.  We know the Pharisees and Sadducees from gospel stories and the song, “I Just Wanna Be Sheep.”   The Essenes are famous for their desert communities which hid copies of scripture in clay jars.  The jars were discovered in 1946, and the Dead Sea Scrolls include some of the oldest fragments of the Bible.

Zealots wanted FIRE.  The other groups wanted to free Judea from Roman occupation, but the Zealots incited war.  Their uprising eventually lead the Romans to destroy the temple and scatter the Jewish nation.  Today, the word “zealots” is synonymous with those who takes their beliefs to the extreme.  You can be a football fan – a zealot gets a face tattoo and names her first born “Bart Star (if she is a Packers fan).”

The First Century Zealots must have felt Jesus was a false Messiah.  John promised that Jesus would bring fire, but the Messiah did nothing to oppose the Romans and Herod.  The Zealots were blind – they could not see the true fire.  Jesus brought a fire that lives in our hearts.  It is a fire of love that burns away hate.  It is a fire that swept across the world and continues to spread love.

With your group, tour your church building and look for ways your congregation is working to conserve natural resources.  Also, brainstorm ways your church could improve its conservation efforts.  Compile your suggestions, write a letter and ask your congregational council to implement change.Using your phones, research and discuss the National and State Parks in your area.  Share the history of the parks and the treasures they protect.

Dear Heavenly Father, Blessed Mother and Creator of All, please guide your children.  Help us to follow the wise voices and avoid the vipers.  Help us to walk in grace and ignite fires of love.  In your name, we pray.  Amen.