With Honor and Gentleness

Just before midnight on November 19, 2022, a gunman entered Club Q, an LGBTQ nightclub in Colorado Springs, Colorado, and opened fire. Five people died and at least 18 were injured.  The incident could have been even worse, but two people at the club confronted the gunman, took one of his weapons, and subdued him.

As a queer person who began coming out  just before the 2016 mass shooting at Pulse, an LGBTQ nightclub in Florida, I am inspired by the bravery of the people at Club Q who confronted the gunman and almost certainly saved lives in the process. They embody one of the chants that I’ve heard at many of the protests I have attended in the past two and a half years: “We keep us safe.” In a country where many from marginalized communities have justifiable doubts about whether police will help us or harm us, we often find ourselves in situations where we need to defend ourselves without relying on outside help.

Yet we should not be put in dangerous situations, certainly not with the current degree of frequency. A world full of heroism is not the goal;  a world where brave club-goers kept the death toll down to five is still a world where five people died due to senseless violence. We should strive for a world where extraordinary heroism is unnecessary because no one is driven by hatred to commit senseless acts of violence in the first place—and a world where it is much harder to obtain the instruments of death involved in such acts.

When I read the Shakespeare play Much Ado about Nothing in college, my professor referenced this gospel text. In Much Ado about Nothing,  Claudio thinks the woman he is engaged to, Hero, is cheating on him. In reality, Hero is not cheating; the whole thing is an illusion set up by the villain. However, when Claudio gets to the altar on the wedding day, he accuses Hero of infidelity in front of everyone and refuses to listen to her protestations of innocence.

One of my male classmates defended Claudio’s behavior, saying it was just what any guy would do if he thought his fiancee was cheating on him. My professor replied that he thought there were other ways Claudio could have responded. “I know an even older story than this,” my professor said, “from another very patriarchal culture. The guy in this story didn’t just suspect that he was being cheated on—his fiancee was pregnant, and he knew the baby wasn’t his. But he didn’t accuse her of cheating on him in front of their whole community; the story says that, ‘unwilling to expose her to public disgrace, [he] planned to dismiss her quietly.’”

In dealing with the early stages of Mary’s pregnancy Luke ‘s gospel focuses  on her visit to her relative Elizabeth.  That story offers us the incredible song of justice which she sings while she is there.  Mary’s courage and faithfulness inspire me. 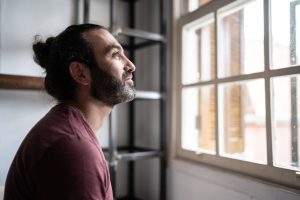 But today I think it’s worth thinking about Joseph. Joseph had no idea what he was getting into when he became engaged to Mary.  When Mary wound up pregnant, the only rational assumption he could make was that she had slept with someone else. But rather than seeking revenge by exposing her to public disgrace, he planned to break off the engagement quietly to preserve her reputation as best he could, without actually marrying her. Marrying her probably seemed off the table, not only because she appeared to have slept with someone else, but also because she seemed to have broken his trust. And then an angel appeared to Joseph in a dream to say that Mary had not slept with someone else or broken his trust, and that marrying her was exactly what he should do.  Joseph obeyed the angel and married her.

At every step in the process, Joseph behaved in a way that was gentle and honorable, not judgmental or vengeful.  God calls us also to act with honor and gentleness rather than in judgment and vengeance.

Holy God, we ask forgiveness for times when we have been judgmental or vengeful, especially when our actions have affected the safety of others. We pray for a world where all are safe, and we ask for your fortification and guidance as we seek bravery to stand up for ourselves and others. Amen.