What’s one goal that’s so important to you that you won’t give up until you have it? Why is it so important? 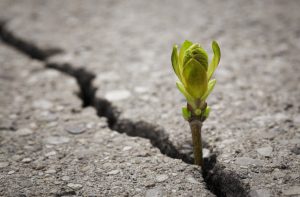 We lost a hero recently. Linda Brown, whose name featured prominently in the 1964 Supreme Court Case Brown vs. Board of Education, died on March 25, 2018. In 1950, this 76-year-old Civil Rights champion attempted to enroll in an all-white elementary school in Topeka, Kansas. Young Linda’s father, Rev. Oliver Brown, attempted to register her for classes. When she was denied access, Rev. Brown sued the school on Linda’s behalf. The Supreme Court finally ruled in Linda’s favor in 1954, ensuring equal access to education for all people. She and her father Oliver lived to see the day, in 1956, when all schools in Topeka were officially integrated. Yet, as Linda lived much of her life in Kansas, she noticed that the end of official segregation policies didn’t eradicate the actual segregation of schools. In 1979, she reopened the case, claiming that Topeka schools weren’t, in fact, integrated, despite the Supreme Court’s ruling. Finally, in 1993, the court ruled in her favor, forcing new schools to be built and new policies to be enacted to ensure that integration was a lived reality for students in her hometown.

Linda’s struggle for the experience of true equality is not over. The process for integrating schools has been long and drawn out. Even as recently as 2016, some schools still utilized loopholes and local policies to enforce de facto segregation by race. While Linda didn’t live to see the absolute end of segregation, she did live to see the end of it within her world of Topeka, Kansas. She fought her entire life, as a child and as an adult, to ensure that children of color and white children would have the same access to education and the opportunity to learn together, eat together, play together, live life together. She would not give up until that goal was accomplished.

A short video on her importance in the Civil Rights Movement

There’s a lot going on in this story. First, the disciples are hiding because they are afraid. Why? Likely because people are starting to tell the story that they’ve heard whispered in the streets: Jesus’ body isn’t in his grave. The disciples are afraid because they know they didn’t take Jesus’ body, so something weird is going on. They’re also afraid because the Roman and Jewish authorities likely believed the disciples were responsible for taking Jesus’ body, trying to fake a resurrection and start a revolution against Rome. The disciples lock the doors because they’re afraid of what happened to Jesus and afraid of being blamed for whatever has happened since.

The risen Jesus doesn’t let a deadbolt stop him, though. He appears on the other side of the locked door, declares God’s peace to the disciples, and shows them the wounds in his hands and side. The overjoyed disciples then receive the Holy Spirit from Jesus, as well as the power to forgive sins (or not – yikes).

Well, almost everyone receives this presence and purpose. Thomas wasn’t there. Silly Thomas. When the others tell Thomas that he’s missed Jesus’ presence, Jesus’ gift of the Holy Spirit, Jesus’ mission to forgive the sins of the world, he replies: “Nah, bro. Unless I see his wounds, I won’t believe it’s true.” Well, that’s my paraphrase, anyway.  This is why people refer to Thomas as “Doubting Thomas,” because he was so dense as to doubt that a dead guy was alive again. I’m with Thomas, here. All of the other disciples saw Jesus’ hands and side. All Thomas wanted to see was what the other disciples saw: the fullness of Jesus before him.

There’s another reason that I think Thomas wanted to see Jesus before he’d believe it was truly Christ, alive from the dead. Earlier in John’s Gospel, when Jesus risks his own death at the hands of the Chief Priests, Scribes, and Pharisees in order to raise Lazarus from the dead, Thomas is the one who is willing to take that risk with Jesus. Thomas says to the other disciples, “Let us go, that we may die with him.” Thomas is so deeply committed to Jesus’ leadership that he’s willing to die for it just a few chapters earlier. He was so deeply committed to this goal, following Jesus, that when the other disciples shared a story of resurrection, Thomas would settle for nothing less than an experience of resurrection. Thomas stayed vigilant for the fullness of Christ, wounds and all, to ensure that the resurrection goal had been accomplished.

God of life, you invite us all into the same classroom to learn of your love and send us each to share it with every person we encounter. Help us to share your story with others, so that they, like Thomas, want to see you, touch you, and know the fullness of your presence. Thank you for showing up in the locked doors of our hearts and offering us your peace, your Spirit, and your forgiveness. We thank you, Jesus, and we love you. Amen.