What is the scariest thing in your life? 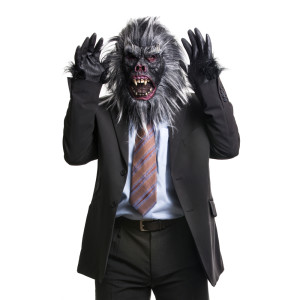 Whether you want to be a part of it or not, we are all constantly bombarded with political ads and conversations during this time of year. No matter which side of the aisle you are on, there seems to be one thread that is constant in everything we see and hear: Fear. And that has been the case for the last couple of decades. During this time anger and alienation between political parties have been growing themes in every political cycle.

According to Rasmussen Reporting nearly 3 out of 4 Americans believe that the country is on the wrong track (Rasmussen Reports). The 2015 American Values Survey cites: “The number of Americans citing crime, racial tensions, and illegal immigration as major problems increased substantially between 2012 and 2015.” While there is no way to measure racial tensions, some things are measurable. During this time the total number of crimes have actually dropped across all categories while the total population has increased, resulting in a significantly lower crime rate (Disaster Center Crime Report). Pew Research reports that the population of illegal immigrants has decreased from its peak in 2007 (Pew Research Center). Jobs, GDP growth (a measurement of our wealth as a nation), and the number of Americans with health insurance have all risen since 2012, pointing towards a trend in the right direction. Despite evidence to the contrary, doom and gloom seem to dominate the political landscape now more than ever.

Norman Ornstein, a world renowned political scientist, proposed that what most people know about society and the economy comes from cable news, talk radio, blogs and their amplification from emails and other social media shared by close friends and relatives. This leads politicians to lean on long lists of enemies which they believe Americans should be afraid of. Republican candidates claim that our perceived problems come from Mexicans, Muslims, “political correctness”, and “Washington”. Meanwhile, Democrats espouse the evils of “Big Money”, racial injustice, and gun ownership as the major issues driving fear in America. Regardless of which side you identify with, it’s clear to see that our political campaigns are fueled first and foremost by fear.

Many Americans have found ourselves having above all, a faith in these stories of doom, and social media doesn’t seem to be helping.  As we sit and stew in our self-selected circles of fear reinforcement, we become paralyzed by our fear. Regardless of overwhelming evidence to the contrary, our fears leave us unable to actually do anything even when we do come up with a good idea to effect change. As a nation, America seems to be addicted to fear itself. Whether it is a different racial group, the overbearing rich, the grasping poor, or the lofty brainiacs, we will cling to fear far more easily than we look for hope.

The Gospel this week begins with the disciples locked away and paralyzed by fear after Jesus’ body goes missing. Despite this, Jesus comes and tells them to go out and share the good news with others. When Thomas returns to the locked room and hears the other disciples recount what took place, he finds the disciples’ story hard to believe and says he just won’t take them at their word. He wants to see Jesus himself. This story is often used to condemn Thomas for not believing, but this time let’s look at the story from Thomas’s perspective.

While all of the other disciples are locked in a room afraid of what might happen to them, Thomas is outside. Why? We don’t really know, so all we can really do is speculate. Maybe the disciples were hungry and Thomas drew the short straw and had to bravely leave to get food. Maybe he was out investigating the claims of Mary Magdalene who had told the disciples that she had seen Jesus. Maybe he was out telling people about the good news of the empty tomb. Whatever the reason, Thomas isn’t with the others when they are locked away and afraid of the world around them.

When Thomas finally does return, his friends tell him that while he was gone their dead friend came and told them to go out and forgive the sins of others. Thomas doesn’t believe them. But would you have believed them? If Jesus really did come back from the dead and tell the disciples to do something, why would they still be locked away in this room. Thomas doesn’t doubt Jesus, he doubts the disciples.

Even when we come back to this scene a week later, nothing has changed. The disciples are still locked in their room afraid of what lies beyond (no wonder Thomas doesn’t believe them!). Then Jesus comes again and tells Thomas to touch him and believe. However, the text never says that Thomas actually touches Jesus. Instead, just seeing Jesus is enough to have Thomas’s doubts answered (unlike the fearful disciples) and he becomes the first person in all of the gospel of John to declare that Jesus is God.

Because Thomas was willing to admit to the doubts and fears that paralyzed the other disciples, he opened himself to hearing Christ’s answer. Doubt helped Thomas to grow and expand his faith, while fear caused the other disciples to lock themselves away. Thomas is a model of a hard-earned faith which will be able to withstand doubt and fear.

“Do not fear” is a common refrain throughout scripture. When Jesus spoke the words, “Peace be with you,” he was reminding the disciples of that very idea. However, when faced with the death of their friend, leader, and teacher, the disciples are paralyzed by fear despite the overwhelming evidence that their fears are unfounded. Jesus uses this peace to call his disciples to action by telling the disciples to go out just as Jesus did in his own life.

Doubt is the pathway to faith and freedom from fear. Doubt is what allows our faith to grow through questioning, investigation, wondering, and discussion. The end of the text tells us exactly why it is written. It is an invitation to those of us who haven’t been able to see Jesus after his death on the cross. But it’s not an invitation to lock ourselves away and wait to get into heaven because we’re afraid of what we might see, do, or have done to us. Rather, it is an invitation to allow our belief to free us from fear and lead us through questioning into a life of action!

Break up your group into smaller groups of 3-5 youth. Have youth use their smartphones to look up a political ad featuring some sort of fear (or look them up for them before hand). Ask them to summarize what the candidate is trying to say and have them create a response ad (most likely a skit) which uses doubt to dispel the fear that the ad created.

My Lord and my God, thank you for your presence here among us today. Help us to believe that Jesus is your son and our Messiah. Please help us to keep from falling into the trap of fear and use our doubts to free us so that we can live lives of faithful action. Amen.