Are there any actions you consider unforgivable?

Surely There’s a Limit–Isn’t There?

The word infamous was made for a person like Martin Shkreli. In September of 2015, Shkreli went from being the founder and CEO of Turing Pharmaceuticals to national front-page villain when news broke that his company had recently acquired the rights to a life-saving drug and then raised its price from $13.50 to $750 per tablet. Among other uses, the drug (called Daraprim) is prescribed to treat AIDS and cancer patients, and the new 5,555% price increase would prohibit a great many patients from affording the new cost of treatment, which would now be in the range of hundreds of thousand dollars per year.

Soon after it broke, news of the price hike spread on social media like an infectious disease. On Twitter, Facebook, and elsewhere people were not shy about heaping scorn upon Shkreli. And while most incendiary current events are chewed up and spit out by the Internet Outrage Machine within a day or two, contempt for Shkreli has managed to endure. And just when it didn’t seem like his situation could sink any lower, Shkreli was arrested by the FBI and charged with federal securities fraud for unrelated activities at his previous companies—after which he resigned as CEO of Turing Pharmaceuticals. Most recently, he was subpoenaed to appear before congress to answer questions about the price increase of Daraprim. Shkreli exercised his Fifth Amendment right to remain silent during his testimony and then—as if inviting disdain upon himself—sent out a tweet that read, “Hard to accept that these imbeciles represent the people in our government.”

It’s safe to say that Martin Shkreli hasn’t had the best run in the past few months.

Luke 15:1-3, 11b-32
(Text links are to Oremus Bible Browser. Oremus Bible Browser is not affiliated with or supported by the Evangelical Lutheran Church in America. You can find the calendar of readings for Year B at Lectionary Readings
For lectionary humor and insight, check the weekly comic Agnus Day. 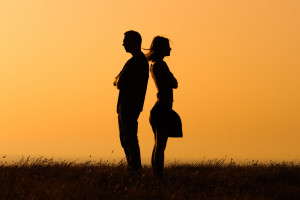 C.S. Lewis once wrote, “Real belief in [the forgiveness of sins] is the sort of thing that very easily slips away if we don’t keep on polishing it up.” With the parable of the prodigal son, Jesus gives us just the sort of story that helps us polish up our belief in God’s extravagant forgiveness.

Jesus tells this particular parable in response to a group of scribes and Pharisees, who are criticizing Jesus for befriending the tax collectors and sinners. Like the older brother in the text, the scribes and Pharisees are both self-centered and self-righteous—they only have eyes for the apparent injustice of the situation, so much so that they’re blinded to the beauty and expanse of God’s love in Jesus. As the reader, we are invited in this story to identify with both the older brother and the younger brother. In the older brother’s incredulity at the father’s response upon the younger brother’s return we see ourselves full of disbelief at who God chooses to forgive. And in the younger brother’s disastrous exile and homecoming we see ourselves for the paradoxical sinners and saints that we truly are.

The father forgives the younger brother without blinking an eye, even sprinting out to greet him with a hug and a kiss. Does this counterintuitive understanding of forgiveness mean anything goes? That we can throw our understanding of right and wrong out the window? Absolutely not! It’s true that Martin Luther said “Sin boldly”—and the younger brother certainly did just that—but Luther didn’t just leave it at that. “Be a sinner and sin boldly,” he wrote, “but believe and rejoice in Christ even more boldly.” In other words, God’s grace cannot me outmatched. And in fact the “biggest” sins serve to reveal just how big God’s grace really is, so big that when we feel our most unworthy, God prepares for us a feast. So big that when we feel another is unworthy, God adorns them in God’s most elegant robe. This is the forgiveness we proclaim when we confess “I believe in the forgiveness of sins.”

In this story we are reminded that God’s grace is as wide as it is deep. It is for those whose offenses fill us with outrage—even Martin Shkreli—as much as it is for us. It is a grace that reminds us, as famed theologian Dietrich Bonhoeffer once wrote, “You are a sinner, a great, desperate sinner; now come, as the sinner that you are, to God who loves you.”

Do a Google Image search for “sinner/saint” to find different ambigrams of those two words (an ambigram is a word that can be read both right-side-up and upside-down). Print the image and using another piece of blank paper, trace it and color it in to hang on a wall in your church or home. If you are extra ambitious, project the ambigram onto a piece of butcher paper taped to the wall and trace an extra-large version. Let the sinner/saint image be a reminder of the story of the prodigal son.

Good and gracious God, we thank you for your boundless grace. We thank you for always welcoming us home even after we wallow in sin. Help our hearts would grow in their capacity for mercy and forgiveness. In Jesus’ name, amen.