The Freedom of a Christian to Love Interreligiously 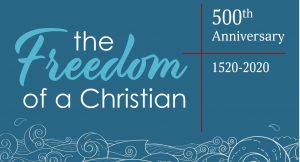 The image became emblazoned in my memory. It was such a powerful visual representation of what it means to take seriously the divine command to love thy neighbor even across religious divides. A Coptic church in Egypt had been bombed resulting in the deaths of 23 Christians and injuring 93 others. The attack was believed to have been perpetrated by a self-proclaimed Muslim militant group. Tensions between Christians and Muslims were already high, the flames of discord were being fanned by extremist groups and by government officials alike. There were also widespread protests and riots against the increasingly authoritarian and antidemocratic government of Hosni Mubarak which exploded into what is now called the 25 January Revolution , leading to the eventual deposition of the ruling government.

In the midst of all that, faithful and pious Muslims and Christians from Egypt offered a glimpse to the rest of the world of what it means to take seriously the divine command to love thy neighbor. The image traveled around the world: a group of Muslims prostrating in prayer at Tahrir square while a group of Christians formed a ring around them, holding hands to protect them, and looking outwardly to give them privacy. Likewise, Muslims would mount guard around Christian churches ensuring their protection while they prayed inside. Similar gestures of inter-religious mutual care and respect abound even if they are not always as dramatic or are not frequently covered by the media. Certainly Christian-Muslim relations in Egypt and around the world are complicated and there are serious issues of justice that need to be addressed for there to be genuine peace, but those instances of mutual solidarity even if ephemeral, can stand as a reminder of what could be possible. That is what makes the image so powerful.

That image, emblazoned in my memory, came back to me as I pondered Martin Luther’s 1520 treatise, The Freedom of a Christian. 1  The treatise is a brilliant and profound presentation of the fundamentals of the Christian faith from Luther’s perspective in the early years of the Reformation movement. This year (2020) marks the 500th Anniversary of its publication. For that reason, the ELCA is been encouraged by our presiding bishop, Elizabeth Eaton, to study the treatise and engage it. Resources such as a study guide, case studies and a PDF of the treatise, are available at https://www.elca500.org/ for anyone interested in studying it or making a contribution to the project.

Therefore, we conclude that Christian individuals do not live in themselves but in Christ and their neighbor, or else they are not Christian. They live in Christ through faith and in the neighbor through love. Through faith they are caught up beyond themselves into God; likewise through love they fall down beneath themselves into the neighbor—remaining nevertheless always in God and God’s love (Freedom of a Christian, 32) . 2

Love of neighbor is not abstract or generic; it is concrete and specific. We learn how to love from Christ. The Freedom of a Christian emphasizes that the love Christ has for all humanity is pure grace; it is not something that we can earn whether by our piety, our good works, or even by our religious beliefs. Out of pure love God in Christ reaches out to us as we are and takes upon the divine self all that we are, including our sin, our infirmities, our mortality, and whatever debt our deeds might have accrued. In turn, we are offered Christ’s holiness, righteousness, eternal life, and all that belongs to Christ. Luther calls this the happy exchange.

When our hearts are opened wide to the grace of God then our insecurities, fears, and prejudices begin to lose their grip on us. And by faith we become capable of love. We begin to see others as Christ has seen us. We become like little Christs for each other and another happy exchange takes place, this time between our neighbors and us. Luther explains it this way:

Just as my faith and righteousness ought to be placed before God to cover and intercede for the neighbor’s sins, which I take upon myself, so also I labor under and am subject to them as if they were my very own. For this is what Christ did for us. For this is true love and the genuine rule of the Christian life. Now where there is true and genuine faith, there is true and genuine love. Hence, the Apostle in 1 Cor. 13[:5] attributes to love that “it does not seek its own.” (Freedom of a Christian, 32).

What does this mean? (Generations of Lutherans grew up having to memorize Luther’s Small Catechism which featured the question: “what does this mean,” after each line of the Ten Commandments, the Lord’s Prayer, and the Catechism). So, what does this mean? What does it mean to “love thy neighbor as thyself,” in today’s world, where many writhe with the pains and frustrations of injustices such as Racism, White Supremacy, fear and hatred of migrants, misogyny, environmental catastrophes, and so much more?

From the image of Egyptian Muslims and Christians protecting each other’s sacred right to pray, and from Luther’s understanding of freedom as joyful service to the neighbor, I have learned the importance of opening up and protecting space for those who are different than me to be as they are. It means that I must learn to approach the otherness of my neighbor not as a problem but in the same way that God has approached my otherness through Christ.

Whether we are dealing with religion, race, gender, sexual orientation, socio-economic class, ethnic origin, political persuasion, or anything else, I must let grace, faith and love guide my vision, not fear, prejudice, or a sense of benevolent superiority that wishes to fix in my neighbor what I perceive to be mistaken or broken with them. It means, first of all, doing what the faithful Muslims and Christians from the picture did almost ten years ago, mutually securing vital spaces for the other to be able to be fully who they are, just as God has done for all of us in Christ. In the overlapping spaces in between those vital spaces of sacred otherness we meet each other and learn what it means to love each other and to be surprised by the loving kindness of God that comes to us embodied even in the otherness of the neighbor.

1.  For a study guide, case studies, and the actual text of Luther’s treatise see https://www.elca500.org/
2.  Martin Luther, The Freedom of a Christian, The Annotated Luther Edition, Timothy J. Wengert, editor (Minneapolis: Fortress Press, 2016). 1517 Media has generously made this version available free of charge for ELCA members and congregations until December 2020. 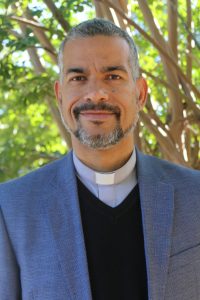 The Rev. Dr Carmelo Santos is Director of Theological Diversity and Ecumenical & Interreligious Engagement in the Office of the Presiding Bishop, ELCA.

He can be reached at Carmelo.Santos@elca.org