The following article was originally published by Church Anew* and is shared on the EIR Perspectives blog with the permission of the author. The original article can be found at here.

This article will introduce readers to a newly-published resource titled, “Preaching and Teaching with Love and Respect for the Jewish People.” This publication is a product of the ELCA’s Consultative Panel on Lutheran-Jewish Relations and was written under the leadership of Dr. Peter Pettit. The title of this new resource echoes the ELCA’s 1994 “A Declaration of the Evangelical Lutheran Church in America to the Jewish Community,” which names an “urgent desire to live out our faith in Jesus Christ with love and respect for the Jewish people.” I was but one contributor to this important work. What follows is my own sense of this document’s significance, goals, and contents. I’ll begin with some reflections on why it is needed in 2022.

In measurable ways, Christian-Jewish relations have improved—whether one thinks in terms of public denominational statements, interfaith collaboration, or deeper attention to Jewish sources in Christian circles. And yet corrosive (and often subtle) currents continue to flow through Christian communities of all theological and ideological stripes. Anti-Jewish attitudes and practices are not unique to the political left or right. They are Christian problems with deep historical roots in some of our most cherished understandings of God.

None of this is surprising. Christianity has many dark and disturbing chapters in its history. In far too many cases, those chapters have involved the Christian mistreatment of Jewish neighbors. Lutherans have a particular stake in this conversation, since our namesake (Martin Luther) represented Jews in profoundly disturbing ways, even calling for rulers to adopt explicitly violent policies. (1)

Concern for the impact of Christian theology on Jewish lives remains of critical importance in contemporary America. The FBI gathers data on hate crimes, which are defined as “a committed criminal offense which is motivated, in whole or in part, by the offender’s bias(es) against a: race, religion, disability, sexual orientation, ethnicity, gender, gender identity.” The data are unambiguous: Jews remain at risk in America today. In fact, of all the religious groups the FBI tracks, Jews are the most at-risk religious group in America. According to the 2020 report, there were 683 anti-Jewish incidents (a 28% drop since 2019), 110 anti-Muslim incidents (a 38% drop since 2019), 15 anti-Buddhist incidents (increase of 200%), and 89 anti-Sikh incidents (82% increase). The Anti-Defamation League also does a yearly audit of anti-Jewish incidents. In 2020, they reported 2,024. The numbers tell a shocking story: The Jewish community bears the brunt of anti-religious hatred in America.

Given these contemporary realities, I was eager to accept an invitation from Dr. Pettit to contribute to “Preaching and Teaching with Love and Respect for Our Jewish Neighbors.” His vision for this project and his resolve to see it to its conclusion animated the writing team’s work at every juncture.

As the title indicates, this guide is for anyone in the church who has a teaching or preaching role. At first glance, that might seem too narrowly construed. But it all depends on how one defines preaching and teaching. As I see it, this guide was written for anyone involved in the church’s public witness to the gospel of Jesus Christ.

With this definition in mind, the audience for this guide includes everyone from pastors to digital content creators, from youth leaders to musicians, and from confirmation teachers to adult education facilitators. Regarding content creators, it is especially important to note the significant role played by visual media in the perpetuation of anti-Jewish concepts and sentiments. This observation was true in the period of the Reformation and remains true today. Anyone charged with the task of teaching children (camp counselors, youth workers, teachers) would benefit from this guide, since many of the most problematic anti-Jewish ideas creep in (often unintentionally) when we are very young.

The guide itself can be used in a variety of ways and contexts. As a starting point, it is divided into ten major sections (more on this below), making the document easy to adapt into a curriculum, whether in the context of individual or group-based study. Given the abundance of bibliographic references, the guide can also serve as an entry point into the larger world of Jewish-Christian dialogue. With the slow rise of Jewish-Christian dialogue, an abundance of resources now exist that can help a person navigate both the joys and complexities of this important conversation. And finally, the guide could easily provide scaffolding for a sermon or teaching series. Many other options exist, but these can at least serve as a starting point.

The guide is structured around 10 topic areas. The first six emerge out of Scripture itself and include the following:

The final four pay attention to key theological categories that have a special place within Christian (and especially Lutheran) theology and liturgy:

Each of these topics is covered in a mini-essay (typically just a few pages long), which begins with a section we title, “Problematic” and “Better.” Here we describe problematic ways the topic of choice has been engaged in the church, followed by a proposal for a better way forward.

Regular call-out boxes draw attention to key biblical texts, practical insights, and other notable facts. Each essay is intended to be theologically rich and eminently practical.

A Handful of Hopes

As a scholar and teacher of the Old Testament, I take great delight in introducing Christians to the fascinating world of early Judaism. This is, quite literally, the matrix of Jesus’ own religious and cultural identity. But more is at stake than mere historical curiosity. Christian love and respect for Jewish people is not simply grounded in the fact that Jews are human beings who bear the image of God—they certainly are, as are all humans. The Jewish people bear an additional mark of dignity: they are a covenant people whose members are the recipients of unbroken divine promises. Jesus’ life, death, and resurrection do nothing to alter this. When Christians deny the covenant status of the Jewish people, they undermine the very foundations of Christian hope. Anti-Jewish theology is anti-Christian theology. My first hope is that this guide will encourage a similar conviction among its readers.

I am regularly troubled by how effortlessly we, as Christians, slip into anti-Jewish ways of interpreting the Bible and especially the person and work of Jesus. My second hope is that readers of this guide will develop a deeper awareness of how anti-Jewish currents are still very much at work in Christian churches today—and probably also in their teaching, preaching, and theology.

Finally, I hope this guide will inspire interfaith cooperation. Jewish people are often members of our communities. Jewish children play on soccer teams, participate in 4-H, and make music in the school band. Jewish adults run for local office, manage local businesses, and donate to important causes. It’s one thing to speak more accurately and generatively about Jesus’ Jewish heritage and quite another thing to see Jewish people as important partners in the making of a more fruitful and trustworthy world. Working toward the latter will require Christians first to examine how their own theological tradition works against just such a future. 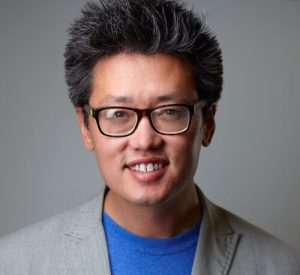 Dr. Michael J. Chan is the Executive Director of the Center for Faith and Work at Concordia College, Moorhead, Minnesota and serves on the ELCA Consultative Panel on Lutheran-Jewish Relations.