Hurricane Sandy: Mark on the Caribbean

Last week the world was just hearing about Hurricane Sandy.  I was in Haiti visiting our companions and discussing work still underway from other large disasters from recent years. The rain was pouring from the time I touched down in the country early Tuesday until I left late Thursday.  Haiti typically gets stints of rain that last a few hours, but a few days?  In the context, a little bit of rain can go far and a lot of rain can destroy people’s livelihoods, health and well-being. 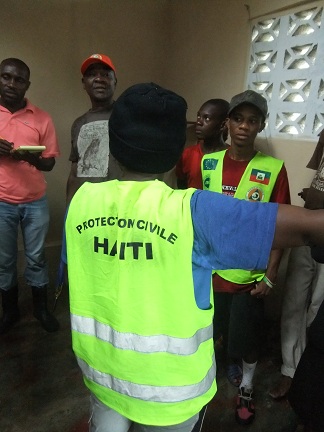 Upon my departure from Haiti, I began to hear stories of towns under water and people missing.  Now, four days after the storm has passed Haiti more accurate information on Sandy’s destruction is known.  Haiti has reported over 50 people dead and many more missing.  For Cuba that was more directly hit by the storm, Sandy is the second deadliest storm to hit the island nation in fifty years killing 11 people.  Elsewhere, Jamaica has confirmed one person dead and the Bahamas two.

The ELCA has been gifted with relationships and networks of actors all around the world that can pull together in times of need.  As we work with our companions to respond to the needs of under-served families devastated by Hurricane Sandy in the Caribbean, we are also in thought of our communities in the US that are bracing for the impact of the storm.

I encourage you to find time in your day to give thought in prayer to those who have already experienced loss and for those that will in the days to come.  Please also participate in the response either through your giving of time, prayer or resources.  Tomorrow we will be issuing an appeal with ways to give and more information about the response of your church, the ELCA.

___________
Gifts to ELCA Disaster Response allow the church to respond domestically and internationally in times of need. Donate now.