2022 was a full year for Lutheran Disaster Response (LDR). The highest profile event is the ongoing war in Ukraine. Since Russia’s invasion on February 24, more than 7.8 million people have fled Ukraine to neighboring countries in Eastern Europe and another 6.5 million became internally displaced. LDR is accompanying partners in eight countries, including Ukraine. As the war carries on, we will continue to extend our support to these partners

In addition to the war, LDR worked with partners to respond to a wide range of other disasters, including Hurricanes Fiona and Ian, tornadoes, flooding, wildfires and gun violence. Internationally, some examples of responses in 2022 include monsoon flooding in south Asia, migration in Central America and refugees in the Middle East.

LDR also is increasing funding for resilience and preparedness projects that seek to address the underlying causes and consequences of climate change and social inequality.

Here are just two stories from our partners in 2022: 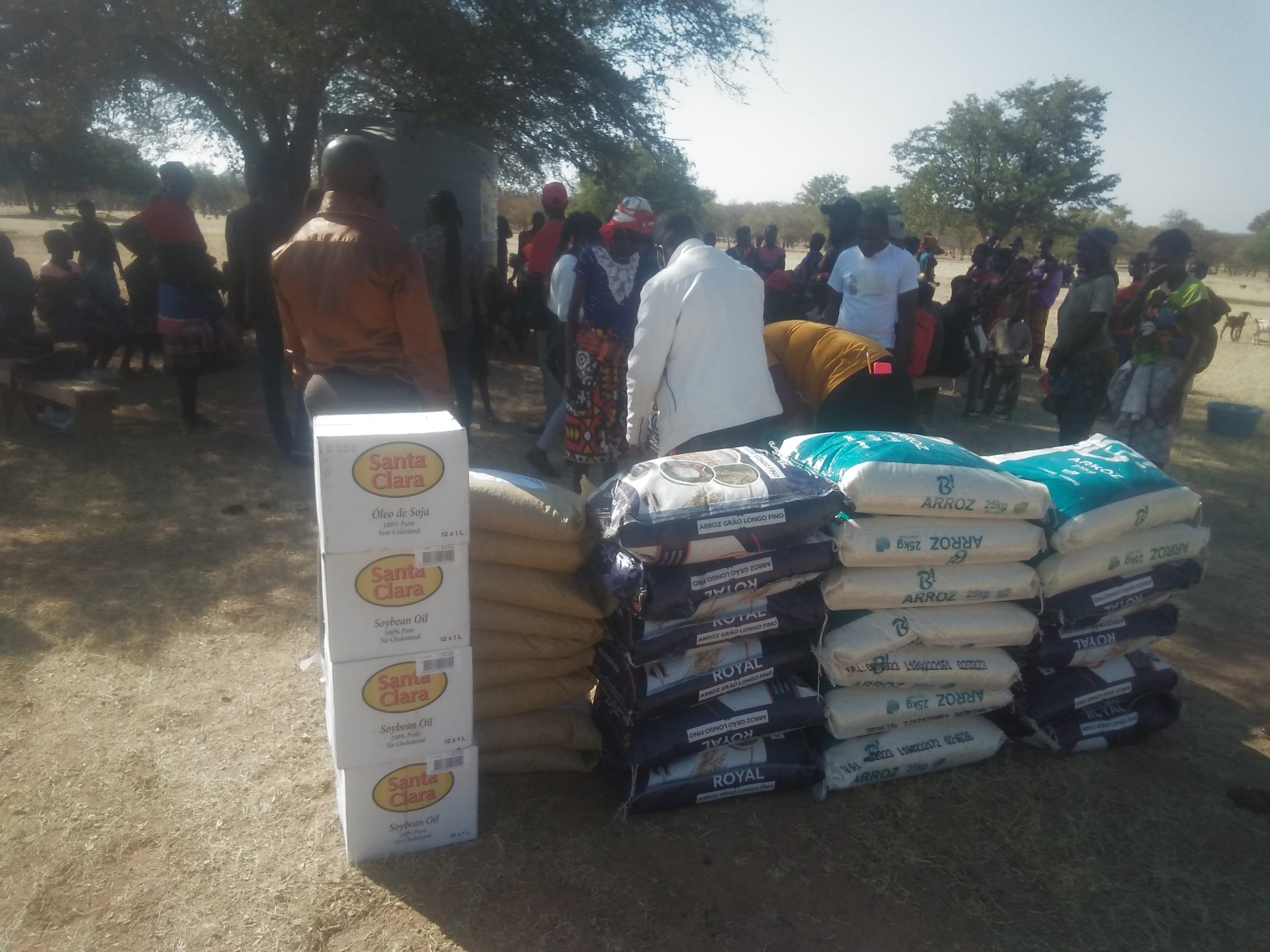 The Evangelical Lutheran Church in Angola distributing food to people impacted by a drought in Angola.

The Horn of Africa is currently experiencing its worst drought in recent history, impacting more than 15 million people across multiple countries. Families are displaced and have lost the crops and livestock they need for food and income. Beyond the Horn of Africa, Angola is also experiencing severe drought. LDR is working with partners in the region to provide relief for impacted people in Angola, Ethiopia, Kenya and Somalia.

One of those partners is the Evangelical Lutheran Church in Angola (IELA). With a grant from LDR, the church was able to feed over 1,500 people in the southern provinces of Cunene and Huila. These provinces have lacked rain for the past four years.

IELA has a strong partnership with the Angolan government and they help each other to help people suffering from the drought. One local government official said, “Whenever we receive a phone call from IELA, we know that there is news of social assistance.”

Muteka Hipopi is a recipient of the food support from IELA. He lives in Kandeva, a community impacted by the drought. There has been very little rain for a few years, leading to famine and leaving people unable to support themselves and their families. He said that many younger residents in his community left for Namibia in search of better livelihoods. After receiving food from IELA, Muteka became hopeful and saw there are people around the world that care for him and others affected by the drought and famine.

While the region still waits for substantial rainfall, LDR and our partners will continue to walk alongside our neighbors in southern Africa and the Horn of Africa. 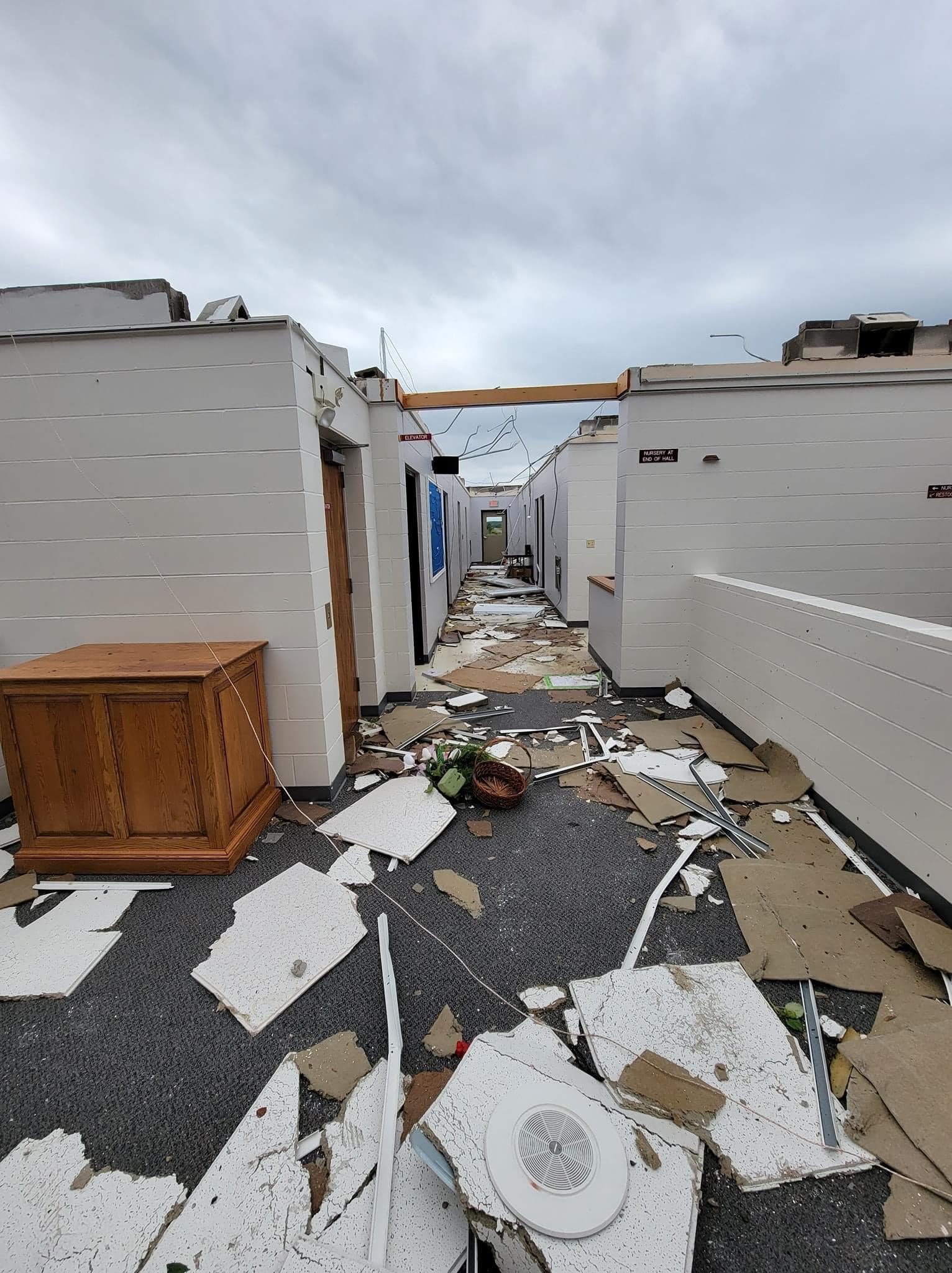 A tornado destroyed Beaver Valley Lutheran Church in Brandon, SD in May 2022.

Beaver Valley Lutheran Church, in Brandon, South Dakota, was hit by a tornado on May 30. The tornado damaged their building, with the most damage in the church offices and education areas. With a grant from Lutheran Disaster Response, through the South Dakota Synod, the Beaver Valley congregation has been able to continue serving their community despite being displaced from their building. They bought new computers and office equipment, relocated their preschool and created four produce stands to supply their community with fresh fruits and vegetables.

Within the primarily rural community of Brandon, Beaver Valley is very active and visible. Pastor Greg Johnson told the story of a conversation he had with a man near one of the produce stands. The man wasn’t a member of Beaver Valley but had witnessed the work they did for the community. The farmer donated two semi-loads of corn – likely around $10,000 worth – for their produce stands. This is just one example of the impact of the church on their community and, in return, the community’s impact on the ministry of the church during a difficult time of recovery.

The generosity throughout the community, even beyond the work of Beaver Valley, is valued and celebrated by everyone affected by the tornado. Although Beaver Valley’s building was damaged, their ministry was not. If anything, they became more active in the town, showing God’s love when the community was most in need.

All this crucial work is made possible by the partners of LDR, including ELCA synods, social ministry organizations, global companion churches and ecumenical partners. The staff and volunteers of our partners are touching the lives of people impacted by disaster every day, accompanying them through the journey of recovery. Finally, our generous donors follow Christ’s call to share hope with our neighbors in the United States and around the world. We are so thankful for all our partners and donors!