Needs of the Afflicted: Drought in Ethiopia

According to the UNICEF report, almost one million children are in need of treatment for severe acute malnutrition in Eastern and Southern Africa. UNICEF notes that:

“If you offer your food to the hungry and satisfy the needs of the afflicted, then your light shall rise in the darkness and your gloom be like the noonday.” 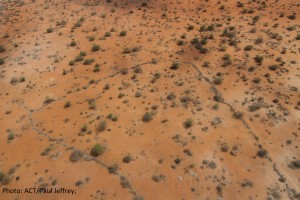 Lutheran Disaster Response understands, as part of a community of faith, it is important that we never forget the importance of our presence in the world. How God uses us to feed the hungry and provide for the afflicted.

In addition to the $53,153 committed to Malagasy Lutheran Church in Madagascar, Lutheran Disaster Response has committed $70,000 to accompany Lutheran World Federation in Ethiopia to provide for the immediate hunger needs. The overall goal of the planned emergency response is to contribute to the efforts of saving lives and livelihoods and to mitigate the effects of drought in five districts of Afar, two districts of Oromia, and one district of Amhara region of Ethiopia. Through Cash for Work (CFW) activities LWF plans to reach about 56,866 individuals with about 12,000 of them being children.

Here’s how you can be a part of the response:

Your gifts are needed now to help with immediate relief to assist those directly impacted by the droughts. Gifts to Lutheran Disaster Response will be used to provide immediate, life-saving aid.