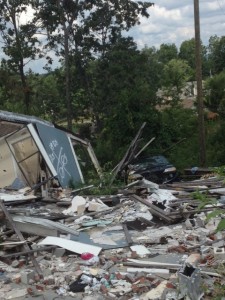 My name is Pastor Michael Stadie and I am the Program Director for Lutheran Disaster Response. The second week of July, I had the privilege to spend some time with Ron Turney and Heather Turney from Lutheran Ministries of Alabama (LMA). LMA is working with those impacted by tornadoes in April 2011 as well as January 2012.

The city of Clay and LMA have developed a great working relationship in helping the people in that community recover from the January storm. LMA has a disaster case manager that is able to spend one day a week in a space provided by the city. This location will help those impacted by the storms to have easier access to case management services, which in turn, will help speed their recovery.

After touring the area, it is clear that many people in Clay are just now beginning their road to recovery. As the pictures in this post indicate, some homeowners, primarily due to issues with their insurance companies, have not been able to clean up their property. Sadly, some families have had to abandon their homes. These situations reflect the scope and importance of the work being done here by LMA. 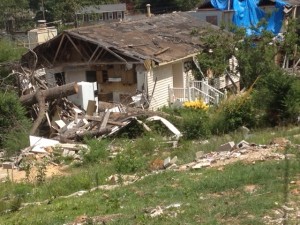 During my time there I had the opportunity to visit with Pastor Larry Richardson from Faith Lutheran in Clay, which has agreed to host volunteers working in the community. In coordination with LMA, the congregation has made a strong commitment to provide hospitality for those helping to clean up and rebuild Clay.

I was able to visit with Pastor Sandy Niiler, interim pastor at Christ Lutheran in Cullman, a congregation that was destroyed in the April 2011 tornado. Pastor Sandy gave me an update on the rebuilding process; groundbreaking was held about a week before I was there. As the congregation is rebuilding, they are also rethinking their role in the community and planning ways to become more active participants in their shared future. This is one of the amazing ways in the wake of tragedy that God brings hope, as a congregation severely impacted by a disaster finds a new sense of mission to its community. 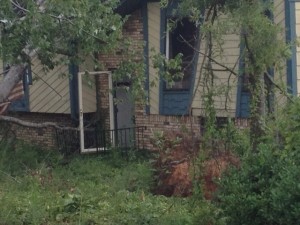 My trip also involved visiting the Camp Noah at Pratt City area of Birmingham. Camp Noah is a program of Lutheran Social Services of Minnesota which works with children affected by disaster Volunteers from the local community and Maryland were having a great time working with 75 children attending the camp. Although the weather was very hot, you could feel the enthusiasm and excitement of the children as soon as you walked in the door of the community center. Little did they know that just a day or so later, First Lady Michelle Obama would be visiting; something that raised the excitement level through the roof. While I was not able to present for Mrs. Obama’s visit, I was so very happy that both LMA and Camp Noah were able to be in the national spotlight for the great work they have been doing helping the people of Alabama recover. (Please see a previous post about Mrs. Obama’s visit to the Camp Noah.)

After my time in Alabama, I attended the National Youth Gathering in New Orleans. Thank you to all who stopped to visit and sign up for the T-shirt raffle. It was great to hear that so many people from around the country know of the work of Lutheran Disaster Response.

As I continue my visits to other parts of the country that have been impacted by disasters, I will post additional updates.