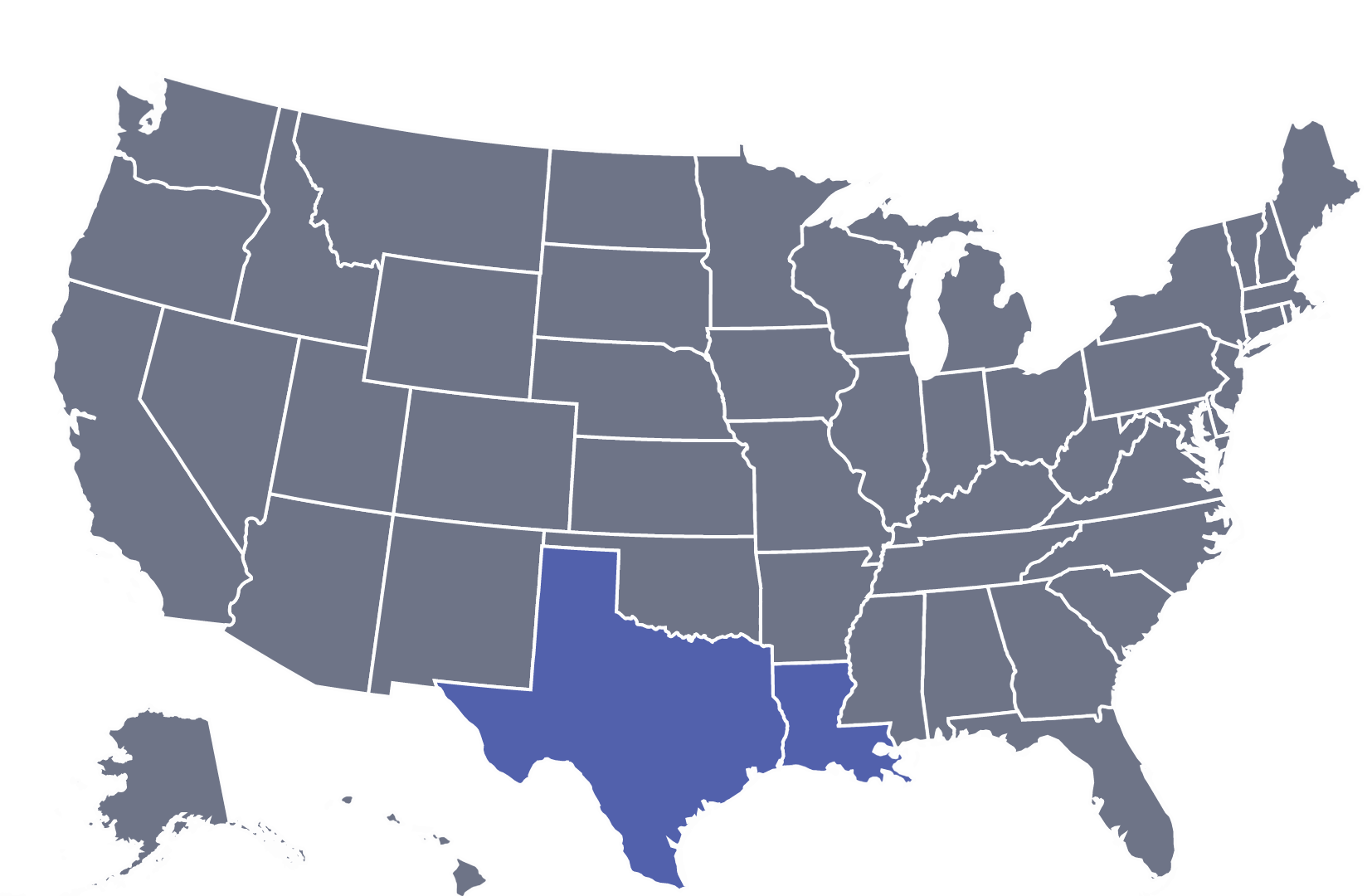 On March 21-22, a storm system moved through several southern states, including Texas and Louisiana. It spawned multiple tornadoes, including an EF-3 tornado in Arabi, La., which killed one and damaged dozens of homes. 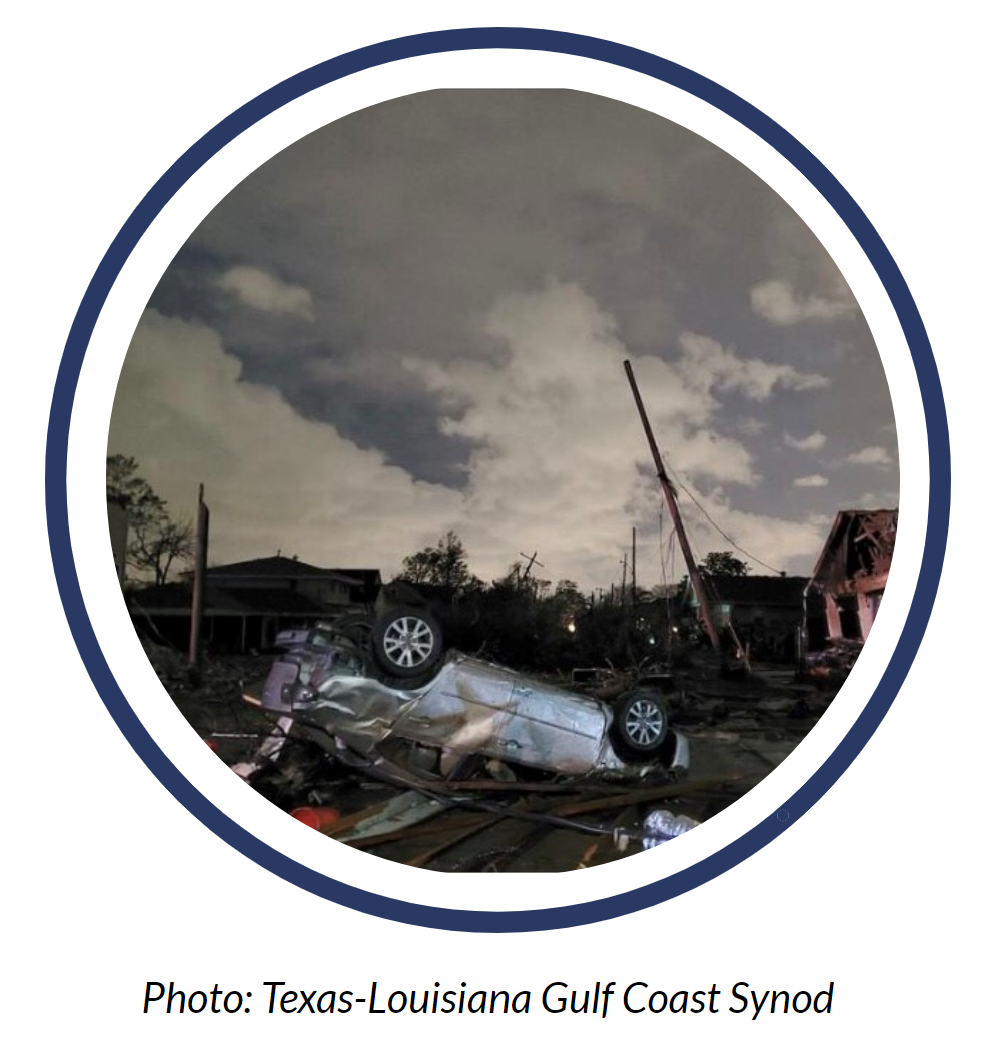 The Texas-Louisiana Gulf Coast Synod, with support from Lutheran Disaster Response, is addressing immediate needs for those impacted by the storms. In Arabi, Gethsemane Lutheran Church-Chalmette is coordinating with other organizations to distribute food supplies and expects the need for its own food pantry to grow. The church’s preschool is also welcoming in students from a nearby preschool that was damaged in the storms.

Pray
Please pray for people who have been affected by the tornadoes in Texas and Louisiana. May God’s healing presence give them peace and hope in their time of need.

Pray
Please pray for people who have been affected by the winter storm in Texas. May God’s healing presence give them peace and hope in their time of need.

Pray
Please pray for people who have been affected by the bombing in Nashville. May God’s healing presence give them peace and hope in their time of need. 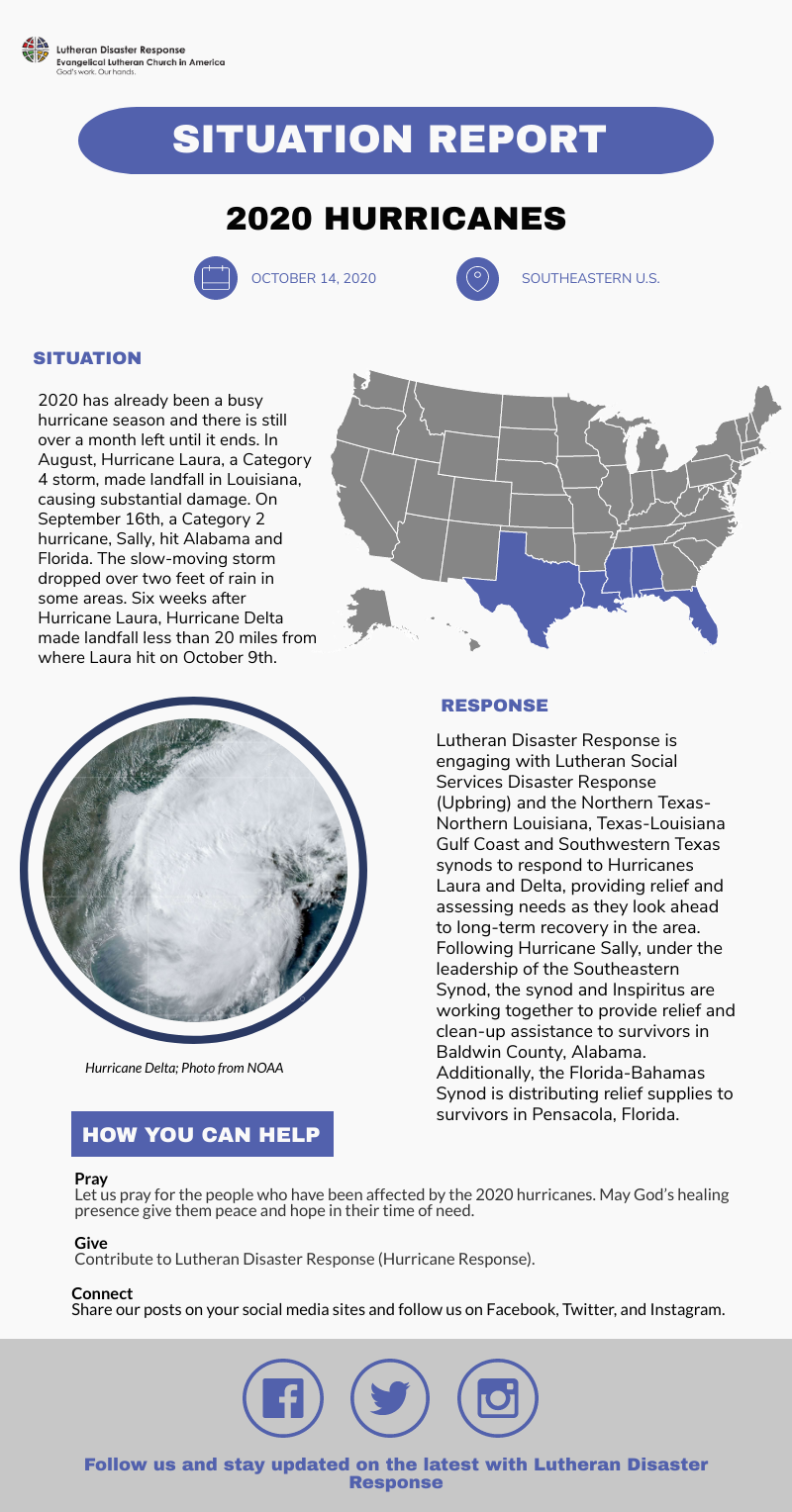 Pray
Please pray for people who have been affected by the 2020 hurricanes. May God’s healing presence give them peace and hope in their time of need. 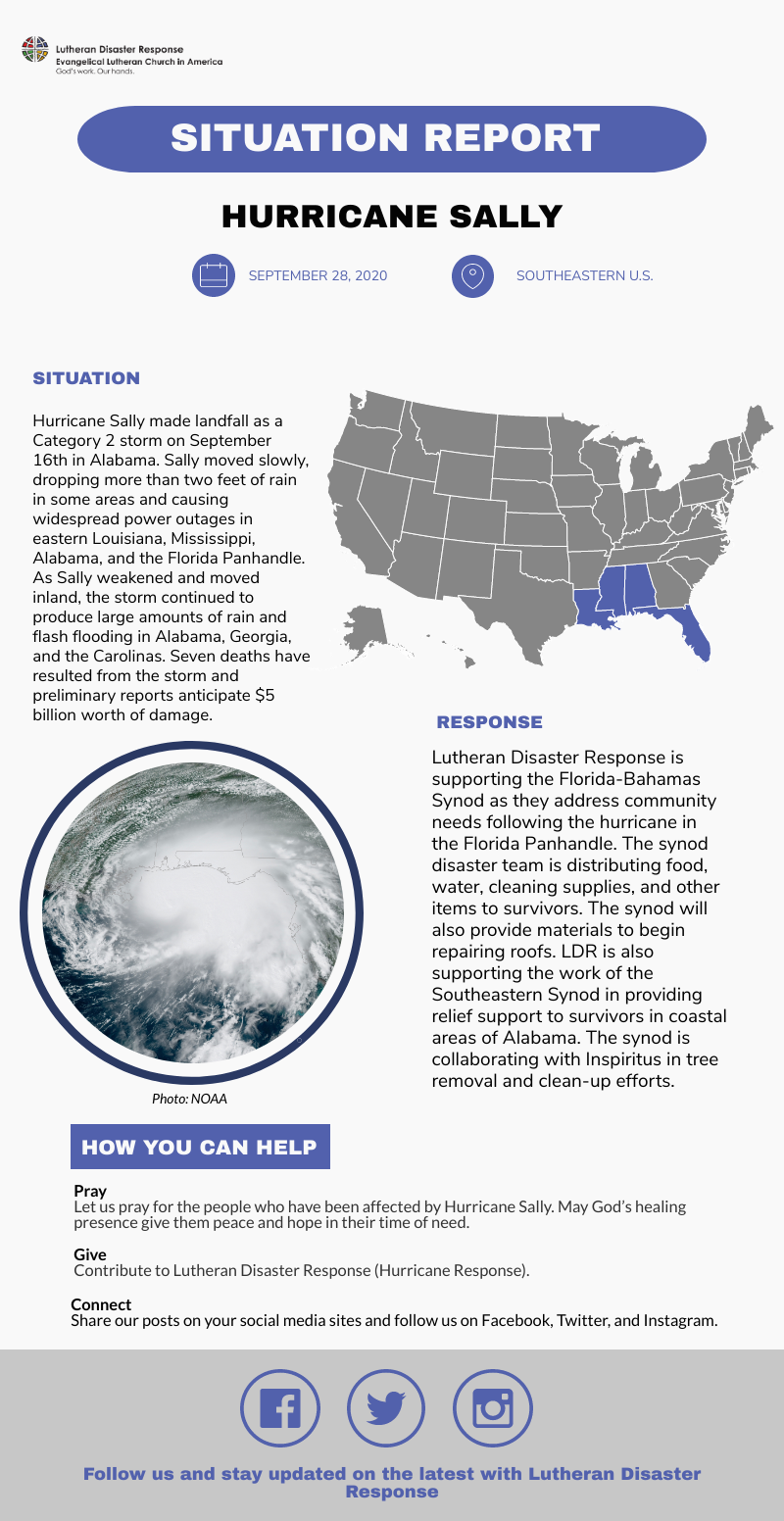 Pray
Please pray for people who have been affected by Hurricane Sally. May God’s healing presence give them peace and hope in their time of need.

Disaster as a Means of Love

On March 2-3, 2020, Tennessee was battered by a series of tornadoes. Inspiritus, an affiliate social ministry organization of Lutheran Disaster Response (LDR), was one of the first response groups to arrive on the scene in Cookeville, TN, which was devastated by an EF2 tornado. Four months later, the impacted communities are moving into the long-term recovery phase and Inspiritus continues to coordinate on-the-ground response efforts and plans to remain engaged until the community recovers fully.

In the days following the tornadoes, volunteers flooded into Cookeville to lend a hand. The first weekend brought a total of 3,000 volunteers from various organizations, including Inspiritus, although that number fell during the week, which is normal for disaster response. For the next couple of weeks, the number of volunteers averaged from 50-80 people on weekdays and about 100 per day on the weekends. But in the beginning of April, the governor of Tennessee issued a stay-at-home mandate for the state in an attempt to minimize the spread of COVID-19, and the number of volunteers plummeted to the single digits. With physical distancing measures in place, Inspiritus had to adapt – fast.

Kevin Burgess, Inspiritus’ construction lead in Cookeville, worked with the leadership team and volunteer teams to quickly develop and adopt strategies to protect both volunteers and tornado survivors. Personal Protective Equipment (PPE) is now required, and volunteers do not enter the homes of residents unless necessary for repair work, so any socialization with residents occurs outdoors. Burgess also placed a limit on the number of people allowed in the Volunteer Reception Center at one time. However, these rules don’t change the mission of the disaster response.

“Because when you’re going to work with an 80-year-old retiree, you don’t want to risk the chance of sharing a communicable disease with them,” says Burgess. “It becomes more and more about the people. That’s always been one of my high priorities – the people come first. Through the pandemic, that was just amplified.”

Inspiritus limited their work groups to eight volunteers and chose to focus on using heavy machinery to clear debris. This allowed volunteers to isolate themselves from others but still do their work efficiently. The use of heavy machinery also helped with another strategy – bringing debris to the streets. Government workers typically cannot pick up debris from private properties, so the contractors hired by the Tennessee government cleared wreckage from the tornadoes on public roads. Volunteers from groups such as Inspiritus play a key role in maximizing taxpayer resources to make the tornado response as efficient as possible by moving otherwise unreachable debris from private property to the public right-of-way.

As work continues in Cookeville, and in every community in which LDR affiliates work with after disasters, the people are always the focus. According to Burgess, “The heart of Inspiritus is not to come and put a band-aid on it, but we want to come and see people restored, back in their homes, and thriving.” Currently, Inspiritus is finishing up immediate relief and debris clean-up and looking ahead to long-term recovery in the area. With the pandemic still an issue, the recovery phase will also look different from in the past.

Luckily, Burgess has a passionate group of dedicated volunteers and a leadership team to get the work done. Many members of the leadership team have full-time jobs, yet they still find ways to concentrate on tornado relief and recovery. The assistant director of the Inspiritus response team in Cookeville is Randy Adams, who is also working his full-time telecommunications job remotely from the disaster headquarters. His wife, Debbie, works as a case manager for Inspiritus. The volunteer coordinator, Johnny Harrison, is a local middle school teacher; with schools switching to remote learning in the spring, he took the time to give back to his community. Burgess emphasizes that the volunteers, from all groups and faith-based organizations, are truly the heart of disaster response.

“The laborers in the field are Lutheran, Methodist, Pentecostal, Baptist, Mennonite, Amish. We have had all different denominations. This is not an individual denomination, but this has truly been a body of Christ coming together and ministering together and not worried about who gets the credit. And it’s just a beautiful, beautiful way that I believe the Lord can take disaster and crisis and turn it into a means of love.”

After disasters in the United States and around the world, LDR affiliates and ecumenical partners such as Inspiritus accompany communities in immediate relief, long-term recovery, and resiliency projects. From clearing debris and rebuilding homes to planning for future disaster mitigation, LDR and its affiliates take the necessary steps to accompany communities in upheaval through hope, healing, and renewal. As demonstrated by the volunteers of Inspiritus and other affiliates, Lutheran Disaster Response is prepared to care.