This past Sunday, across many Christian traditions, the season of Advent began. This season begins with apocalypse, revelation. Contrary to the popular and colloquial use of the term apocalypse, it does not mean “end of the world.”  Quite literally, apocalypse means revelation, pulling [the curtain] away. When a play begins there is an apocalypse – the curtain is drawn, and the show is revealed. When I was a child, every morning was apocalyptic; my mother would pull the covers off me, my day began exposed to the chilling reality of a new day. 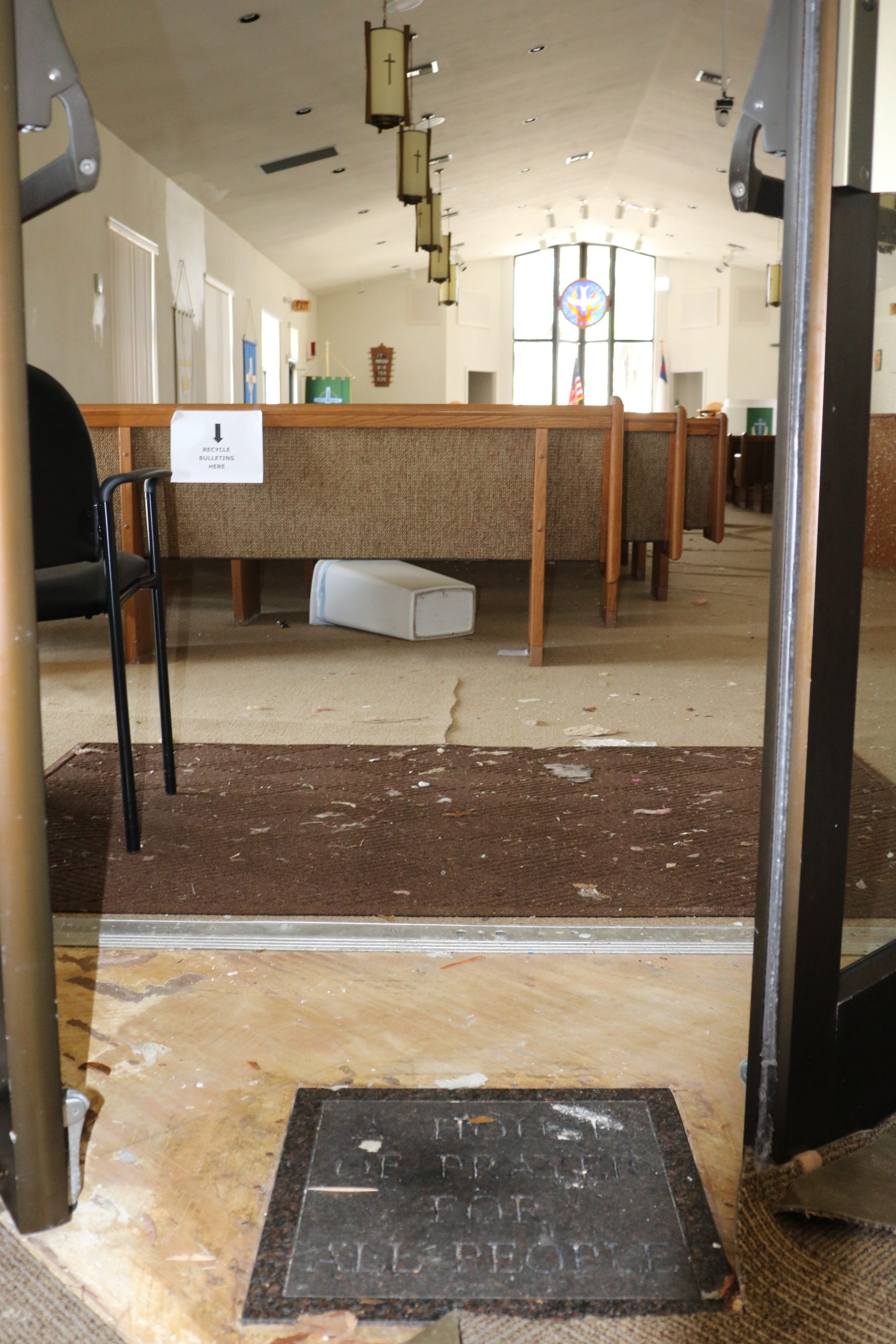 The entrance to the sanctuary of St. Peter Lutheran Church in Fort Myers Beach, Fla. The plaque reads “House of Prayer for All People.”

Recently, I was honored to represent Lutheran Disaster Response alongside Presiding Bishop Elizabeth Eaton and Bishop Pedro Suarez of the Florida–Bahamas Synod in bearing witness to the initial response and relief work in southwest Florida after Hurricane Ian. Many described the scene as apocalyptic – in both senses of the word. The power of creation manifest in a hurricane like Ian is awesome and horrifying.

Disasters are apocalyptic. The fragility of human society and engineering is revealed in piles of rubble; the disparate impact disaster has on poor and working people, which are disproportionately communities of color. Mansions are left standing among the rubble of the homes of those who could not afford hurricane-resistant architectural upgrades. Those with strained finances fall further and further behind those with ample extra grain silos.

Advent is also a season of hope. How can we hope in the midst of disaster, apocalypse? Jesus does not promise that his followers won’t be without suffering. In fact, throughout the Biblical witness, God is present in the midst of desolation and destruction. Even last Sunday, Jesus promised to be present during apocalypse, revelations of who we are as people, communities, and a society. The divine is not a source of the destruction, but the source of life which endures in its midst. Among the destruction in southwest Florida, one apocalypse of many, the Fountain of Life is alive and working through aid workers, emergency service providers, and neighbors offering mutual support; God’s voice echoes with those demanding justice; people from around the world are sharing their time and talents. Martin Luther is famed for teaching that humans are “simultaneously sinner and saint.” The apocalypse of disaster reveals both the shocking evil and persistent good. In this season of Advent, I invite you to join me in discerning the ways God is present in the midst of disaster, discerning what God is calling us to do, and participating in God’s saving, healing, feeding presence.