Crisis within a Crisis: Immigration around the Globe. Exacerbating the existing vulnerabilities of the world’s refugees and internally displaced people in the midst of a pandemic.

“Governmental oppression, war and famine send historic numbers of people streaming via dangerous routes into nearby countries that are overwhelmed and often reluctant to accept them. People are treated as “suspicious” or are brutalized simply because of their gender, race, ethnicity or religious beliefs”.

A Social Message on Human Rights, 2017

An unprecedented global pandemic that knows no border has brought into sharp focus the intersection of immigration and public health policy, and the unique challenges that immigrants, refugees and asylum seekers face throughout the world today. This pandemic is on track to exacerbate the vulnerabilities of some of the 272 million international migrants worldwide. Persons displaced internally and across borders are particularly at risk – and the majority of the world’s 25.9 million refugees and 41.3 million internally displaced persons are in developing countries that are being affected by the pandemic, where government institutions and medical facilities won’t be able to cope with the disease due to lack of infrastructure, resources and human capital.

https://assets.weforum.org/editor/responsive_large_webp_gKyssTbK1uVQQcxOsKfhCaQkB-v0IUg9HL_wHf-uQO8.webpGovernments are increasingly introducing measures to ‘flatten the curve‘ as infections are detected in a growing number of countries. As of 26 March, over 180 countries, territories and areas had passed travel restrictions due to COVID-19, including prohibitions of entry of nationals from other countries. These measures are complemented by the closure of borders in several countries, as well as the temporary suspension of labor migration from South Korea to Argentina, though the epidemiological research on pandemic travel bans show that they are ineffective and do not prevent the spread of disease particularly when the pandemic has already spread. A virus spreads among citizens just as fast, without selecting who to target. 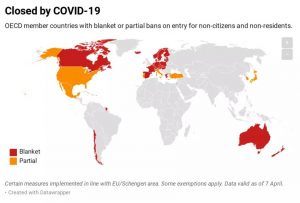 Migrants living in camps at the doorstep of Europe or the United States face the possibility of a devastating virus outbreak given their proximity to highly affected countries and their often-cramped living conditions, coupled with already stretched healthcare services. According to AMMPARO companions, serious outbreaks have already happened among migrants and shelters that are Covid-19 free are no longer accepting new residents for that reason. Physical isolation is not an option.

While the coronavirus pandemic has eclipsed a recent crisis at the border between Turkey and Greece, the situation of facilities in the Greek islands is alarming, leading some to call for the immediate evacuation of migrants. Similar fears of a COVID-19 outbreak have been expressed over a makeshift migrant camp at the US-Mexico border. 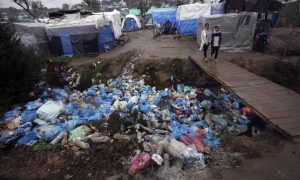 20,000 people are currently living in and around Moria refugee camp on Lesbos. Photograph: Miloš Bičanski/Getty
https://www.theguardian.com/global-development/2020/mar/11/lesbos-coronavirus-case-sparks-fears-for-refugee-camp-moria

The ELCA continues to  and related matters in Mexico and the Northern Triangle of Central America through the AMMPARO program and its advocacy work.

The plight of migrants in camps is not only at stake in those regions worst affected by the pandemic. As the virus progresses, it will endanger the lives of many in countries that host a large number of displaced persons, such as Jordan, Lebanon, Syria or Bangladesh. Resettlement is even more remote as the International Organization for Migration and the United Nations High Commissioner for Refugees have been forced to temporarily suspend refugees’ resettlement travels due to states’ mobility restrictions and concerns over exposing refugees to COVID-19. Developing countries will need the support of the international community to combat the virus for all who live in their communities. 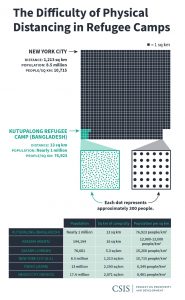 Coronavirus is also exacerbating the vulnerabilities of migrants working in destination countries. Questions are being raised about the risks for migrant workers in the Gulf Cooperation Council (GCC) countries, as most of them live in highly populated migrant labor camps with insufficient sanitary conditions and pre-existing health issues caused by their work. In addition,  detained administratively in cramped facilities are at greater risk of becoming infected. Belgium, Spain, the Netherlands and the United Kingdom have released some irregular migrants from administrative detention given the inability to proceed with deportation under the current state of emergency. The same pledge is being done in the United States, especially after the death of a 57-year-old man in immigration custody held at the Otay Mesa Detention Center in San Diego and a second death of an immigrant detained at Stewart Detention Center in Georgia

More generally, the lockdown of some countries is impacting all state services, slowing down both migration processing and assistance provided to asylum seekers. Some essential migrant support services are simply being closed until further notice due to the prohibition of social gatherings, as is the case with a migrant kitchen at Colombia’s border that normally feeds around 4,500 Venezuelan migrants every day and offers basic medical services.

In the United States, migrants including unaccompanied children are being turned back at the border or deported back to countries of origin despite their well-founded fear of persecution. All immigration cases except of those detained are being adjourned to new dates. 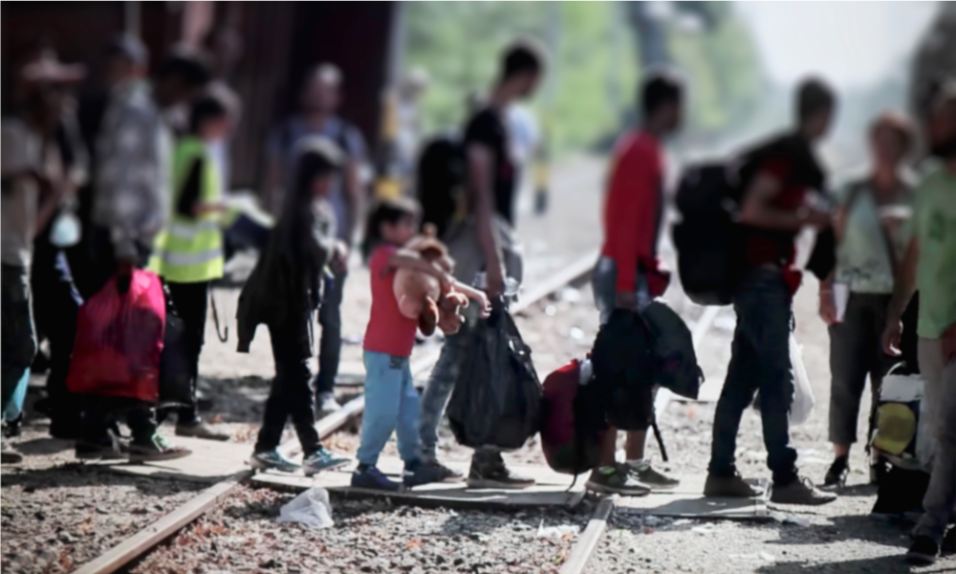 Migrants’ socioeconomic status may negatively impact their ability to take all precautionary measures against COVID-19 and to receive medical care if contaminated due to lack of or inappropriate health insurance and insufficient financial resources. Among these migrants, those in an undocumented   are often uninsured and may be reluctant to enter medical facilities for fear of being reported if no appropriate firewalls exist regarding data sharing with the immigration and law enforcement authorities. From China to South Africa, and the United States, calls are being made for inclusive COVID-19 responses to ensure migrants are incorporated not only into public health strategies and planning around the world, but also in their national economic relief responses.

Our Church, Our Social Statements, Our Actions During Times of Coronavirus 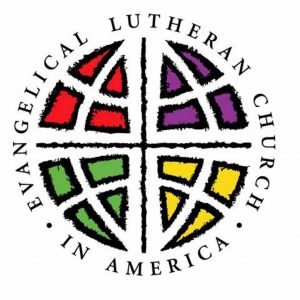 A longer-term impact of COVID-19 may be on the future of migrants’ integration and social cohesion. Feelings of distrust and instances of discrimination exacerbated by fake news, misinformation and the politicization of the issue have already emerged. The spread of the virus in some countries in Western Africa has even been referred to as the ‘coronization of populations’ – that is, a new form of colonization through the coronavirus, exposing a deep-seated xenophobia as well, especially an Anti-Asian sentiment.

Uncertainty and anxiety should not become justifications for scapegoating migrants, but rather should be an opportunity to better display empathy and solidarity. The loss of control being felt across communities in the United States and elsewhere – related to the inability to cross borders, the restrictions on freedom of movement, displays of extreme panic buying, and feelings of physical isolation – provide insights into the daily struggles faced by displaced persons around the world every day. As church, we should use this understanding to ensure migrants are not left behind and address the scourge of racisms within the policies that sustain our country and communities as well as those in other countries. Lutherans have a long history of supporting migrants in the US (e.g. 2019 Churchwide Assembly actions through the adoption of the AMMPARO strategy in 2016 and becoming a sanctuary church body in 2019 as well as CA19.03.11 and CA19.05.31). The ELCA Human Rights Social Statement encourages us to draw attention and find courage, and act with discernment and action to promote and protect human rights.

In recent years, migrants are often treated as “suspicious” or are brutalized simply because of their gender, race, ethnicity or religious beliefs. And the root causes of their migration journey usually lie because of war, extreme poverty, lack of access to basic services, such as clean water, and environmental degradation, which doesn’t allow them to flourish within their communities. Our church teaches us that “through Jesus, our relational God took on the vulnerable and finite human form of a Jewish man, a group oppressed by the Roman Empire. The Word’s embodiment in concrete, finite form teaches that recognizing the multidimensional needs of human bodies is one means of honoring God’s creation. Working to uphold rights is a concrete way to respond to the neighbor’s need”. 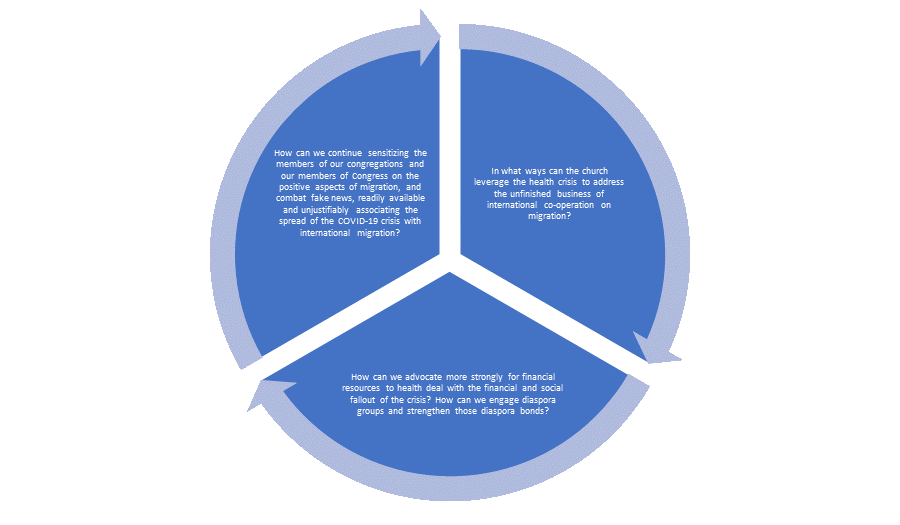 Genesis 12:1 – The call of Abram:  “Go from your country and your kindred and your father’s house to the land that I will show you.”

Look for more information about how the AMMPARO network is responding to vulnerable communities both international and in the US in upcoming blog posts.